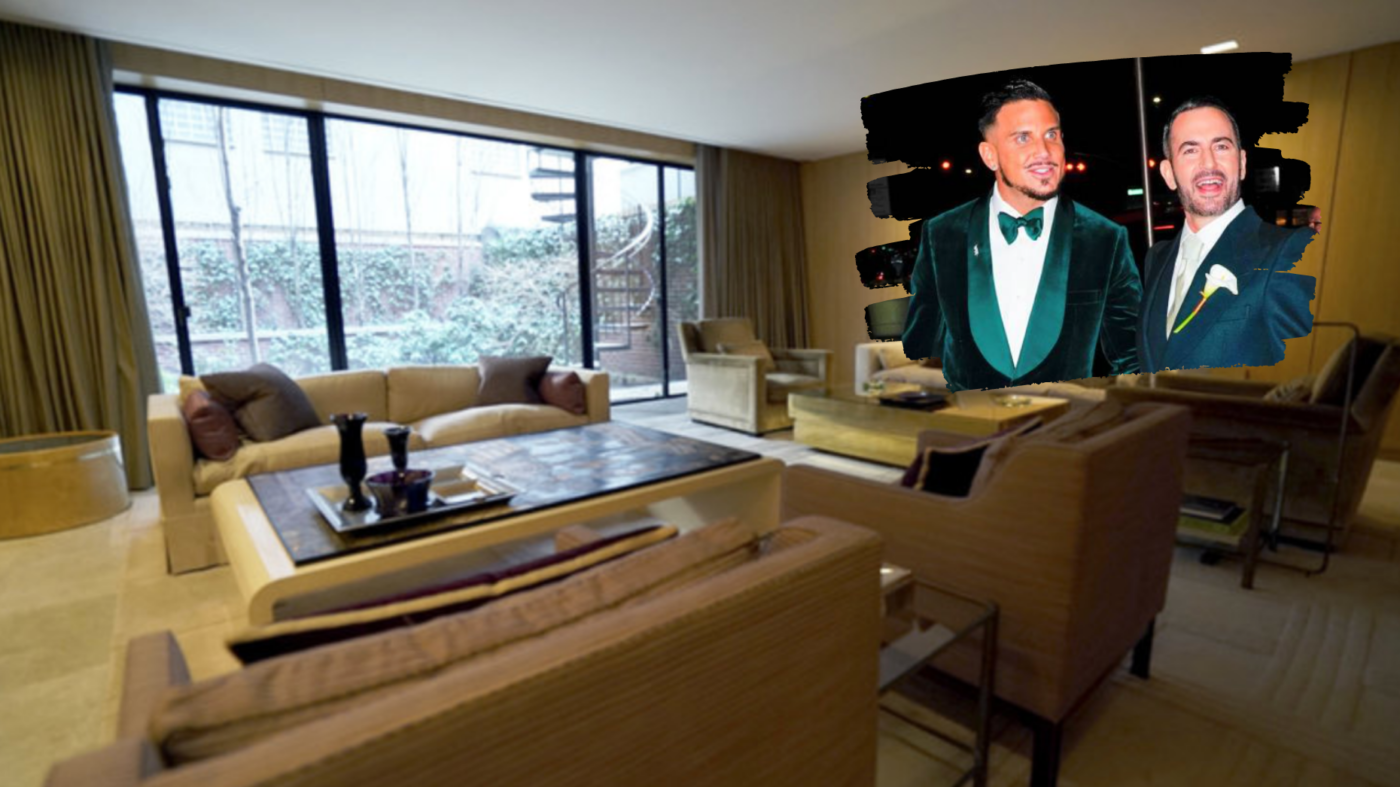 Before selling their much-photographed West Village apartment this winter, designer Marc Jacobs and husband Charly Defrancesco poured  a lot of money into it — $1.15 million, to be exact.

Before selling, Marc Jacobs poured over $1 million into NYC apartment

Before selling their much-photographed West Village apartment this winter, designer Marc Jacobs and husband Charly Defrancesco poured  a lot of money into it — the $1.15 million renovation was featured on a “Million Dollar Listing New York” episode this week.

The show, whose ninth season premiered on Bravo on May 6, followed the show’s lead broker Ryan Serhant inside the 5,000-square-foot West Village town house that Jacobs bought in 2009. He and Defrancescoo put it on the market for $16 million in April 2019 and, after being relisted for $12 million in February, the townhome sold almost instantly. Serhant and Donna Strugatz of Nest Seekers International were the agents behind the sale.

In the episode that premiered on Thursday, Serhant tours the apartment with Defrancesco and revels in the opulence — the former model points out a gold ceiling, 18k gold leafing in the living room and a gold ceiling floor that cost over $100,000 and that Defrancesco claims only a few people in the world can create. Other extravagant features include the mica stone fireplace, a chef’s kitchen with 1970s marble countertops and Meljac light switches that average for approximately $300 per switch.

“It’s actually modeled off Marc’s house growing up,” Defrancesco says in the episode. “We don’t f— around here.”

The stonework amounts to $100,000 and the kitchen, which is Kosher to meet the requirements of Jacobs’ Jewish faith, cost $150,000 to make and is full of $15,000 worth of Miele appliances that the brand showed off on their Instagram.

Tune in @BravoTV tomorrow evening at 9/8C for #MillionDollarListing! 😍 pic.twitter.com/WcQCC28VGx

Before the sale, the apartment was frequently featured in various design and architecture magazines — it graced the cover of “Architectural Digest” in 2017. By the time the show was filled, it was empty of the art and architecture that Jacobs fans had seen in prior shots — a fact that Serhant wondered about in the show.

In New York, higher-end renovation costs typically run between $100 to $400 per square foot — given the opulent tastes that Jacobs is known for on the runway and the size of the West Village townhouse,  these costs have ended up running very high over the years. After selling, Jacobs and Defrancesco bought a Frank Lloyd-designed home in Westchester and have been living there during the last months of the pandemic. That, home, too was featured in “Architectural Digest.”

“I just want to live with things I genuinely love—great Art Deco furniture, pieces from the ’70s, and contemporary art,” Jacobs told Architectural Digest in 2017. “But I didn’t want the house to feel like a pristine gallery or a Deco stage set—just something smart, sharp, and comfortable.”

Stay the course: How to help agents hit their new year goals