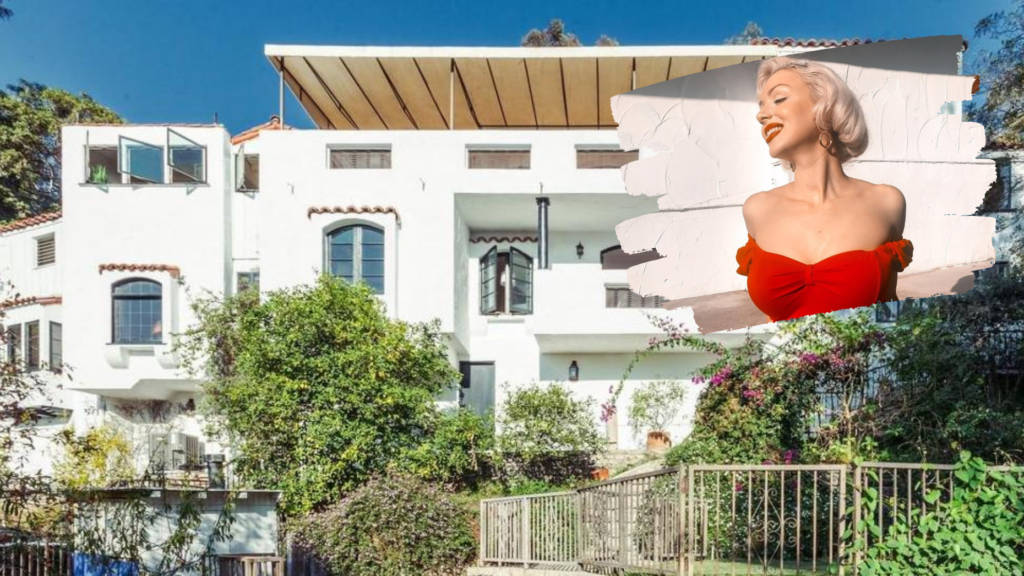 A present-day Marilyn Monroe impersonator is now living in the Hollywood Hills house that the iconic starlet once rented herself.

Jasmine Chiswell, 27, has been living in the four-bedroom, four-bathroom home since the start of 2019, when she and her husband purchased it for $2.73 million. Built in 1938 in a Mediterranean style, the house has a long Hollywood history and was briefly rented by Monroe and baseball great Joe DiMaggio in 1952. They lived in for less than a year (a canceled check for one month’s rent even reportedly went up for auction a few years ago) before separating and moving on to other places.

The story of Monroe, almost 60 years after her death, remains relevant capturing public interest. Proof of that is comes in a new Netflix documentary, The Mystery of Marilyn Monroe: The Unheard Tapes, which began streaming Wednesday. Directed by Emma Cooper, this story explores the mystery surrounding her death through previously unheard interviews with her inner circle including heavy hitters, such as Lauren Bacall, DiMaggio, and President John F. Kennedy.

Chiswell, who was born in Scotland and later moved to Los Angeles, regularly poses for photos where she looks shockingly like Monroe — the uncanny resemblance has earned her over 11 million followers on TikTok.

Earlier this week, she talked to the New York Post about what it’s like to live in the house once occupied by her icon and source of her work. She and her music producer husband saw it after the area in search of a house in 2018.

The 3,335-square-foot home overlooks Runyon Canyon and its indoor-outdoor style (it comes with an open floor plan, a garden, a pool and a terrace) was just what they were looking for.

“My husband looked online and saw that the house was actually one of the ones where Marilyn lived and it was one of the open houses for sale,” Chiswell told the Post. “We fell in love with it immediately. Not just because it was Marilyn’s house, but it also reminded me of Scotland in a really bizarre way.”

Chiswell started crafting her Monroe persona in 2017 after finding a vintage store in Los Angeles and becoming inspired. While Monroe died of a drug overdose in 1962 and Chiswell was born in the 1990s, she felt a connection to Monroe’s life and built a career out of pin-up photos and videos that recreate the 1950s aesthetic.

After two years in the house, Chiswell and her husband have made it their home, and she is currently pregnant with their first child. She occasionally finds items during Monroe’s brief time in the space, including an incinerator with two magazines dated back to when Monroe and DiMaggio lived there. 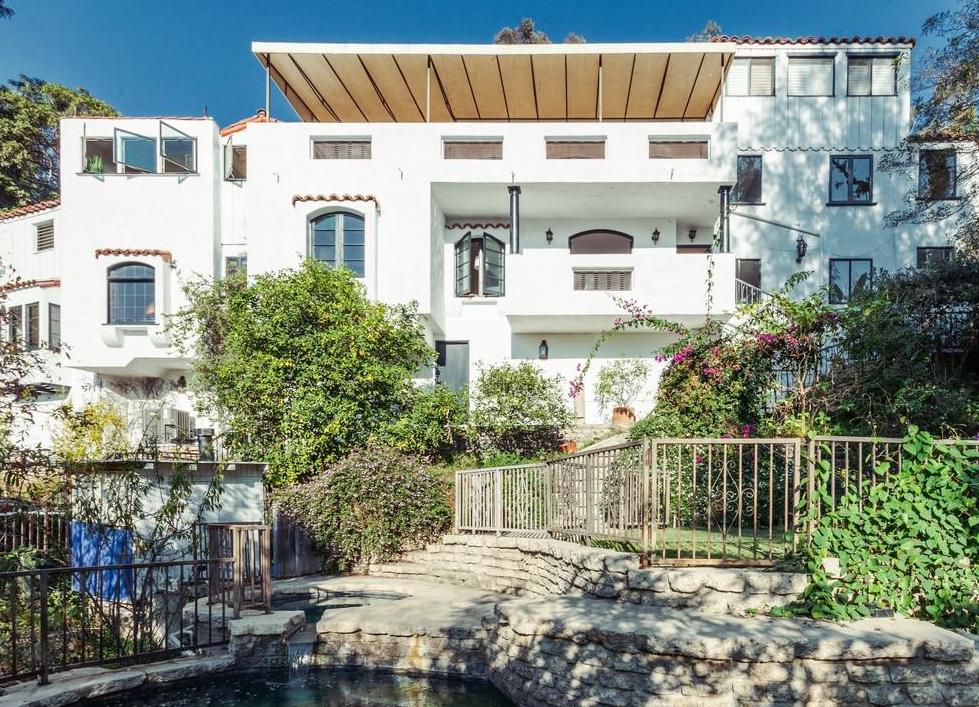 A present-day Marilyn Monroe impersonator is now living in the Hollywood Hills house that the iconic starlet once rented herself. 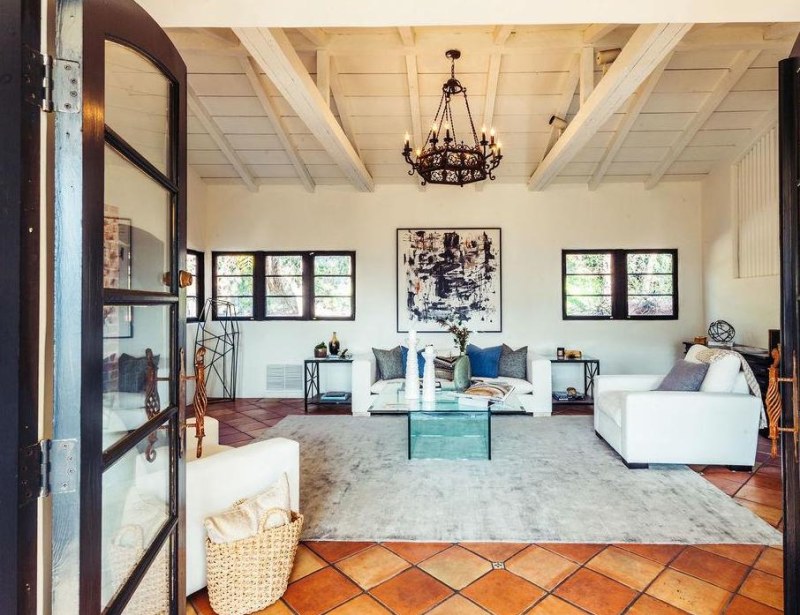 27-year-old Jasmine Chiswell bought the four-bedroom, four-bathroom home with her husband in 2019 for $2.73 million. 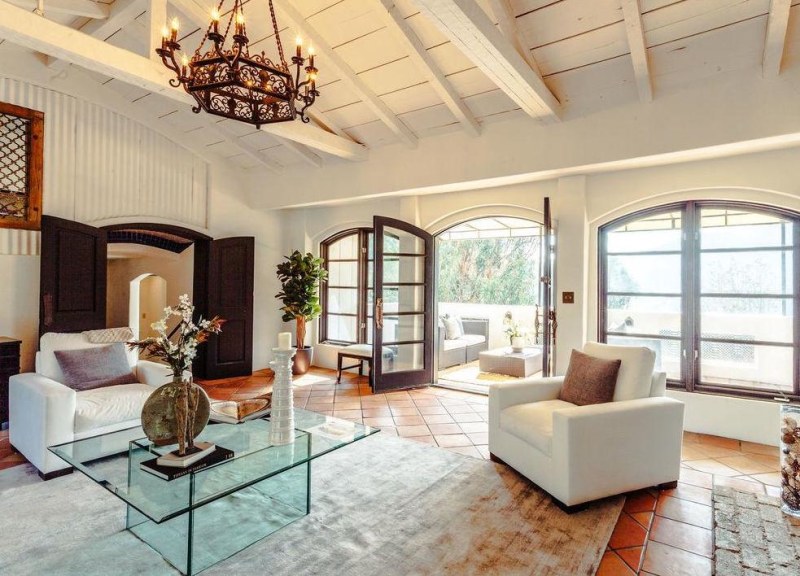 Built in 1938 in the Mediterranean style, the house has a long Hollywood history and was briefly rented by Monroe and baseball great Joe DiMaggio in 1952. 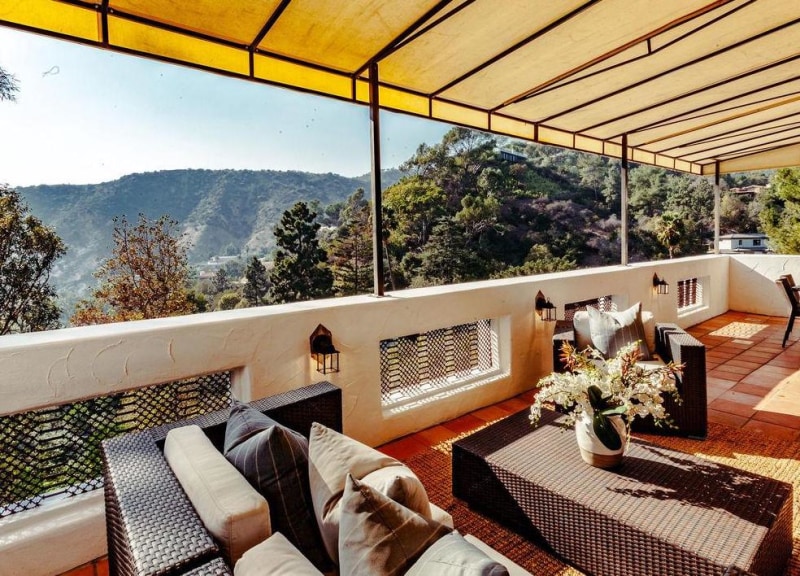 The 3,335-square-foot home overlooks Runyon Canyon and features an open floor plan, a garden, a pool and a terrace. 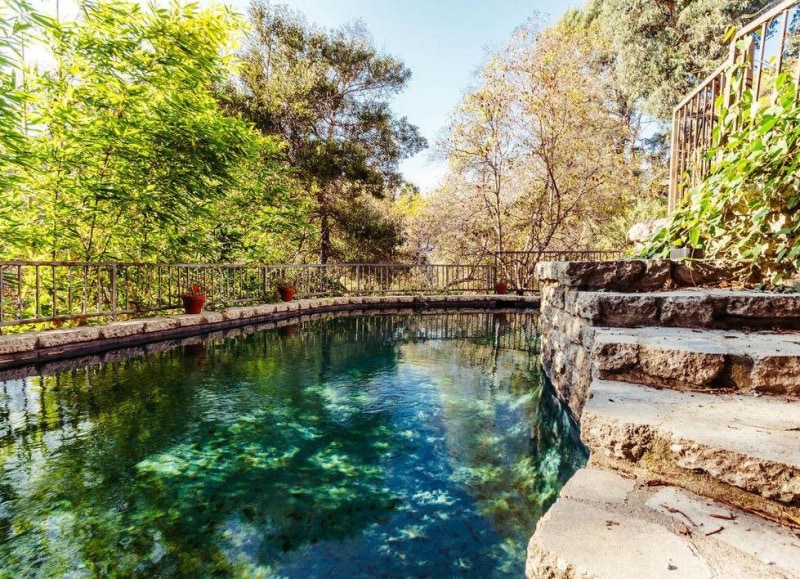 Chiswell occasionally finds items during Monroe's brief time in the space, including an incinerator with two magazines dated back to when Monroe and DiMaggio lived there.

“You could see that someone had drawn circles on parts of the magazine, and it could’ve been Marilyn or Joe’s writing,” she said.

She also said that they occasionally hear sounds in and around the house but enjoy the energy and “Monroe feel” its hallowed halls bring to their life.

“We do hear footsteps most nights,” Chiswell told the Post. “We have tried everything. We are like ‘It can’t be animals.’ We had someone come in to check the real estate and nothing. I know our dogs go into hallways and it’s like someone touches them and is patting them. In the beginning, my husband and I were a bit scared, but that energy does not feel bad, it feels happy, we don’t mind it anymore.” 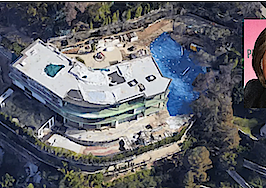 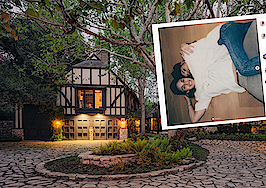 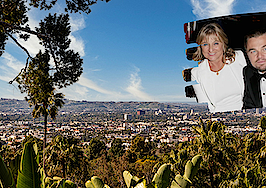 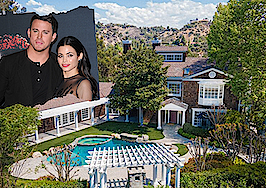 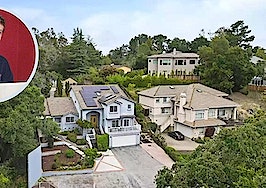