October is Luxury Month at Inman. All month, we’ll be talking to top producers from across the country, offering advice on how to join their ranks, and more. That all leads up to Luxury Connect at the Aria Hotel (Oct. 25-26, 2021, join us) and the live presentation of the Inman Golden I Club honorees for this year.

If you’ve ever wondered why some celebrities drop tens of thousands of dollars on renting when they could buy any property anywhere, the answer is quite often legal in nature.

Edward Mermelstein, a luxury real estate lawyer and founder of One & Only Holdings who regularly elucidates the legal side of high-end sales for our readers, has seen many cases in which a person (usually a celebrity or high-earning businessperson) wants to buy real estate worth more than $10 million with a spouse or partner who is significantly less wealthy. And in cases where the contract is not drawn up properly or the pair is not legally married, his advice can often be “don’t buy” no matter how wealthy the celebrity is.

“Most attorneys are going to dissuade their clients from going in that direction in order to avoid something that’s more expensive than they can afford,” Mermelstein told Inman. “The more expensive the property, the more exposure you will have as a buyer, so typically you just don’t want to go down that road with that size of investment.”

For Luxury Month, we talked to Mermelstein about celebrity prenups, house-hunting and what luxury lawyers tell their clients. 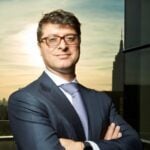 Inman: In most of real estate, there is an assumption that two incomes have more buying power than one. Why is that often not the case with ultra-high-end real estate?

EM: What is sometimes taken for fact is, quite often, not the case with luxury real estate. Quite often, one party is paying but they are buying together because of future events like proposal and marriage.

At least in New York and in my experience, you often see a situation in which one party has much more money than the other. Normally, you would need to have an agreement that references purchase potential and what would happen if there were a sale or a situation in which the owners have to move in opposite directions, sort of like where we are seeing now with Jennifer Lopez and Alex Rodriguez. We don’t know exactly how they did it [bought and divided their real estate] but if they did own jointly, it can get complicated if there is some sort of dispute.

If there is no document reflecting how the ownership was divided, the assumption is that you own it 50-50. You have joint tenancy with rights of survivorship versus tenancy in common. The laws in every state are different with respect to common law marriage so that’s also something that you have to address because if you live with someone for over a certain period of time even if you’re not married, in certain states there is an assumption that you’re being treated as common law married.

As marriage rates decline, does that pose complications for those who may have been living together for a long time but are not ready to buy?

EM: My experience is that you’re not going to have many wealthy people who are not married buying in any significant numbers. I don’t see any attorney allowing someone to buy an apartment complex that is worth $10 million or more [with someone they do not know very well].

Most attorneys are going to dissuade their clients from going in that direction in order to avoid something that’s more expensive than they can afford. Many issues arise if you’re no longer together and there’s any sort of dispute. The more expensive the property, the more exposure you will have as a buyer so typically you just don’t want to go down that road with that size of investment.

So is that advice ever “do not buy at all?”

EM: That is often the advice. You are tying yourself to someone with that one sale unnecessarily. There are ways to add them to ownership once you’re married so there is no need to do it prematurely.

That’s typically where you find these types of situations. Someone is about to get married but before they do it, they decide to jump in and purchase with their future fiancé. Not the smartest move in the world.

Most attorneys are not going to allow you to make a purchase where you don’t have an agreement that protects you, especially if it’s one party that is putting up all the money.

But celebs are pretty notorious for their impulsive, headline-grabbing moves. Do you ever see someone saying “screw the legal stuff, I’m in love?”

EM: It’s rare because when you’re spending over a couple of million dollars, you will have sophisticated counsel who, more often than not, will provide you with proper advice. But of course, anything is possible, and in our world, it is not unusual to have people go against your advice.

In the spring, you told us all about NDAs. Do they go hand in hand with prenup agreements?

EM: You’ll typically not see an NDA amongst the buyers. When a celebrity starlet is buying with one of her boyfriends, you’ll not typically see an NDA between them. What’s more likely is that you’ll see an NDA with the people associated with a purchase, such as the sellers or the brokers. Attorneys are also not likely to have to sign an NDA because that is already what the terms of our license require.

It’s really more for the broker who has something to gain by disclosing that they worked with [a big name]. In certain cases it might also benefit the seller, but only if the transaction doesn’t proceed and they can say, “Oh, we had Jennifer Lopez looking at the property.” An NDA keeps them from opening their mouths.

And if the next big step JLo and new/old beau Ben Affleck take together is real estate-related, they’d almost certainly use an LLC to disguise their identity?

EM: More likely than not, that is correct. That’s actually a much better vehicle to purchase through than purchasing as tenants in common. If you’re going to own something jointly with someone, buying it through an LLC allows you to clarify within the operating documents who put in what and what happens when there is a sale. 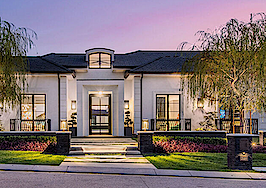 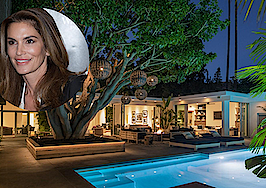 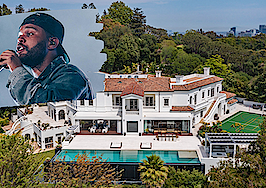 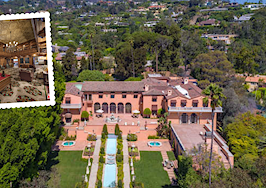