BeachesMLS is the latest mega MLS to join MLS Aligned as the joint venture gears up to release Aligned Showings.

A company owned by five multiple listing services from different regions of the country has added on a sixth owner as it prepares to launch a new showing service.

BeachesMLS, which has about 41,000 agent, broker and appraiser subscribers in Southeast Florida, has joined MLS Aligned as an owner and member. Arizona Regional MLS, Metro MLS in Wisconsin, MLSListings in Silicon Valley, RMLS in Oregon and UtahRealEstate.com founded MLS Aligned in 2018.

The addition of BeachesMLS means the company’s member MLSs now represent about 150,000 real estate professionals from coast to coast, according to a press release. 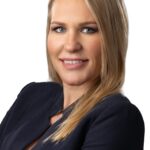 “The best MLS collaborations are with those that align through similar DNA regardless of borders,” said Dionna Hall, CEO of BeachesMLS, in a statement. “It is with that mindset that BeachesMLS joins MLS Aligned to work together on future industry initiatives and innovations.”

In May, in a bid to create its own showing service, MLS Aligned acquired the technology assets of RE Agent Solutions LLC, which include the software and technology behind Agent Inbox, a real estate messaging and showing platform. Agent Inbox earned a 4 out of 5 rating from Inman tech reviewer Craig Rowe in December 2016.

That deal came amid a tumultuous time for the showing management industry after the announcement of Zillow’s acquisition of ShowingTime in February. Up until that point ShowingTime had been a popular platform among agents, but after the acquisition news many expressed concerns about how Zillow might handle their data, among other things. (Zillow has vowed to keep ShowingTime’s privacy policies in place.)

Since then, numerous showing management companies told Inman they were experiencing a tsunami of interest from brokerages, MLSs and agents.

MLS Aligned’s new service will be among those that have emerged in response to that growing demand.

Staff from MLS Aligned’s member MLSs and consultants are in charge of developing the software, the company told Inman in May. 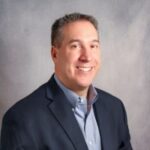 On Monday, the company announced that the new service will be called Aligned Showings.

“Our industry is always evolving, and we need to be ready to innovate to accommodate for these changes,” said Brad Bjelke, CEO of UtahRealEstate.com, in a statement.

“Working together with geographically distinct MLSs having similar goals gives us the technical resources and tools to improve the services we offer our members. We are so excited to work with Dionna and her staff in the future.”

In a statement, Kurt von Wasmuth, CEO of RMLS said the company anticipates more additions to its membership roster “in the coming year as we launch the Aligned Showings product.”

Aligned Showings will launch in beta in December to make sure the core features are ready and to help the company know what features should be next, according to MLS Aligned spokesperson James Marcus. The service will officially launch in early 2022.

“One of the exciting things is how showing instructions flow into Aligned Showings, it’s much more intelligent than other systems,” he said.

“Subscriber feedback is key to the order in which we build next-gen features,” he added.

The service will launch to non-Aligned MLSs “not too far” after launch, according to Marcus. There will be a subscription fee, but the company has not yet determined what it will be, he said.

Editor’s note: This story has been updated with additional comments from MLS Aligned. 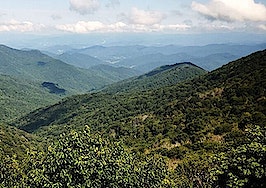