Real estate franchisor RE/MAX is speaking out against a policy proposal under consideration at the National Association of Realtors that would require that the contact information for listing brokerages be displayed on website listing pages at least as prominently as that of any advertising agent on a site.

Real estate giants Realogy and Zillow have come out in favor of the proposed policy, though they are asking the 1.5-million-member trade group to require that listing agents, not just listing brokers, also be prominently identified on website listing pages — a suggestion that has prompted dissent from some MLSs.

At least one brokerage, Shorewest Realtors, has also said they oppose the suggestion to require listing agent attribution while indie broker network Leading Real Estate Companies of the World (LeadingRE) has come out in favor of the change.

On Tuesday, RE/MAX President Nick Bailey made clear that the franchisor was opposed to the proposed policy in its entirety, urging NAR’s Multiple Listing Issues and Policies Committee to “reject the proposal” when it meets on Nov. 13 at the Realtors Conference & Expo. The event, colloquially known as “NAR Annual,” takes place this week in San Diego.

In a letter, Bailey said RE/MAX agreed that it’s important for Internet Data Exchange (IDX) sites — agent and broker websites that display pooled listing feeds from a particular multiple listing service — to show the listing brokerage because it empowers the consumer to contact the listing firm if they choose to. 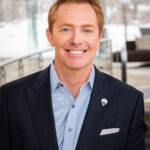 But requiring that the listing brokerage be on equal billing with the brokerage or agent advertising its services through the site would likely create confusion for both consumers and MLSs, according to Bailey.

“On an IDX website, the primary offering isn’t a house,” Bailey said. “The offering is a connection to a real estate professional who can assist the buyer and help them purchase a house. That’s why it’s appropriate for the brokerage or agent who’s being marketed on the site to be featured more prominently than the firm listing the property.”

He likened an IDX site to a “virtual lobby” for a real estate brokerage office.

“If a consumer comes into the lobby and asks an agent about a house listed by another company, the agent isn’t going to send them ‘down the street’ to the other firm,” Bailey said.

“They’re going to connect with the buyer, offer their professional services, and see how they can help — with this house or, if warranted, a different one. That connection is why the site exists in the first place.”

“[W]e support policies that help potential buyers reach an agent who will help them throughout the purchase process — an agent in the virtual lobby they’ve walked into — without confusing the issue by promoting the seller’s agent just as prominently,” he added.

The proposed policy also lacks details for how an MLS would execute the policy once approved, according to Bailey.

“Requiring that the listing agent and/or brokerage be ‘displayed at least as prominently as any other contact information’ only adds more confusion than clarity,” he said.

Currently, NAR’s MLS policy requires that IDX and Virtual Office Website (VOW) displays identify the name of the listing firm in a “reasonably prominent location in a readily visible color” and in “typeface not smaller than the median used in the display of listing data.”

Bailey said RE/MAX was also against the proposed requirement to add contact information to listing attribution, which is not mandated under the current policy.

“On that count, we do see potential merit down the road, but not until the phrase ‘contact information’ is clearly defined and can be standardized among all MLSs,” he said. “Until then, the phrasing is far too broad and open to interpretation.”

Brokers for and against listing agent attribution

In a letter to NAR’s MLS leaders, Paul Boomsma and Mike Pappas of LeadingRE voiced their “strong support” for requiring attribution in listing displays of the listing broker, the primary listing agent and that broker and/or agent’s contact information in a way that “would allow a casual consumer to understand, upon cursory review of such listing, the parties responsible for the marketing of that listing.”

Boomsma and Pappas said they believed the changes would bolster consumer education and consumer transparency in addition to giving listing agents “credit” for their work. 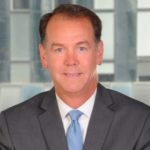 “Our network believes that listing agents should receive credit for their consumer-facing listings as acknowledgement of the creative and multifaceted work that they have undertaken to market their clients’ properties,” they said.

“We also believe that consumers have the right, and the desire, for this information. Finally, we believe that a lack of industry consistency in this regard has created a climate of consumer confusion, to the detriment of buyers, sellers, and our fellow industry professionals.”

However, Wisconsin brokerage Shorewest Realtors has come out against mandating listing agent attribution on the grounds that only brokers, not agents, are MLS participants, while agents are subscribers under a broker. 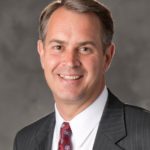 “Offers of cooperation and compensation can only be offered from one MLS Participant to another,” Joe Horning, the brokerage’s president, wrote in a letter to NAR’s MLS leadership.

“Additionally, existing IDX policy is built on the belief that as a benefit of MLS membership, one Participant may advertise a competitor Participant’s listing(s) on their website/mobile app if they agree to also allow display of their own listing inventory on other competitor’s like IDX displays.

“This benefit does not extend to individual subscribers (Agents) as a requirement in existing MLS IDX Policy.”

Horning also stresses that a listing is the intellectual property of the listing broker.

“Outside of agreed upon MLS & IDX policy, there should be no policy that dictates to the owner of this intellectual property (Broker) how and what their information can be used,” Horning said.

For instance, he noted that agents will often not follow-up quickly with consumers who reach out to them and brokers know this and have created standard phone numbers and email addresses to address the issue.

“Mandating Agent attribution would only exacerbate the issue of lack of consumer response and could risk harming the overall Realtor brand as a result,” Horning said.

At NAR’s MLS Forum Thursday at the trade group’s conference, some attendees suggested that mandating listing agent attribution would increase dual agency, while others said that dual agency was regulated at the state level and should not factor into national policy.