The New York- and Connecticut-based brokerage says it will appeal the ruling, which will allow plaintiffs to sue on behalf of some 20,000 homebuyers and sellers going back more than a decade.

A New York state court has granted class-action status to a lawsuit against Houlihan Lawrence that alleges the real estate brokerage financially incentivized its agents to steer clients into thousands of real estate transactions where the brokerage acted as an undisclosed, non-consensual dual agent.

The class includes all home buyers and sellers of residential real estate in Westchester, Putnam, and Dutchess counties from January 1, 2011 to July 14, 2018 in which Houlihan Lawrence represented both buyer and seller in the same transaction — an estimated 10,000 transactions with some 20,000 buyers and sellers involved.

In an emailed statement, Houlihan Lawrence told Inman the brokerage would appeal the judge’s ruling.

“Houlihan Lawrence has been dutifully serving our clients for over 130 years,” the brokerage said. “We are confident in our business practices and continue to represent our buyer and seller clients with integrity. We respectfully disagree with the court’s procedural ruling on a lawsuit from 2018 and intend to appeal this matter.”

In a lawsuit first filed in July 2018 and amended three times since then, four buyer and seller plaintiffs allege Houlihan Lawrence duped them into double-ended deals where the brokerage represented both buyer and seller. The complaint also alleges the brokerage “has cultivated a firm culture of undisclosed, non-consensual dual agency,” in part by:

The latter two points likely refer to “office exclusives,” in which a listing is marketed only within a brokerage and not submitted to an MLS, and pocket listings, where a home is sold off the MLS. Both are controversial in the real estate industry due to fair housing implications for buyers and lack of exposure to achieve the highest price for sellers.

The suit alleges breach of fiduciary duty and deceptive or unfair sales practices.

“Houlihan Lawrence has reaped hundreds of millions of dollars in ill-gotten dual-agent sales commissions from the undisclosed, non-consensual dual-agent transactions,” the complaint said.

The suit seeks punitive damages, attorneys’ fees and costs, and repayment of the sales commissions Houlihan Lawrence collected on home sales in which it acted as an undisclosed, non-consensual dual agent, “with interest from the time such commissions were paid.”

Anonymous letters sent to the plaintiffs’ law firm alleged the brokerage pays or paid its agents bonuses for keeping transactions in-house — a tactic that is not unheard of in the real estate industry but that plaintiffs alleged encouraged double-sided transactions to boost the firm’s market share, in part for its January 2017 acquisition by Berkshire Hathaway affiliate HomeServices of America.

The plaintiffs also alleged Houlihan Lawrence forged a disclosure form in the firm’s effort to have the dual agency lawsuit dismissed; an effort that ultimately failed when the court declined to toss the suit in April 2019, saying that establishing informed consent to dual agency requires more than a consumer’s signature on a disclosure form.

How the court decided whether to grant class certification may be instructive to other real estate brokerages. Jamieson said the plaintiffs had satisfied five requirements: numerosity, commonality, typicality, adequacy of representation, and superiority.

The first was met by the sheer number of transactions and buyers and sellers involved. The second was met because of Houlihan Lawerence’s “uniform” training and practices, according to Jamieson.

“[T]he Court finds that defendant’s uniform training, script and practices, alleged to have been part of an orchestrated ‘strategy’ to increase in-house sales by representing both buyers and sellers in thousands of real estate transactions — including by offering undisclosed in-house bonuses to defendant’s real estate brokers so as to incentivize dual- agency sales — meets the commonality requirement,” Jamieson wrote.

The plaintiffs met the typicality requirement by establishing that their claims are typical of the claims of the class and that those claims come from the same course of conduct that gives rise to the claims of the other class members. Namely, each plaintiff claims “that they did not give timely and/or valid informed written consent to defendant’s dual agency, and that they did not receive adequate disclosure concerning defendant’s representation of both buyer and seller, or of the in-house bonus incentive that was being offered and paid for dual agency transactions.”

To satisfy the requirement that the named plaintiffs will fairly and adequately protect the interests of the class, the plaintiffs submitted affidavits to that effect, said they had no conflicts of interest with any of the other class members, and showed that the law firms representing them had the background and experience to provide the class with high-quality representation and that the firms had the financial wherewithal to continue to pay for all costs associated with the litigation.

Lastly, the plaintiffs showed that a class action was the superior method to fairly and efficiently decide the case, according to Jamieson.

“[I]t would be highly impractical, burdensome, and costly for up to 20,000 distinct plaintiffs to individually prosecute actions against defendant,” Jamieson wrote. “Moreover, even if a small percentage of the 20,000 potential class members brought individual lawsuits, it would waste judicial resources and there would be a possibility of inconsistent determinations.” 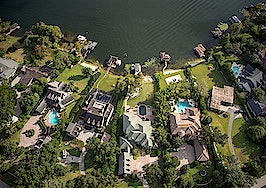