Homeowner plaintiffs allege Realogy uses its corporate structure to profit from and escape liability for letting its agents violate the law through “incessant unwanted telemarketing calls.”

A lawsuit against Realogy over cold calls from Coldwell Banker agents is heading to trial as a class action now that an appeals court has rejected a request for review from the brokerage giant.

First filed in June 2019, the U.S. District Court of the Northern District of California in San Francisco granted class certification in the case on March 23. Realogy subsequently requested permission to appeal the decision, but the 9th U.S. Circuit Court of Appeals denied the petition on May 26, meaning the case will move forward as a class action for hundreds of thousands of consumers nationwide seeking millions in damages.

In a press release, Tycko & Zavareei LLP, one of the law firms for the plaintiffs, characterized the district court’s grant of class certification as a “huge step forward for consumer protection.” 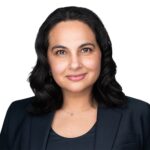 “The Court’s grant of class certification is the first and most important step to relief for the hundreds of thousands of people who receive incessant unwanted telemarketing calls from Coldwell Banker (CB) real estate agents,” said Partner Sabita Soneji in a statement.

“CB’s parent company, Realogy Brokerage Group, encourages and assists thousands of its agents across the country to use cold-calling to try to solicit business and use power dialers like Mojo to make up to 300 such calls an hour, but fail to provide sufficient training or monitor compliance with federal rules about telemarketing. Indeed, stopping these calls is not in their financial interest.

“The Court here affirmed that there is an efficient and fair way to resolve all these claims at once, affirmed the methodology and conclusions of Plaintiffs’ data analyst expert, and also shut down most of Defendants’ arguments for trial. This ruling gets us closer to some justice and peace for all those individuals suffering constant invasions from these telemarketers.”

Realogy did not respond to an emailed request for comment.

The plaintiffs — homeowners Sarah Bumpus of California, Cheryl Rowan of Minnesota, and Micheline Peker of Florida — allege they received, without their consent, unwanted calls from agents affiliated with Realogy’s Coldwell Banker brand asking them to list their homes for sale. Rowan and Peker also allege they received prerecorded messages from Realogy agents.

The plaintiffs allege the calls and messages violated the Telephone Consumer Protection Act (TCPA) which prohibits making unsolicited autodialed calls to consumers without their consent, including calls to consumers registered on the National Do Not Call Registry.

“In their zeal to find clients and get more commissions, the Realogy Defendants have failed to take sufficient precautions to ensure their Agents do not engage in harassing telephone practices,” the plaintiffs’ third amended complaint reads.

“In particular, the Realogy Defendants have failed to: (1) adopt sufficient procedures to ensure their Agents do not call potential customers who are on the National Do Not Call Registry (‘NDNCR’); (2) maintain an adequate and up-to-date company-specific do-not-call list; or (3) prohibit their Agents from illegally using artificial or prerecorded messages.”

The plaintiffs allege that Realogy’s motivation in allowing its affiliated agents to violate the TCPA is to grow its market share of listings, at least in part to use its market power to raise the prices on the homes it has for sale, “since fewer competing listings can undercut the real estate brokerage with lower home prices.”

“Due to the Realogy Defendants’ large portfolio of brands, they are able to capture large shares of the market in given regions, and they have tremendous incentive to obtain more and more home listings to be able to keep real estate prices high,” the complaint said.

Realogy Holdings Corp. and its subsidiaries have created a corporate structure designed to escape the legal consequences of letting its agents commit tens of thousands of TCPA violations on Realogy’s behalf, according to the complaint.

“[T]he Realogy Defendants have created this confusing corporate structure while knowing that neither the individual Agents making the calls on their behalf, nor the subsidiaries and shells with which those Agents contract, have the capital to reimburse victims of those TCPA violations,” the complaint said.

“Thus, by structuring their enterprise in this way, the Realogy Defendants have created a structure which permits them to profit from the legal violations for which they maintain they should not be held responsible.”

In recent years, the National Association of Realtors has identified TCPA lawsuits as one of the major legal issues its members should keep in mind in the near term, noting that a lot of “trolling” law firms see violations of the TCPA as “low-hanging fruit.” The suits are coming up at a time when agents hope to take advantage of every technology tool available to them while consumers are rebelling against frequent interruptions from telemarketers.

NAR advised its members to obtain written consent from consumers before texting them, to avoid using autodialers without consent and to scrub phone numbers in their contact database against the DNC registry.

The TCPA prohibits anyone from contacting consumers for commercial purposes using an autodialer without consumers’ prior written consent and carries statutory damages of $500 per violation or willful damages of $1,500 per violation — fines that can add up to millions or more depending on the size of the class.

The three classes the federal district court certified are:

In addition, this is not the only class-action lawsuit Realogy is fighting. The company is also a defendant in one of two multibillion-dollar federal commission lawsuits that could rock the real estate industry and was also recently certified as a class action.

The Bumpus litigants have a settlement conference scheduled for June 27. The case is currently scheduled to go to a jury trial on August 22, though Realogy has asked to push that date to January 30, 2023. 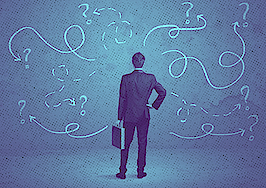 Did Realogy land the Anywhere rollout? Experts split on strategy 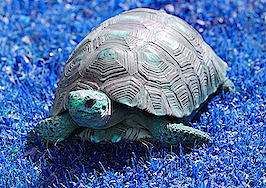 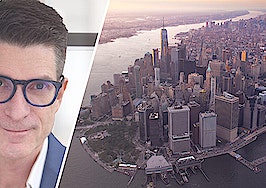