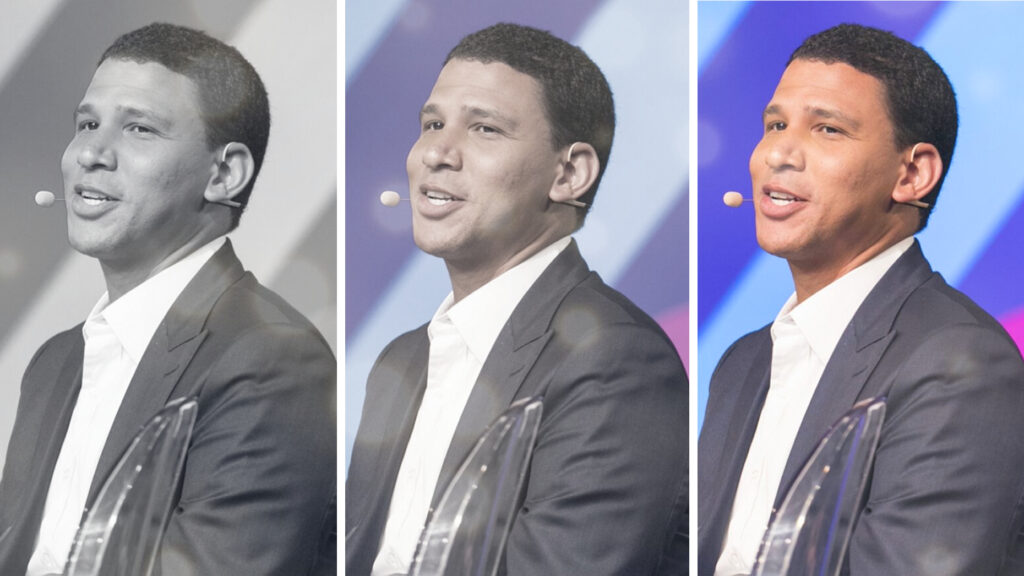 The brokerage has grown rapidly thanks to generous handouts of cash and stocks to newly onboarded real estate agents. But amid leaner times, those perks are going away.

Over the years, Compass has managed to lure away an array of top, luxury-focused teams and individual agents from older brands. That growth has turned Compass into the largest brokerage in the U.S. by sales volume. And along the way, Compass’ recruiting has been successful enough to rankle its rivals and make the brokerage the target of various lawsuits.

Compass is of course known for its successful fundraising and focus on technology. Those are important parts of the story too. But the thing that keeps the company in the headlines day after day and makes it the subject of debates at industry gatherings is the fact that it has managed to grow so quickly.

Now, however, Compass appears to be entering a new, uncharted chapter.

Last week, the company announced that it will no longer be giving agents cash and stock for joining. It also announced that new Compass agents will receive a standard commission split for their particular market. In other words, star agents won’t be able to negotiate individualized commission splits that lean more in their favor compared to what other agents in their region are getting.

In the past, favorable commission splits, cash awards and stocks have been major selling points for agents considering Compass. Join Compass, the pitch goes, and you immediately have diversified revenue streams.

Which raises several big questions for Compass: Now that these incentives are disappearing, will the company be able to maintain its position at the top of the real estate heap? Will it be able to keep growing? Or will these changes fundamentally change what Compass is?

Inman reached out to a handful of veteran industry observers to see if they envision Compass’ changes to agent pay impacting recruiting, retention or growth. And the takeaway was that cutting agent perks will be a challenge for Compass. But it’s not an insurmountable challenge, and a shifting market could ultimately allow Compass’ growth to keep outpacing rival companies.

What Compass is saying

During Compass’ recent earnings call with investors — which is where it announced the compensation changes — Chief Operating Officer Greg Hart argued that the moves wouldn’t have a significant impact on recruiting. That’s in part because the “vast majority [of agents] came to Compass for either the same split,” or from one that was less favorable for them, according to Hart.

Company founder and CEO Robert Reffkin made a similar argument, noting on the call that “retention improved quarter over quarter.”

“There’s no sign that retention isn’t incredibly strong,” he said.

Reffkin went on to argue that Compass focuses on professional, full-time agents who tend to stick with the business in any market conditions. Moreover, not expanding to new geographic markets — another move the company announced during its earnings report — would also help retain the agents it already has.

“I wouldn’t expect us to have departures,” Reffkin said, adding a moment later that “not expanding helps drive more positive retention.”

The message was clear: Leadership is making the case that Compass will still be the same agent-retaining, fast-growing brokerage it always has been — even if it isn’t offering the same bonuses as a way to lure agents on board.

What the experts are seeing

Inman asked the experts if that view of the company is accurate. And the answer is that it’s complicated. 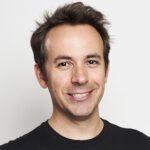 To start off, the changes don’t yet appear to be weighing Compass down. A day after the earnings call, for example, real estate analyst Mike DelPrete told Inman that he hadn’t yet seen any impacts. DelPrete’s observation was significant because, while the announcement about the changes was brand new, Compass had actually stopped handing out stock two months earlier.

The longer-term impacts remain to be seen, but DelPrete’s observation suggests that there was at least no immediate shock to Compass when it stopped handing out stock to agents.

Russ Cofano — an industry veteran who formerly served at fellow stock-centric brokerage eXp Realty and today leads technology firm Collabra — told Inman he sees Compass currently entering “a different phase of its life that is both probably good but also potentially challenging for them.”

Cofano went on to say that when Compass arrived in the Seattle area, where he lives, it offered agents generous stock and cash incentives to join. Cofano sees these “non-brokerage economics,” as he described them, as an essential part of the company’s growth and a key differentiator from rival firms such as Coldwell Banker and Sotheby’s.

“The non-brokerage economics were the thing that tipped the scale for people to join,” he said. “I know a fair number of agents who have gone to Compass and the pitch was ‘we’re a startup, pre-IPO company, we’re going to do big things, we’re going to give you the benefits of that through cash and equity and we’re building this new tech platform.’ And while the stock and the money was certainly measurable in terms of economics, it also represented who Compass was.”

In that context, it might seem like a shift away from non-brokerage economics is an obvious impediment to growth.

But Cofano wasn’t so sure. He explained that Compass has built a strong brand by recruiting quality agents. At the end of the day, it may simply not need to hand out large incentives any more; the brand itself may be doing the heavy lifting.

“So I think to that extent the elimination of the non-brokerage economics won’t hurt them as much as it would have hurt them before,” Cofano added.

On the other hand, the changes mean Compass will have to stand more on its company culture and technology — the latter of which Cofano described as still “not there yet” in terms of proving that it makes agents more money.

All of which is to say that Compass has a few different selling points to agents. Right now, it’s ditching — perhaps out of financial necessity — what was previously an important perk. That doesn’t have to inflict a mortal wound on the company, but it will definitely put more pressure on other parts of Compass’ pitch to agents.

So there are challenges going forward, and the changes to agent pay could become an obstacle to continued growth. As Cofano pointed out about Seattle, the company has traditionally established beachheads in regions via aggressively courting agents.

But the experts don’t see this situation as necessarily fatal for Compass. 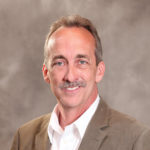 Jay Thompson — a former broker and Zillow executive (and an Inman contributor) — said agents aren’t going to turn down cash and stocks. But incentives are expensive and Compass is using up its war chest quickly.

“They have to do something to slow that trend,” he said of Compass’ cash burn.

In that light dialing back on the handouts make sense, and Thompson believes Compass has reached a point where would-be agents no longer demand as much.

“Compass agents I’ve talked to seem to appreciate both the culture and technology Compass provides them,” he said. “That value is still there, even without the cash incentives.”

Thompson ultimately does see Compass recruiting slowing in the near future. But he believes that trend will be a result of “market conditions cooling and the invariable drop in the overall number of agents that will happen as the bills for annual fees and dues start to arrive.”

The comment hints at the issue driving basically everything that is happening in real estate right now: The market is slowing way down. The slowdown has prompted cuts and layoffs at numerous companies, including Compass. And it’s this downturn that’s prompting companies to undertake other belt-tightening measures — such as cutting non-brokerage economics.

In Thompson’s reading of this slower landscape, overall agent ranks drop and that in turn slows the growth of companies like Compass.

But there’s another way to read the situation as well: In a downturn, maybe Compass actually outperforms its rivals. And that is the scenario Cofano proposed.

“I think the reduction in the number of new listings will have a material impact on recruiting,” Cofano said. “I think they benefit from it. I think a slowing market benefits Compass for sure because they can talk about their technology to the extend that the talk is legitimate about helping people build their business.”

Cofano went on to say that in a hot market, agents are less willing to jump ship from one brokerage to another. But in a leaner market, they have more time and more incentives to find the brokerage where they’ll make the most money.

“As opposed to the agent whose cup runneth over, they’re always looking for more,” Cofano said of agents in a downturn. And that could theoretically allow Compass to maintain better-than-average growth even with fewer perks.

In the end, though, Cofano said the industry won’t have to wait long to see what ultimately happens.

“The nice part is that this is not something that anybody will have to guess about,” he concluded. “In another three months, we’ll find out how they did.” 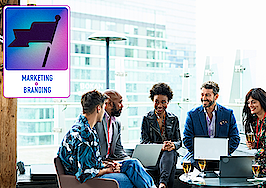 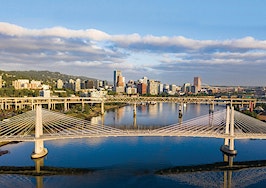 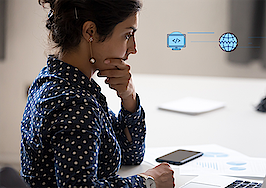 Sponsored Content
The best solution for handling over 500 MLS data feeds
Back to top
Only 3 days left to register for Inman Connect Las Vegas before prices go up! Don't miss the premier event for real estate pros.Register Now ×
Limited Time Offer: Get 1 year of Inman Select for $199SUBSCRIBE×
Inmanpot
Log in
If you created your account with Google or Facebook
Don't have an account?
Create an Account
Forgot your password?
No Problem