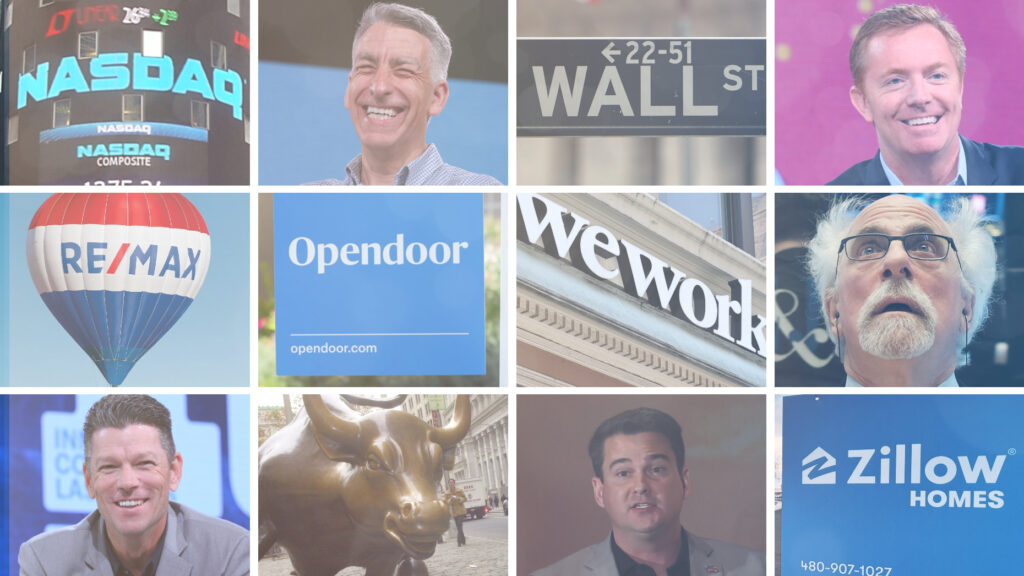 A slowing market is taking a toll on big real estate companies, though not every firm is suffering equally. A look back on the past three dramatic weeks of third-quarter wins, losses and draws.

The latest earning season just wrapped up, and it has been a doozy.

Over the past few weeks, publicly traded real estate companies revealed how much money they made or lost between July and September, which happened to be one of the most tumultuous times in recent housing history. Though mortgage rates have been rising for much of the year, they shot up past 6 percent during the third quarter, which at the time was a stunning development and far above what most experts had predicted at the dawn of 2022.

Predictably, the rising rates also led to falling homebuyer activity. The result was that third quarter made it abundantly clear that the housing market downturn would likely be more severe and long-lasting than most forecasts predicted.

Given that backdrop, the expectation was that most real estate companies’ earnings reports would be disappointing. But even with low expectations baked in, this season nevertheless delivered some shocking numbers. There were massive losses, a lot of dour predictions about the near future and many promises to cut costs.

There were a few more positive surprises as well, and not every company is feeling the pain to the same extent. But overall, this earnings season was the first detailed glimpse into the financial costs of the downturn, and the takeaway was that the housing industry is facing some serious challenges.

Here are the biggest threads to come out of this season:

iBuying is facing an existential moment

Probably the single most significant number that came out of this earnings season was $928 million. That number — just shy of $1 billion — is the amount that Opendoor lost in the third quarter alone. The company was quick to point out that the losses weren’t purely in cash, but rather were due to adjusting the valuation of the homes the company had in its inventory.

Still, it was a startlingly large loss and it sent Opendoor shares plummeting to a new all-time low of $1.46.

Rival Offerpad reported earnings a day earlier, and revealed that it lost $80 million — a much smaller number but also one that reversed several months of profitability for the second-largest dedicated iBuyer. That news also sent Offerpad’s shares tumbling.

These numbers highlight two issues for the iBuyers. The longer-term issue is whether or not the iBuying model works in a market where home prices are static or falling. The iBuyers think it does, and are also pivoting in various ways to shore up their positions.

But significantly, Redfin — the third of the remaining big three iBuyers — announced this earnings season that it is shutting down its iBuying operations. In a blog post, CEO Glenn Kelman described iBuying as requiring “a staggering amount of money and risk for a now-uncertain benefit.” Similarly, Zillow’s Rich Barton said in his company’s earnings report that he’s glad to have abandoned iBuying last year.

The second issue is more immediate: If the iBuyer’s can’t turn around their stock performance, they face the risk of getting kicked out of the market. That’s because if a company spends more than a month with shares trading below $1, it can be delisted — something that would make it far harder to trade and which would be a devastating symbolic blow.

Offerpad shares last rose above $1 earlier this month. Opendoor’s shares haven’t fallen below the $1 mark, but they’ve been heading in that direction and came dangerously close after this latest earnings report. Both companies’ share prices were up somewhat Friday, but if the iBuyer’s can’t entice Wall Street traders in a major way they could be facing bigger problems sooner rather than later.

Redfin shuts down iBuyer Redfin Now while slashing 13% of workforce

This downturn may last a while

While the downturn was a ubiquitous topic in this season’s earnings report, a number of executives also went on the record with predictions of how long the hard times might last. Anywhere CEO Ryan Schneider, for one, described “a challenging macro housing outlook for the rest of 2022 and 2023.

Compass CEO Robert Reffkin made a similar prediction, saying the housing market will “remain challenged during 2023 before returning to stability and growth in the future.”

The big brokerages and franchisors were definitely feeling the downturn in the third quarter. But everything is relative and in light of the losses other companies suffered, the brokerages turned out to be a comparative bright spot this earnings season. Case in point: Anywhere reported a profit of $55 million.

To be clear, these numbers are down year over year. And if these companies reported them last fall, when the market was booming, we’d be talking about how disappointing they were. There were also notable exceptions, such as Compass, which ultimately suffered a net loss of $154 million in the third quarter.

But in light of the massive losses in sectors such as iBuying and mortgage, the conventional and older brokerages were a relative bright spot.

Revenues rise and profits fall for eXp amid a ‘challenging’ Q3

RE/MAX hangs onto slim profit in Q3 amid housing downturn

Belts are tightening, hatches are battening

Across the board, companies described in their earnings reports efforts to cut costs and raise fees. The biggest example of cost cutting was surely Redfin’s decision to ax its entire iBuying operation. But it was a topic that came up again and again. Compass CEO Robert Reffkin, for instance, mentioned a cost cutting plan that will span multiple months and which he believes will make his brokerage profitable next year.

Other companies that mentioned efforts to cut costs or raise fees this quarter included Anywhere, WeWork and Fathom Holdings.

Fannie Mae and Freddie Mac also deserve a special shout out here. They made third-quarter profits of $2.4 billion and $1.3 billion, respectively. However, each company also battened down the hatches by setting aside growing pots of money to cover future losses.

WeWork to close 40 locations across US amid otherwise promising Q3

Experts generally agree that during a downturn some agents tend to leave the industry.

So it was notable that a number of brokerages still managed to add agents. Compass was perhaps the most notable example in this category because it fundamentally changed its recruiting practices in the third quarter. Nevertheless, despite those changes Compass saw a net jump of 335 agents. That was a slower growth rate than Compass achieved one quarter prior, and the brokerage still posted a net loss of $154 million. But investors were still impressed and Compass shares climbed by more than $1 the day after the earnings report.

EXp also grew its agent count to just shy of its goal of 85,000. Both eXp and Compass have made rising agent count numbers a major part of their growth strategies and public identities, and proving they could maintain momentum even in a slowing market was critical. And so far, they’ve succeeded.

Other companies that saw their agent counts increase include Fathom Realty, RE/MAX and Keller Williams.

Revenues rise and profits fall for eXp amid a ‘challenging’ Q3

Mortgage companies are having a particularly tough time

It’s no surprise that mortgage companies are struggling given that the downturn has largely been spurred by rising interest rates. Indeed, this year’s thousands of real estate layoffs largely began in the lending sector, and continued this week when with the announcement that mortgage tech company Blend was letting go of 100 employees — the firm’s third round of layoffs this year.

In Blend’s case, the company also reported a quarterly net loss of $132.7 million, as well as a cumulative deficit of $1.082 billion.

Lender loanDepot also had a rough quarter, losing $137.5 million between July and September. But of course, everything is relative; that loss was actually a marked improvement over loanDepot’s second quarter losses. The company managed to improve its performance by cutting about 5,200 workers this year.

In the case of Rocket Mortgage, profits fell 93 percent year over year, though the company did ultimately manage to eke out a net gain of $96 million.

After cutting Q3 losses, loanDepot has sights set on breaking even

Non-iBuyer tech was a mixed bag

One of the prevailing narratives of recent months has been that real estate tech is suffering more than other parts of the industry during the downturn. But when excluding iBuyers and mortgage lenders, which are suffering for their own specific reasons, this earnings season complicated the recent pessimism.

For example Zillow is the biggest company in this sector, and it did lose $53 million — a substantial sum. But Zillow’s losses were actually down substantially compared to the same period last year.

Imaging company Matterport also lost $58.2 million, but that too was a year-over-year improvement.

Tech-enabled property companies also managed to do alright during the quarter. WeWork, for instance, lost $568 million, an objectively staggering sum but one that was nevertheless an improvement over the third quarter of 2021. Meanwhile both Vrbo and Airbnb saw bookings rise, and in the latter case the firm reported $1.2 billion in profit — a company record.

One takeaway from the Airbnb and WeWork earnings is that physical assets still matter.

But it’s harder to extrapolate a single lesson from the broader tech-meets-real estate sector. And maybe that’s the point: Despite hardships and anxiety generally, real estate tech really wasn’t the major story this time. Earnings in this arena were middling, in some cases surprising, and generally not apocalyptic.

WeWork to close 40 locations across US amid otherwise promising Q3