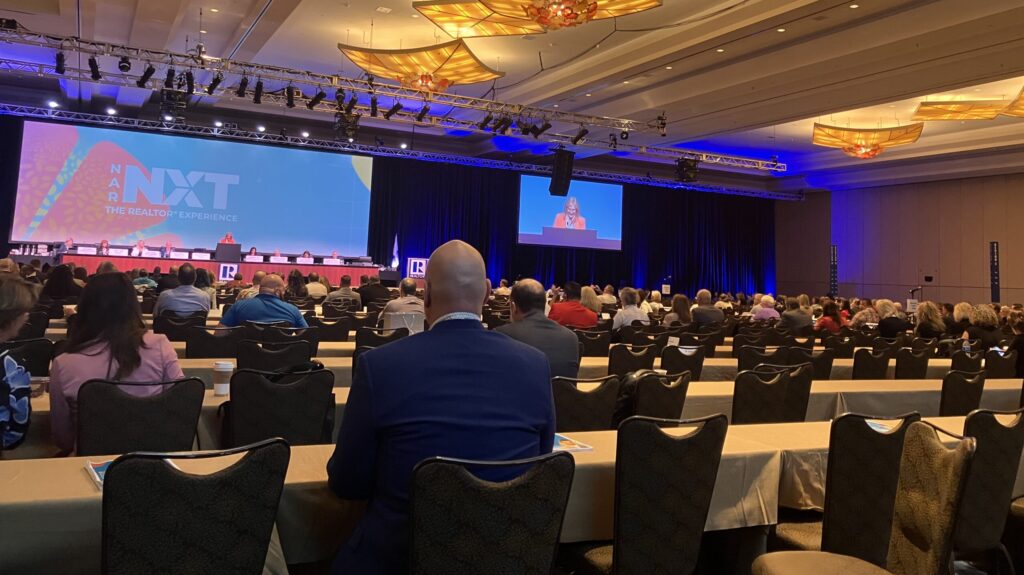 National Association of Realtors delegate body meeting at the Hyatt Regency in Orlando, Florida, on Nov. 14, 2022

The highest governing bodies of the 1.6 million-member National Association of Realtors have amended the Realtor Code of Ethics to replace references to “handicap” with “disability.”

The highest governing bodies of the 1.6 million-member National Association of Realtors have amended the Realtor Code of Ethics to replace references to “handicap” with “disability.”

NAR’s board of directors, which has 1,030 members, and NAR’s delegate body, which has 643 members, gathered in separate meetings on Monday, the last day of NAR’s annual conference, NAR NXT, at the Hyatt Regency in Orlando, Florida. The delegate body only meets when changes to the NAR Constitution and/or the Realtor Code of Ethics are under consideration.

In advance of the meetings, NAR’s Professional Standards Committee proposed that Article 10 of the code and all corresponding references to protected classes within NAR policy and resources be amended in favor of the term “disability.” The committee interprets the code of ethics, recommends changes to it, and recommends actions on its enforcement.

“‘Handicap’ is widely considered to be an antiquated , if not offensive, term,” the committee said in its rationale for the proposal to the board and delegate body.

“While the text of the federal Fair Housing Act still contains the work ‘handicap’ due to the difficulties of amending legislation, federal agencies have been using ‘disability’ in its place in their regulations, policies, and documents since 1992.”

There was no discussion of the proposal on the floor before either vote. The change goes into effect Jan. 1, 2023.

Here are what the revisions to Article 10 look like:

“REALTORS, in their real estate employment practices, shall not discriminate against any person or persons on the basis of race, color, religion, sex, handicap disability, familial status, national origin, sexual orientation, or gender identity.”

The Professional Standards Committee also proposed two other recommendations that the NAR directors approved overwhelmingly and without discussion.

The first removed an association’s president from the process of disseminating an ethics complaint, response, and appeal decision.

“These amendments strengthen the grievance process by removing any appearance of impropriety due to the ability of a Board President to review a complaint and response at the beginning of the grievance process while also serving on the board that hears an appeal or ratifies a hearing panel’s decision,” the committee stated as its rationale for the recommendation.

The second replaced the term “the listing broker” with “the seller” in the Realtor Code of Ethics’ Standard of Practice 3-9. That section now reads:

“REALTORS shall not provide access to listed property on terms other than those established by the owner or the listing broker the seller.”

The committee’s stated rationale for the change reads: “This amendment would simply clarify and reinforce the existing ethical obligation for the listing broker to follow the instructions of the owner or seller when establishing terms related to the marketing and sale of the property.”

The NAR board of directions and the delegate body also overwhelmingly approved a minor amendment to NAR’s constitution, both without discussion. The amendment changed how long a representative from the trade group’s Young Professionals Network serves on NAR’s Finance Committee from three years to two years.

The stated rationale for the change, which came from the NAR Leadership Team, reads: “All members on the Young Professionals Network Advisory Board receive two-year appointments, with the exception of the Finance Committee representative. Adjusting this term to match the fellow members of the Advisory Board’s terms would create an overall cohesive structure.”

More than 99 percent of the members represented by the delegate body voted in favor the change. 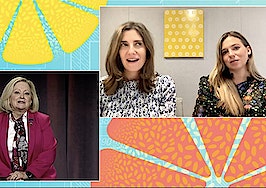 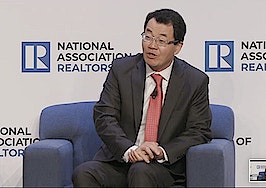 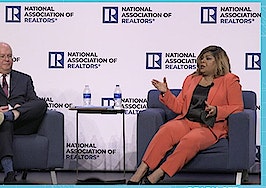 NAR incentives plan for MLSs, local Realtors goes back to drawing board