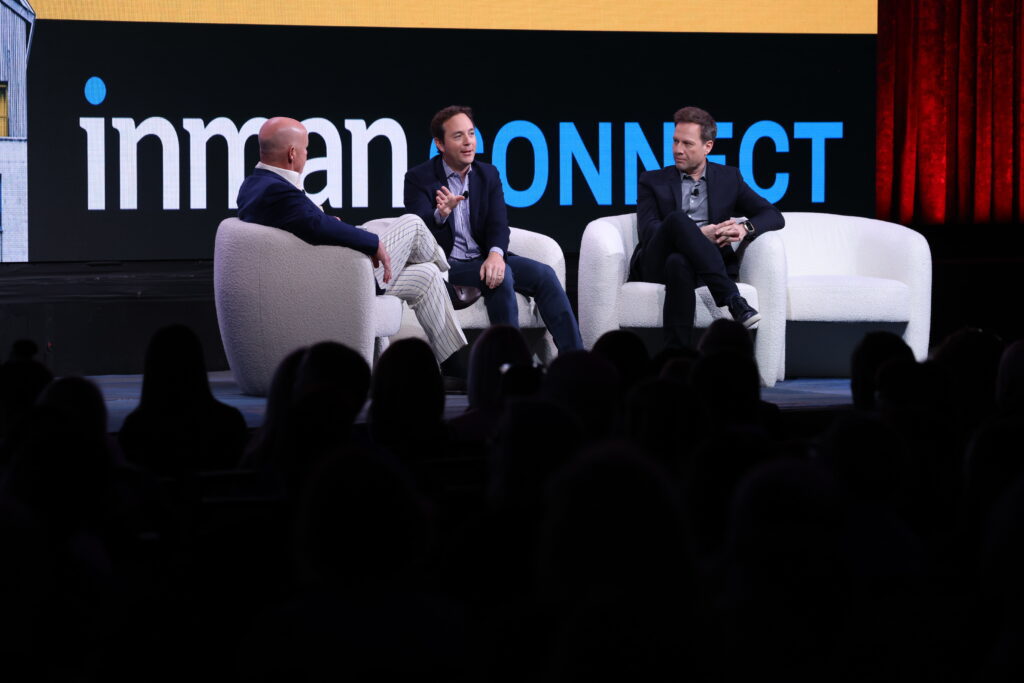 One-time proptech executives and now venture capital-backed kingmakers Pete Flint and Spencer Rascoff told the Inman Connect New York audience Wednesday that any proptechs able to survive the current market will come out stronger on the other side, how they would run other companies and most pertinently, their feelings on the surfaced rumors of CoStar acquiring Realtor.com parent company, Move Inc.

“I’m not at all surprised that CoStar is trying to buy Realtor, that’s obvious and predictable,” said Rascoff, Zillow’s co-founder and now head of venture fund 75 and Sunny. “I am very surprised that NewsCorp is interested in selling Realtor, which has always been the crown jewel. The rumored price tag of $3 billion seems a little low.”

“News Corp. bought it for about a billion almost ten years ago, and it feels to me it’s more than tripled in value over that period of time. If CoStar can get it for three, Andy Florance would deserve a round of applause.”

“CoStar has very clear designs on residential real estate, they’ve tried a bunch of stuff. I don’t know if it’s made a big impact,” he said. “Realtor is a mainstay, it’s massive, its got amazing content, a big brand, from CoStar’s perspective, it should happen.”

News of the potential deal between the two property search giants broke overnight, reverberating in chatter heard between the narrow rows of portable ballroom chairs, Inman’s own editorial channels, and, of course, occupying the mindshare of the category’s most prominent founders.

“If you go back, News Corp entered the space because they looked at their industry and saw that traditional newspapers were dying, and this was their angle into monetizing classifieds and trying to have a growth business,“ Flint said.

“Wasn’t News Corp sniffing around Trulia, and isn’t it true that Zillow got panicked that Murdoch might own Trulia and you [Rascoff] got more aggressive?” Inman asked.

Inman wondered what CoStar might do with Realtor’s referral fee business model should the acquisition reach fruition.

“CoStar has been very vocal saying they think that is a very unethical and inadvisable business model,” Rascoff said. “With Homes.com they charge list agents for sort order, so will they stick with the Realtor.com business model or the Homes.com one? We’ll have to see. CoStar is three times bigger than Zillow.”

What home search portals are trying to fix, why they started, was to solve the information problem for consumers, Flint said.

The group segued into how once consumer search was more or less solved, innovation turned to the the transaction and its long-standing inherent friction.

“I totally agree with the transaction arc,” Rascoff said, but without expressing a lot of confidence in transaction technology. “Well, e-signatures work.”

The cyclical nature of real estate has an effect on transaction innovation, Rascoff said.

“In this category in particular, you have to be able to weather these cycles. But any proptechs who are able to weather this downturn will come out much, much stronger on the other side. They’ll reap great dividends like Zillow and Trulia did in 2011.”

Inman nudged the pair to reveal their opinions on other companies, asking Rascoff what he would do with Opendoor and Flint, Anywhere.

“If I was running Opendoor I’d buy Offerpad, and more importantly I’d pull my listings out of the MLS, and I wouldn’t pay the 3 percent buy-side commission,” Rascoff said, unsettling the audience. “That makes all the difference in their margin, and it would give Inman a lot of news to talk about.”

On his approach to Anywhere, Flint paid homage to its “phenomenal” brands.

“The agents are phenomenal, but the idea of becoming a tech company, which they’ve tried a few times, it just isn’t going to work,” he said. “I hold on to the brand, try to build the brand, and then what are some things they can do in financing? There’s a lot to navigate there.”