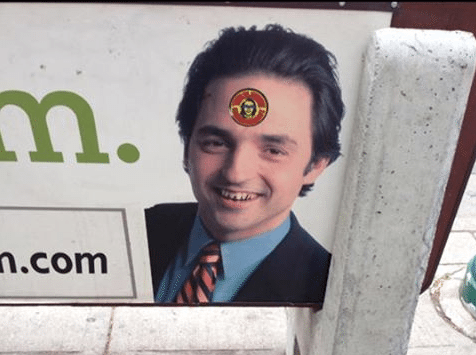 Most business professionals would likely prefer people to refrain from defacing their advertisements. But not Graham Smith.

“When people tell me, ‘Did you see your bus bench on this block was vandalized?’ I say, ‘I love it … people notice it,’ ” said Smith, an agent at Edina Realty.

He loves it so much, in fact, that he’s launched a marketing campaign encouraging people to “to do your worst” to the ads that he said he pays $75 a month to appear on four bus benches around the city — a stunt that may or may not land him in hot water with the city’s bus bench provider.

Smith is inviting people to deface his ads, snap photos of them and tag him in those photos on Facebook as part of his “Bus Bench Challenge,” which won him Inman News’ latest #madREskillz. He’s offering a $50 gift card to the person who submits the photo that earns the most votes in a Facebook poll that he plans to post after the contest’s deadline, Dec. 13. His only request is that participants do not “physically destroy one of my bus benches.” Smith will also accept Photoshopped images for the contest.

“Wit, humor, debauchery or whatever you fancy are all on the table,” Smith wrote in a post introducing the contest. “All pictures will be posted on my website and Facebook site. Bring your A game and do your worst to me.”

Graham said the timing is just right for the contest — which he thought of after a friend posted a photo of one of his graffitied ads — because he is about to replace the ads. 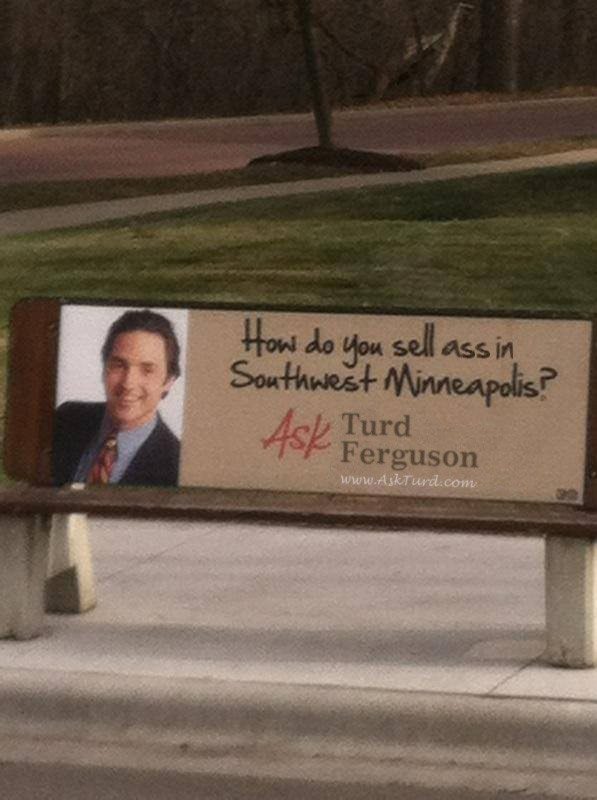 “They’re are all going to get wrapped in the next few weeks so it doesn’t matter that they’re going to get destroyed right now,” he said.

The contest has generated some buzz on Facebook, Twitter and inside his company (Edina Realty recommended the marketing campaign for #madREskillz in the first place), he said. So far, a handful of people have submitted photos for the contest, most of them past clients, he said.

No critics have spoken out yet, he said.

“If they’re that old-school, maybe they’re not even on Facebook,” he said about colleagues who might consider the stunt unprofessional. “And maybe they don’t know what’s going on.”

United States Bench Corporation, which provides the benches for Minneapolis’ public bus system, would not permit advertisers to encourage people to deface their own ads, according to President Scott Danielson. The ads “would be removed immediately,” he said.

Graffiti is illegal, Danielson said, and, though it may be a “fun ploy,” such a campaign might put police in an awkward position.

“Do they arrest the guy or not?” Danielson asked about a person that police might observe participating in the sort of contest Smith has organized.

When informed by Inman News of United States Bench Corporation’s policy on graffiti, Smith said he would contact the firm to discuss his contest.

“I understand their position and will be discussing this with them, as I was not aware of their stance,” he said.

Update: After being informed by Inman News that the United States Bench Corporation said that it would drop any advertiser who encourages people to graffiti his bus bench ads, Smith decided to remove the word ‘graffiti’ from his ‘Bus Bench Challenge.’

“Since the majority of photos have been Photoshopped or people sitting on my bench, I do not foresee a problem,” he said. 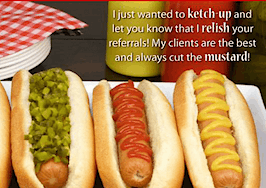 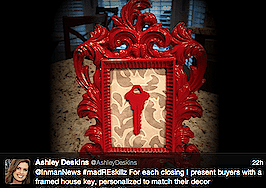 'Feast and Feeds,' framed keys, cartoons and other #madREskillz 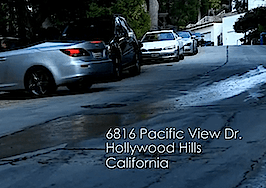 Mustaches, home swapping, scratch-and-sniff pads, and more #madREskillz
Back to top
Only 3 days left to register for Inman Connect Las Vegas before prices go up! Don't miss the premier event for real estate pros.Register Now ×
Limited Time Offer: Get 1 year of Inman Select for $199SUBSCRIBE×
Inmanpot
Log in
If you created your account with Google or Facebook
Don't have an account?
Create an Account
Forgot your password?
No Problem