The nation’s largest multiple listing service, California Regional MLS, is stepping up its mission to build a statewide MLS by taking its cause to the people on the ground: real estate agents and brokers.

CRMLS, which serves more than 75,000 real estate professionals across the Golden State, has launched a marketing campaign for its data-sharing initiative called “It’s My Business” — complete with a website and a new Twitter handle and hashtag #ItsMyBiz.

Your ability to effectively do your job is compromised when it’s impossible to see listing data. Speak Up #ItsMyBiz http://t.co/Fk4q3fkrrr

The campaign’s premise is that agents and brokers want consolidated listing data in order to do business more easily and efficiently, but that “history and politics” have kept that dream from becoming a reality. (Watch the call to action module advertisement on Vimeo.) 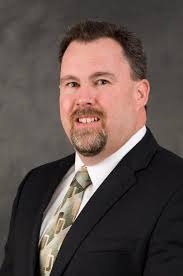 “There has been resistance to that change in many quarters,” CRMLS CEO Art Carter told Inman.

“Either there’s a fear of loss of control [or] a fear of loss of revenue and it leads … organizations to make decisions that we believe are not in the best interests of their agents or their brokers or certainly the consumers in those areas.”

Many agents specialize in a particular geographic area and therefore join the MLS or MLSs that cover that area. Having to join multiple MLSs — with their multiple fees and different, separate systems — is often an extra hassle and expense for both agents and brokers.

But another problem with not having listing data for the entire state combined into one database is that if a previous client wants to move outside of an MLS’s coverage area, then an agent is hard-pressed to help, Carter said.

“Real estate is a relationship game, and you never know where those relationships are going to move to,” he said.

“Being able to act as a partner to these clients that you’ve built relationships with is an important part of most real estate professionals’ business. And the fact that an agent in Orange County right now can’t help a client looking for a second home somewhere in Northern California is problematic for them.”

Agents are being forced to use the same tools consumers do, Carter said: third-party portals such as Zillow, Trulia and realtor.com.

“I find it sad that [agents] say realtor.com is one of the biggest tools that they have because that’s the only place they can go to see all the data in their marketplace,” he said.

“We’re talking short distances where there may be small MLSs in a small geographic area where they don’t share data,” he added.

The “It’s My Business” site, developed in conjunction with real estate strategic consulting firm August Partners, invites agents and brokers to email every one of their association and MLS leaders and to share prepared talking points with their colleagues asking them to support CRMLS’s statewide MLS initiative.

The site also invites agents and brokers to share how they have been impacted by the “fractured” MLS landscape.

Aggregating listing data so that an agent or broker only has to belong to one MLS or association in California to see listings from around the state may indeed lead to a loss of revenue for local associations and neighboring MLSs, CRMLS acknowledges.

But the campaign is an effort to shift industry leaders’ focus back onto agents and brokers, Carter said.

“The MLS doesn’t control the business of bringing buyers and sellers together; we facilitate it. It’s the brokers’ and agents’ business, and it’s time that their voices be heard,” he said.

“I just don’t think that many people see the pain that we’re foisting on brokers and agents to see the data, much less to aggregate it and display it on their own IDX [Internet data exchange] websites,” he added.

Looking toward the future

Aggregated listing data would also help with other industry initiatives coming down the pike, such as Upstream, Carter said. Upstream, a project spearheaded by large broker network The Realty Alliance, would reportedly allow brokers to put listings in a database and then send those listings wherever they wish, including the MLS.

Data-sharing could knock the number of MLSs that brokers need to feed to down to one, according to Carter.

“The ability for a clearinghouse for the brokerage community to be able to deliver data across a wide swath of MLSs with one input point would be significant to them,” he said.

The California statewide MLS movement, first started by the California Association of Realtors, is about a decade old now. CRMLS took up the cause in 2010 when it was formed as a result of a merger of Pomona-based Multi-Regional Multiple Listing Service Inc. (MRMLS) with CAR’s calREDD MLS system.

But, until now, CRMLS has mostly focused on working with the leaders within each MLS and association, Carter said. In doing so, CRMLS has made some strides toward its statewide MLS goal by forging a variety of alliances with other MLSs and associations.

Currently, CRMLS has reciprocal agreements with 13 MLSs, ranging from linking to each others’ databases to full data-shares where the MLSs import listing data from each other’s systems.

Still, CRMLS feels the movement has “stagnated” through those political channels and wants to hear from brokers and agents up and down the state, Carter said.

A spat between Carter and CLAW MLS CEO Annie Ives last year highlighted some tensions over efforts to build a California statewide MLS, including concerns over costs and local control. (CRMLS and CLAW eventually worked things out.)

Carter cited fear of “larger entities coming in and dictating how the business is going to be run” and the belief that outside agents don’t “do a good job selling properties in our specific, unique marketplace” as common objections to data-sharing from MLS and association execs.

But he said agents are licensed by the state and have the legal right to sell real estate “from one tip to the other, from Crescent City to San Diego, and it should be a broker-level decision where agents do business.”

CRMLS’ ultimate goal is a statewide MLS, but, as a minimum step, CRMLS would like to have MLSs do full data-shares where each pulls listings into the other’s database so that agents have access to aggregated listing data from their own MLS system.

This would, in essence, create several aggregated listing databases instead of one managed by CRMLS and would allow MLSs and associations to keep their autonomy.

In a March issue briefing, CAR hinted that CRMLS’ current campaign perhaps does not go far enough, however. The trade group noted that wide-scale data-sharing is a “significant benefit” to Realtors but nonetheless “retains duplicate systems requiring participants to bear the cost of those duplicate systems and the messy mapping that can produce less-than-current data with imperfect translation.”

In addition to cost savings, CAR emphasized that a statewide MLS would also be a bulwark against forces outside of the industry — including “nimble third-party portals” fueled by Wall Street money — “directing real estate’s future.”

“Realtors certainly want to have the primary seats at their own industry table,” the trade group said.

But in a blog post, real estate blogger and tech entrepreneur Greg Robertson said Carter’s proposition sounded “reasonable, not at all crazy.” Although, he also called Carter “pretty ballsy” given baggage from previous statewide MLS efforts and that his odds of success were “pretty slim.”

“But, this type of thinking represents a change in attitudes in many MLS executives. These kind of MLS execs are not afraid of asking the ‘whys,’ not afraid to mess with the status quo, almost looking for a big fight/challenge,” Robertson wrote.

“I know a lot of MLS providers will be looking at what happens in California with great interest, and so will a lot of vendors.”

It’s My Business emphasizes that technology has advanced enough so that it is not the barrier to data-sharing it once was. CRMLS says it has developed cost-effective tools and systems to facilitate sharing, which allowed it to pull out of regional data-sharing venture CARETS last year.

CRMLS is willing to give MLSs and associations access to those tools at no charge, Carter said.

But the campaign may be minimizing the technical challenges. CRMLS and Silicon Valley-based MLSListings Inc. announced a full data-share agreement a year ago, but they have yet to finish its implementation.

CRMLS and San Diego-based Sandicor began discussing a full data-share last fall, but have not come to an agreement. (They currently offer their members reciprocal links to each other’s systems.)

Carter blamed the delay on “politics,” but declined to elaborate further.

Sandicor CEO Ray Ewing said that assertion was likely “a little premature” because the MLS’ primary impediments to data-sharing are technical. In the fall, Sandicor had just converted to a new MLS system, Black Knight’s Paragon, and wasn’t in a position to bring data into that system, he said.

And currently, Sandicor is in the process of making sure its MLS system complies with the Real Estate Standards Organization (RESO) Data Dictionary. Dubbed the “Rosetta Stone” for real estate data, the Data Dictionary is a standardized set of data terms for the most common descriptions of property characteristics used in the industry.

That is a project that the vast majority of the nation’s 850 or so MLSs are dealing with this year. In November, the National Association of Realtors mandated that all Realtor-affiliated MLSs comply with the Data Dictionary by Jan. 1, 2016.

Once Sandicor has the Data Dictionary in place, data-sharing will become much easier, Ewing said. The MLS plans to discuss data-sharing with its association shareholders and with its vendor, Black Knight.

“It would be a significant impact on their staff for us to do this,” Ewing said.

When asked whether he was in favor of a statewide MLS, Ewing said, “In general, yes.” He noted that his MLS has quite a few large brokers that span different areas of the state and would benefit from not having to jump between systems.

But he also agreed with the premise that history and politics are a factor in the initiative. “They’re a factor in a lot of things we do. This is no different,” he said. 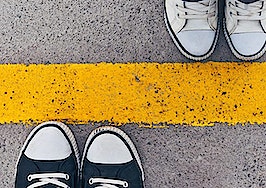 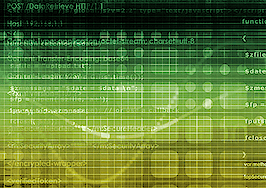 Brokers ask to data share with nation's largest MLS
Back to top
Keep up-to-date on tools and tactics to impress your clients and outshine your competition with the 2022 virtual bundle.Register Now×
Agent Appreciation Sale: Inman Select for only $85.CLAIM OFFER×
Inmanpot
Log in
If you created your account with Google or Facebook
Don't have an account?
Create an Account
Forgot your password?
No Problem