Why do we ever ask sellers this question: “So, what are you hoping to sell your home for?”

Wouldn’t that be great? Just one time, to be able to surprise a seller with good news that the seller’s home is worth a lot more than he or she thinks?

Alas, what happens is that the seller will give you some breathtakingly unrealistic price, a price that seller couldn’t get if he or she threw in the furniture, car and the house next door.

“Anchoring” is the psychological tendency to stick to a starting point.

And that does all sorts of bad things to your discussion.

At the very least, that price becomes an “anchor” for the discussion. “Anchoring” is the psychological tendency to stick to a starting point. The problem is that even if the anchor is unrealistic or irrational, we tend to adjust away from it insufficiently.

That’s why you always want to get a realistic number on the table first and adjust from there. Because if you don’t, that unrealistic price that the seller got from his or her idiot neighbor is going to be the starting point for the rest of your pricing analysis.

Even worse, you’ll become self-conscious, and it will ruin your presentation. You know you have bad news to deliver, which is that they could take their house, mint it in 24-carat gold leaf, and it still wouldn’t be worth what they want. So now you’re going to be uncomfortable throughout the rest of your appointment, just waiting to drop that bomb.

Put a realistic number on the table from the start and adjust from there.

Indeed, you might even try to justify their dream price. I once had an agent challenge me on this advice, saying that she liked to know what her sellers wanted so she could tailor the CMA for them.

The last thing you want to do is get their pie-in-the-sky number on the table first. So why are you asking them the question?

If you tailor your CMA to justify their dreadful price, you’re not doing your job.

I mean, does it even matter what the seller wants to get out of the home? If the seller has a price in mind, it’s probably because he or she either needs a certain amount to get into the next home, wants to sell it for more than he or she paid for it or wants to get every dollar back that he or she put into it.

And here’s the thing: none of that matters. The market sets the price, not the seller.

Now, I don’t necessarily blame agents for asking the question. After all, that question is in most of the listing presentation confirmation call scripts I’ve ever seen. Traditional trainers are obsessed with teaching you to qualify sellers before you take the appointment.

In other words, they want you to test whether the seller is going to be realistic on price so that you don’t waste your time taking listing appointments with unreasonable people.

Here’s the problem with that — you’re going to take the appointment anyway, aren’t you? Even if the seller thinks that his or her home is going to sell for all the money, every single one of the monies, you’ll take it — figuring you can show the seller the reality of the market.

So what should you ask instead?

A better way to anchor the pricing discussion is to ask them what they paid for the home — at least in situations where you know or suspect that they paid less than it’s probably worth now, which will generally be true unless they bought it in the mid-2000s.

Or ask them how much they owe on it, which is a great question because it anchors the discussion to their equity, and it can also uncover hidden short sale situations.

But don’t ask them what they want to sell the home for. It’s like the old saying about lawyers, “Never ask a question you don’t know the answer to.” Going that route is madness.

Pricing mistake No. 1: Never ask sellers what they want to sell their home for.

Joseph Rand is one of the managing partners of Better Homes and Gardens Real Estate – Rand Realty in New York and New Jersey and blogs about his local markets at the Rand Country Blog and about the industry atClientOrientedRealEstate.com. 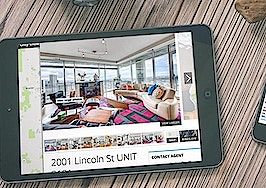 Why you simply can't do enough marketing for a buyer 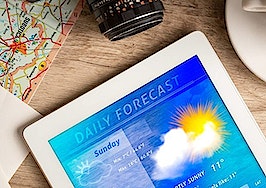 Realtyperson, heal thyself: Sellers will never trust us on price 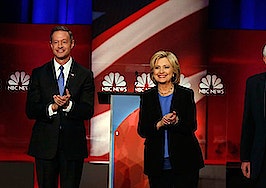 Why agents should stop it with the politics on Facebook