I was raised 12 miles from the celebrated Route 66 in Southern Illinois. When I came of driving age, iconic cars that hit the road included the Shelby Cobra, the Dodge Charger, the Plymouth Road Runner, the Chevrolet Camaro and the Ford Mustang. Cars were in my blood like the St. Louis Cardinals baseball team. But not anymore.

I was raised 12 miles from the celebrated Route 66 in Southern Illinois.

When I came of driving age, iconic cars that hit the road included the Shelby Cobra, the Dodge Charger, the Plymouth Road Runner, the Chevrolet Camaro and the Ford Mustang.

Cars were in my blood like the St. Louis Cardinals baseball team. At one point in my youth, I spent 80 percent of my time thinking about cars and baseball.

Not anymore. Cars became a pain in the neck; ugly bouts with auto insurance, traffic snarls, bumper-to-bumper blues, road rage and too many cars in small places making us all nuts.

A radical solution — not merely an idea any longer — is underway.

Driverless cars, mobility as a service, shared vehicles and less auto ownership is changing how we get around, reconfiguring our communities, freeing up our time and lowering the costs of transportation.

The average annual costs of owning and operating a car in the U.S. is $9,000.

The average annual cost of owning and operating a car is almost 10 grand.

Imagine a future of cleaner and more affordable cities, less-stressed people and an improved quality of life.

And what about an expansion of real estate choices for everybody.

Getting around has never been easier

Driving as we know it is undergoing a radical change.

Owning cars is out; ridesharing (“vehicles as a service”) and self-driving autos are the future. This transportation tsunami is changing the economics of mobility, morphing the ease of getting around and influencing real estate in profound ways.

If none of that gets you pumped up, how about life and death?

Human error is the biggest cause of automobile mishaps, and digital distractions are driving an increase in fatalities — up 10.4 percent in the past year.

As writers Adam Thierer and Caleb Watney pointed out in an essay in The Hill, “robots don’t get distracted, drowsy, or drunk. They don’t have blind spots, and they won’t text. These facts alone will result in a precipitous drop in the number of auto crashes and corresponding injuries or deaths.”

When my four-year-old grandson, Landon, turns 16, I will not have to fret about him tooling 4,000 pounds around town at 80 miles an hour.

We can also free up 25 percent of an average city’s real estate (parking); convert a garage to another one or two bedrooms; and eliminate 80 percent of our cars through a more efficient transportation system.

Oh — and it will be a better way to show homes. You can actually focus on your customers instead of dual processing (driving and talking) like a manic tour guide.

The link to real estate is profound

The axiom “location, location, location” was more or less built on narrowly defined access to certain neighborhoods because of a fixed and linear transportation model of roads and highways and single-household car ownership.

Prized fixed locations are diluted by new and less stressful ways of getting around.

Millions of American commuters crawl along congested highways to get to work. Driverless cars changes the face of commuting, giving renters easier access to affordable locations.

A much more dynamic transportation network offers easier access to public transit hubs and other transportation nodes. Plus, there were will be far fewer cars on the road.

The average car is only used 6 percent of the time, creating an inefficient and congested system.

Once a network of autonomous and driverless cars is the primary mode of transportation, the number of cars will be dramatically reduced. Cars and their movement will be organized like data — connected, accessible and prompted by voice and touch. (That’s what Uber is.)

This will free up roads, reduce commute times and result in more bike lanes.

Far-away places will be more accessible because you will not be sitting idle in traffic jams.

End of parking as we know it

When cars are less important, so is parking.

My wife, Yaz, and I moved to Los Angeles two years ago and resolved to combat the one thing that hurts the quality of life for Angelenos: driving.

How? We don’t drive. In L.A., going carless is akin to walking barefoot outdoors in Minnesota in January.

We bike and Uber everywhere in L.A. I stashed my car in a far-away parking garage so I was not tempted to do otherwise.

With my big bike basket, I can carry the dry cleaning, groceries, flowers and almost anything around town. I bike to long-distance meetings as far as I can, then lock the bike and take Uber for the last segment. Then I take Uber back to my bike.

Once you start biking everywhere, you stop seeing limits. Doing 10 to 15 miles a day on a bike is typical. Plus, it revs up my heart — which my cardiologist loves. More often than not, my new transportation madness gets me there quicker than driving in bumper to bumper traffic and loss time scrambling for parking.

(You can read about how Los Angeles is reinventing its entire future around a new digital vision for transportation.)

As this trend was coming into focus, we converted our useless garage (crappy storage space) into an extra bedroom and bath, increasing the value of the house. Soon, the garage will be arcane and contribute little or no value to the home.

(Today, most Realtors would say otherwise, but I predict that they will change their tune in a couple of years.)

“Next time you walk outside, pay really close attention to the space around you,” writes the co-founder of car sharing service Lyft John Zimmer on Medium.

“Look at how much land is devoted to cars  —  and nothing else. How much space parked cars take up lining both sides of the street, and how much of our cities go unused covered by parking lots.”

Thirty percent of our real estate is tied up in parking lots and garages, which can be converted to housing, schools and other much better uses than storing our cars.

Plus, these changes will eliminate the need for big infrastructure investments in highways, so money can be redirected toward bike lanes and other transportation alternatives that will get us around faster.

What is the timing on this?

Driverless cars will be in full swing next year and take off like ATMs did in the 1980s.

Then, students and young people were the early adopters of ATMs and safety was the No. 1 concern.

Then, the government was the biggest barrier until it realized that digital transactions were more immune to fraud than writing checks and using tellers to get cash and make deposits.

The first step in this transformation, ridesharing, is already in full swing — becoming routine, more sophisticated and efficient.

Years ago, I went to Austin when it had Uber. At night, we visited joint after joint, spending money and happily paying the 6.25 percent sales taxes along the way. Uber enabled it.

I was recently there at the big Keller Williams event after Uber had been been run out of town like an outlaw. I relived the nightmares of the LBU days (life before Uber).

We finished dinner and wanted to keep going, but finding a cab, calling for a taxi and waiting for a rude driver was the pits. I went home instead.

On a recent trip to Mexico City, I experienced a city transformed — safer and more accessible — because of bike lanes and Uber. We freely experienced this wonderful city without fear.

As for the argument that cars are about freedom? Wrong. At one time, car ownership was about a way to escape and run freely.

Not anymore. Cars are expensive and they get you stuck in traffic.

What is free about that? 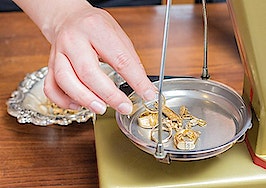 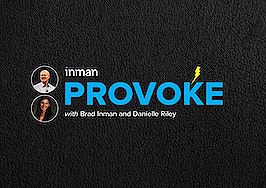