Historically low mortgage rates have been the spoonful of sugar helping buyers swallow steep home prices, bidding wars and scant affordable housing this year. Then, in a fever pitch, rates jumped after the election — and the latest from the Mortgage Bankers Association tell us the 30-year FRM spiked to 3.95 percent, from 3.77 percent. Some agents are seeing consumers to reacting with a since of urgency in the immediate aftermath.

Then, in a fever pitch, rates jumped 20 basis points immediately after last Tuesday’s news amid a wacky post-election bond market. (The 10-year Treasury note, which had for six months hovered around 1.80 percent, grew to 2.07 percent — the highest reading since last January.)

The latest from the Mortgage Bankers Association (MBA) tells us that 30-year fixed-rate mortgages (FRM) spiked to 3.95 percent from 3.77 percent. 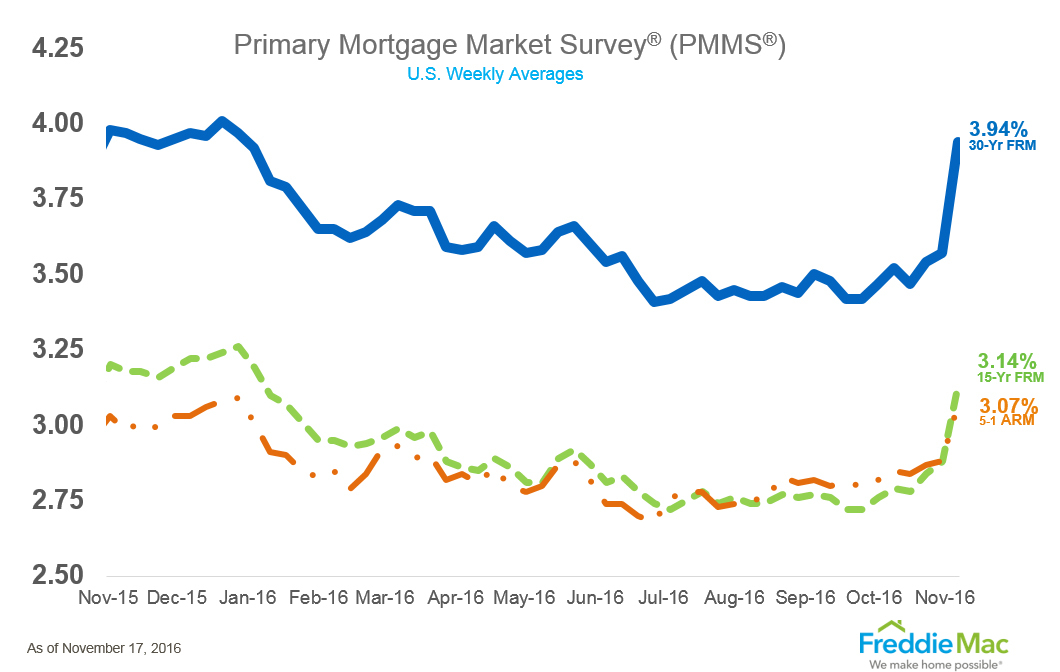 “This week’s increase in mortgage rates, being dubbed the ‘Trump Tantrum,’ is the biggest one week increase since the ‘Taper Tantrum’ in June 2013,” said Bankrate’s chief financial analyst Greg McBride in a statement, referring the surge in U.S. Treasury yields and subsequent panic a few years ago.

Some perspective: Rates remain at the bottom of the barrel, relatively speaking.

In fact, last year at this time, the 30-year FRM averaged 3.97 percent. (And as Realtor associate Rosemarie Villanova pointed out in a Facebook discussion on Inman Coast to Coast, “Remember in the boom a great rate was 6 percent.”)

But the anticipation of Trump’s pledged spending plans, particularly in the infrastructure realm, and tax cuts have investors anticipating some inflation and a dose of adrenaline to the economy — and therefore pulling money out of the bond market.

On the other hand, some real estate agents are seeing consumers to reacting with a sense of urgency in the immediate aftermath of rate change — to lock in a good rate before it’s too late.

Reports from the trenches

Dispatches from industry pros across the country relayed similar sentiments.

Samantha DeBianchi, luxury agent and founder of DeBianchi Real Estate based in South Florida, said she’s “definitely seeing more people make moves and wanting to get in now before they go higher.”

Realtor Andrea Valenzuela of the Greater Denver area added in the Coast to Coast thread, “I’ve actually seen more people taking the plunge with the uncertainty of whether the rates will continue to rise.

“With the recent increase we’ve seen, I think those sitting on the fence have realized that the rates actually did rise (no longer a lofty threat that they may) and they fear that they’ll continue to rise so might as well jump in feet first and get in now before rates get even higher.”

Realtor Brandon Doyle replied: “We’re seeing the same thing with buyers here in [Minnesota], I locked in my rate this morning on my own purchase. It has risen 38 basis points since about 9:30 a.m.”

Earlier this week chatter about stimulated homebuyer interest created some buzz on Coast to Coast — Naples, Florida, agent Tiffany McQuaid chimed in that “My Realtors are running their tails off this week!” while others reported having stalled negotiations resume and wishy-washy buyers coming off the fence.

A fleeting moment or the first sign of long-lasting change?

While the housing market has been hanging out in the honeymoon stages of recovery, there’s been speculation of when that rate-rising moment would come, and whether it would be gentle or shell-shocking.

Steve Cook, editor of Real Estate Economy Watch, anticipates that all the pieces are in place for the rate increases to stick.

“I think that the long-awaited day when rates will change direction and begin a long-term rise has arrived,” he said. “The stars are finally aligned. The strengthening U.S. economy is driving up rates on 10-year Treasuries, Janet Yellen is raising expectation for an increase by the FOMC, and Donald Trump’s plans to heat up the economy with an infrastructure program next year all point to a major course correction in interest rates.

“The Fed plans to continue to move cautiously, so expectations are that we will see a gradual but steady rise in rates in 2017.”

“I would advise buyers to remain calm but to plan for rising rates,” Cook said. “The kind of increase we expect to see next year will have only a marginal increase on monthly payments on a 30-year fixed rate mortgage.

“However, I think that, barring bad news in the economy, this time we are in for lengthy rise in rates over the next few years that will make buying a home significantly more expensive.”

What’s it mean for sellers?

Pacific Union International CEO Mark McLaughlin in the Bay Area had some advice for sellers. In his company’s annual real estate forecast, he spoke of the likely narrowing of households that would qualify for a suitable home loan.

He told Inman: “If I am a seller in the next 24 months, I would be acutely aware that every 1 percent rise in mortgage rates effectively eliminates 30 percent of the portion of buyers … 25 percent in the Bay Area can afford a $1 million mortgage at 4 percent, 20 percent at 5 percent and 16 percent at 6 percent.” (A full recap of the forecast can be viewed here.)

In a Fox Business Network video newscast Wednesday, Rick Sharga, EVP of Ten-X, an online real estate buying and selling platform, noted that the increase as it stands isn’t anything worthy of ruffled feathers. And he gave buyers another silver lining: as interest rates go up, home prices will slow down and in some markets, go down.

Crunching some more numbers, he said, “For a $100,000 loan, the average borrower is going to pay an average $23 per month more than before the election, and that really shouldn’t have any effect on the housing market.

“The real question is how high is inflation expected to go and how much growth we’ll see in the economy, because that’s what’s actually driving the bond yields, which in turn drives the interest rates. 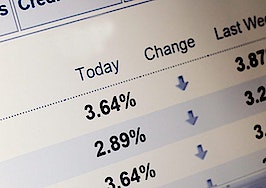