To serve ultra-high-net worth (UHNW) individuals and help them with all their property needs is the ultimate dream for many luxury agents. However, meeting the richest of the rich, and infiltrating their environment, can present challenges. How do you get inside the world they inhabit?

To serve ultra-high-net worth (UHNW) individuals and help them with all their property needs is the ultimate dream for many luxury agents.

However, meeting the richest of the rich, and infiltrating their environment, can present challenges. How do you get inside the world they inhabit?

Winston Chesterfield, wealth intelligence expert and director of financial research firm Wealth-X, spoke at One Sotheby’s International Realty’s annual summit on Friday in Miami and got to the heart of this very topic.

He suggests getting to know these people better — find out what they do for fun.

“To really know billionaires is to look beyond their commercial success and instead focus on what makes them tick: their interests, hobbies and passions,” notes the Wealth-X 2015-16 Billionaire Census Report. 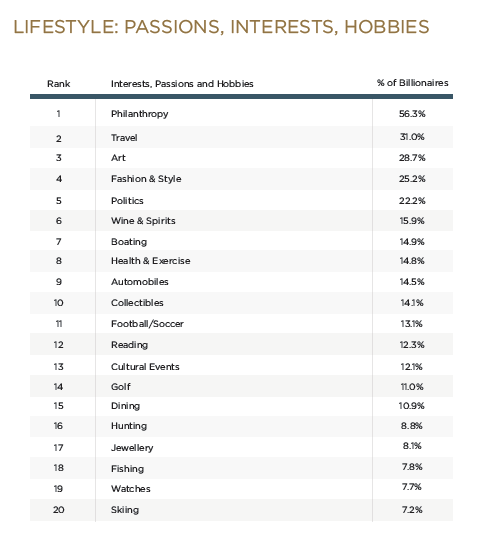 Philanthropy continues to be global billionaires’ primary passion, with more than 56 percent interested in or pursuing philanthropic activities.

“This is partly due to a rise in the global coverage and recognition of the philanthropic endeavors of billionaires such as Bill Gates and Warren Buffett,” the report says.

In Florida, where Chesterfield addressed the 2017 luxury market in his presentation, the number of UHNW individuals (who have an average net worth of $81 million) who consider philanthropy a hobby comes in at 46 percent. This male-dominated group also has interests in sport, outdoor pursuits and aviation.

Breaking out of your box to rub shoulders with the elite

Chesterfield added that the super-wealthy enjoy getting together with friends to raise money, so these events present opportunities for real estate agents who want to rub shoulders with this type of crowd. But do it with care, he said.

“A lot of times people prospect the rich people they know or the ones they know of, but that’s not the way it works. Wealthy individuals are private and are often prospected in an unsubtle, aggressive way,” he said. 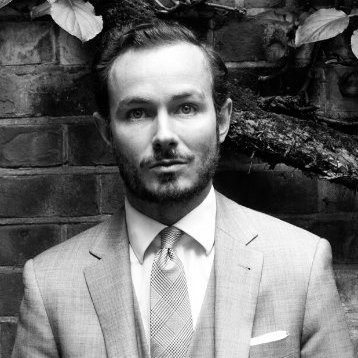 If you can become the real estate adviser of an UHNW individual, that relationship can be a fruitful one over the years. They tend to be decisive and to act quickly.

And chances are, the investor will make changes in their property portfolio as their work intensifies or eases off and they have to spend more time in a certain parts of the world.

“Because they are so international, their work can take them anywhere and their needs change. They may be in Seattle one year and in New York the next,” said Chesterfield.

Meanwhile, for those who are lucky enough to help an UHNW individual with a purchase, follow up is well worthwhile, which may lead  to you joining their group of advisers, according to the Wealth-X director.

“High-end agents in New York or London will keep in touch with clients and take them out for dinner or lunch when they are in town. They try to resolve any issues for them and build up trust,” said Chesterfield, who is based in London.

“Agents they bought from, they will probably sell through as well; if the relationship is strong, and with multiple properties across the world, the opportunities are huge.”

Tips for home shopping with the UHNW individual

In shopping for a home with an UHNW individual or their adviser, Chesterfield offered some tips.

“In lots of ways, they are looking for something uniquely ‘of the place,'” he said. “They might be using the same designer or the same architect, but they are not looking for exactly the same home in all the places they have property.

“When the international ultra wealthy go to London, they want something that truly represents London, for instance.

“The majority of ‘ultras’ [in Florida] want something that is part of the landscape in Florida. They are buying with beach access in mind; they want moorings, to be near a quay where they can have an aquatic lifestyle,” he said.

Agents in warm areas should make sure they know about surrounding sports facilities, tennis courts and the activities people do in the sunshine.

Waterskiing, for example, is a favorite among these sporty types.

There are two parts of Florida that appeal to different audiences, said Chesterfield, in addressing the Miami crowd.

The first is those who prefer the older European world and gravitate toward Palm Beach and Fort Lauderdale. Palm Beach has historically appealed to British aristocrats, such as the Duke of Marlborough. 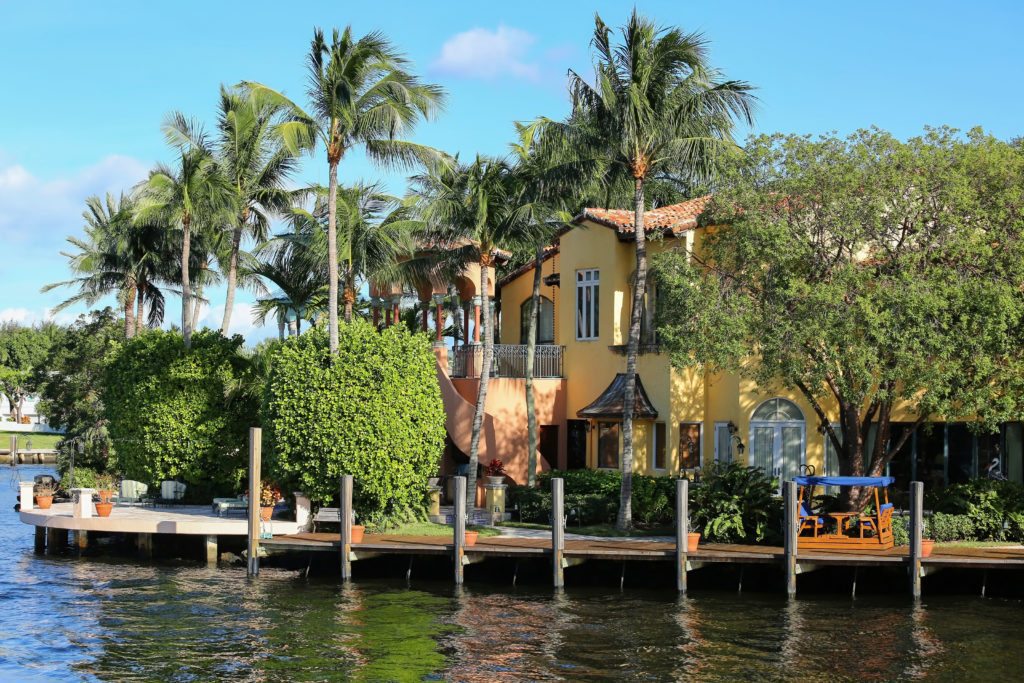 Then there are those who are attracted to the very modern condominium aesthetic of Miami and South Beach.

The UHNW individuals buying condos are not necessarily choosing a humbler home.

Recent condo developments such as Faena House in Miami Beach, designed by world famous architect Sir Norman Foster, include a helipad, the highest-end furnishings, concierge service, top chefs and nannies on-site — so they are not forgoing the features they would have if they had bought an estate with on-site staff.

And for the privilege of living there, the ultra wealthy are paying more than $60 million per apartment in some cases. The penthouse and unit below of Faeno House were put on the market for $73 million each last year.

This apartment living is ideal for an UHNW individual jetting in from overseas or New York for an event or a party, and it is very accessible to airfields, said Chesterfield.

And if you think you might need to brush up on your languages as a luxury agent in this coastal state, you can relax. Although Miami tends to be a real international hub, Wealth X’s research found that three quarters of Florida’s UHNW individuals were American, the rest coming from Canada, the United Kingdom, Brazil, Switzerland, Russia and Venezuela.

Of those who are American, 20 percent come from New York, the next largest group coming from around Lake Erie, Michigan; then Illinois; Pennsylvania and Massachusetts, Chesterfield said. 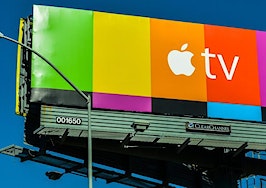