The deal marks a setback for an NYC industry boycott of StreetEasy by providing a way for The Corcoran Group, Citi Habitats and local Sotheby’s International Realty brokerages — all owned by Realogy — to send for-sale listings and rental listings directly to StreetEasy and Zillow Group’s network of search sites. 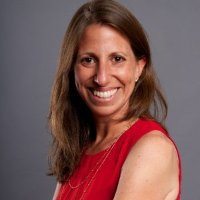 “We are incredibly happy to strengthen our relationship with some of the city’s most influential real estate firms who are making their landlords and sellers their number one priority,” said StreetEasy General Manager Susan Daimler. “Now and for years to come, agents and clients of Corcoran, Citi Habitats and Sotheby’s will benefit from having their listings in front of the largest and most engaged audience of NYC home shoppers.”

As part of the agreement, Realogy will cover rental listing fees on behalf of the brokerages.

For-sale listings are free to post to StreetEasy, but rental listings normally cost $3 per listing per day — a new fee that has riled NYC brokerages.

That presumably refers to a 2015 deal under which Realogy agreed to send listings directly to Zillow Group, rather than through a listing syndicator as in years past.

“We put agents and customers first, and we always work to provide great options for our brands,” Realogy said in a statement. “The agreement with StreetEasy is consistent with our desire to enable agents to make the best choices for their customers.”

A Realogy spokesman declined to answer specific questions about how, if at all, the new agreement affects non-NYC brokerages, including to what date it extended Realogy’s previous listing-sharing agreement with Zillow Group.

StreetEasy’s Riefflin said the extension of the partnership “has no impact on national terms between Zillow Group and Realogy.”

It only adds specific provisions to the partnership “addressing NYC sales and rental listings from Corcoran, Citi Habitats and Sotheby’s on StreetEasy and the NYC Rental Network, which encompasses Zillow, Trulia, Hotpads and StreetEasy,” she said.

A Zillow Group spokesperson, Amanda Woolley, also said the agreement would have “no impact to non-NYC brokerages.”

The agreement deals a huge blow to an industry boycott of StreetEasy, in which a number of local brokerages are refusing to send new listings to StreetEasy (though some individual agents at those firms are manually posting listings to the property search site).

The Real Estate Board of New York (REBNY) had previously revealed plans to launch a single, centralized syndication feed to distribute listings from its own version of the MLS, REBNY Residential Listing Service (RLS), to third-party websites starting August 1. After new StreetEasy ad products sparked a backlash from Big Apple brokers, the syndication plan marked a bid by major NYC brokerages to leverage their power to syndicate on their own terms — though REBNY refused to say what those terms were, as of early July.

Members of the insurgency — including Brown Harris Stevens, Town Residential, Compass and Stribling & Associates — had hoped that The Corcoran Group would also cut off StreetEasy and instead only syndicate its for-sale listings to the listing portal through the new industry-operated syndication platform.

The new deal has dashed those hopes, calling into question the likelihood that the boycott participants will be able to wring desired concessions from StreetEasy. 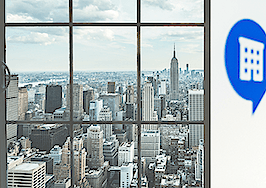 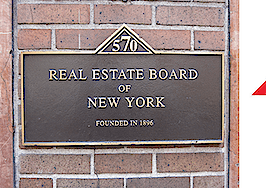