AUSTIN — It was too early for champagne, but the Council of Multiple Listing Services kicked off its annual conference in a celebratory mood this morning.

AUSTIN — It was too early for champagne, but the Council of Multiple Listing Services kicked off its annual conference in a celebratory mood this morning.

Amid accelerating MLS consolidations, a new emphasis on the essential role of the MLS in everyday real estate transactions, and a commitment to meeting change head-on, CMLS CEO Denee Evans declared that “the MLS moment” had arrived and CMLS President Lauren Hansen invited MLSs to “make your mark.”

“This is not the time to let others define our future. We have a voice and we must use it,” Evans told attendees.

“Our role at the heart of the real estate market needs to be appreciated. Now is our MLS moment.”

“MLSs have been a silent partner for far to long and we cannot be silent any longer.” – Denee Evans

MLSs have generally had a stick-in-the-mud reputation when it comes to change, but in the past year MLS leaders have increasingly disavowed clinging to the status quo. Whether that translates to bold action across the industry — not just certain pockets — remains an open question.

In her call to resist complacency, CMLS’s Evans reminded attendees of the importance of the MLS in helping families obtain the American Dream and urged MLSs to continue to strive to make that process better.

“When a real estate professional starts their day, their MLS gives them the confidence to look over new listings that are real,” she said.

She added, “We can make homebuying better. We can make it less stressful and more successful for our brokers and agents. Thank you for making the best real estate market in the world work.”

In the past year, CMLS has launched a new marketing campaign on the “Value of MLS,” partnered more closely with the National Association of Realtors, released a survey report on MLS best practices, and published a Home Energy Information Guide and a white paper on an ‘MLS of Choice’ policy.

But CMLS is cognizant that not all, not even most, MLSs are in its orbit. Hansen noted that CMLS has 200 members, but there are about 700 MLSs. She asked: What do those other 500 MLSs know about MLS best practices and data standards?

Hansen encouraged CMLS members to reach out to those 500. “Imagine the MLS industry coming together with a shared vision of what the future could look like,” she wrote in a note to attendees.

To recognize those MLSs that are making the effort to improve, in the coming year CMLS will work on a process to certify MLSs that meet industry standards, Hansen said. 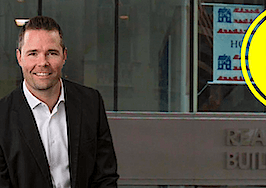 Forced MLS membership no more? The time for 'choice' is now 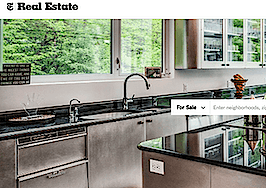