According to a press release, Instanet offers its more than 500,000 licensed users an array of tools to streamline real estate transactions, including TransactionDesk, a digital signature tool called Authentisign, and BrokerDashboard, among other related products. That’s led to a total of 10 million signings, 22 million documents and 31 million forms among Instanet users.

Lone Wolf’s paperless transaction tool, loadingDocs, is sure to be the primary beneficiary of the Instanet acquisition; however, the general overlap between the two companies should lead to a number of enhanced services for customers beyond this main offering.

“TransactionDesk will be our flagship product,” Lone Wolf CEO Patrick Arkeveld told Inman. “LoadingDocs was never a full-fledged transaction management tool, although we’ll continue to support it. Now we’ll be able to offer that to our clients.”

The press release cited a pending investment of “millions” into the integration of the two products.

Lone Wolf has company in what could be described as a real estate transaction management arms race. Other big players in the space include Zillow’s dotloop, DocuSign and ZipForms. Fidelity National Financial, a title insurance and transaction services company, in the previous 18 months has emerged as a giant in this arena by acquiring SaaS CRM Commissions, Inc., CRM and marketing system Real Geeks and most recently cloud-based digital transaction management platform SkySlope.

Instanet, founded in 1991, is embedded with a number of multiple listing services (MLSs) around the country, surely an enticing fact for any real estate software company looking for a growth hack.

Arkeveld agreed. “We’ve been partnering with Instanet for years, and we’ve been looking for ways to expand.”

Terms of the deal were not disclosed but it has been in the works for a “few months,” Arkeveld said.

Employees of Instanet will eventually be under Lone Wolf Technologies, minus the company’s co-founders, who will be using the deal as an exit strategy after a few months of transition work.

Lone Wolf will appear on paper as the largest transaction management software company in the industry.

Asked about the company’s commitment to “being the biggest,” Arkeveld said that they’re more focused on offering great service in the web CRM space, transaction management, and back-office oversight than growth for the sake of growth.

“Plus, we partner with our competition in a number of areas, so we see that as a good thing, because so many agents still use paper,” he said.

The acquisition news comes about a year after Lone Wolf underwent some “reorganizing” with three leadership hires and alleged layoffs that arose shortly after Arkeveld was named CEO in July 2016. At that time, the company claimed to receive additional venture capital funding for an undisclosed sum. 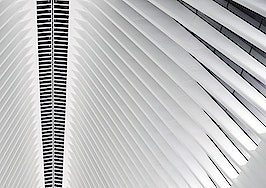 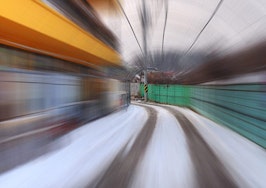