Pai’s plan would dismantle the two-year-old Open Internet Order, which prohibits internet providers from blocking or slowing down websites, or charging higher fees for certain websites online and bundling services, much as cable providers bundle certain channels together and charge extra for premium ones like HBO and Showtime.

“Today, we propose to repeal utility-style regulation of the Internet,” said Pai, an Obama appointee to the FCC, elevated by Trump into Chairman of the agency, who voted against the Open Internet Order in 2015. “We propose to return to the Clinton-era light-touch framework that has proven to be successful. And we propose to put technologists and engineers, rather than lawyers and accountants, at the center of the online world. The evidence so far strongly suggests that this is the right way to go.”

While Pai champions his proposal as a return to free market principles, many technologists and activists are alarmed by the implications. The likely repeal, to be finalized next month when the commission meets for a regular session, would negate a ruling declaring broadband internet as an essential utility, and the companies that provide it such as Comcast or Time Warner (Spectrum) as “common carriers” under “Title II” of the Communications Act of 1934, not unlike phone service and electricity. This part of the act states that “common carriers” must be “just and reasonable,” when charging consumers.

If internet providers were suddenly exempted from this provision as Pai proposes, they could technically begin charging internet users more to access to certain websites such as Netflix, Google, or, more likely, smaller websites that don’t see as high demand, such as Inman.com or local mom-and-pop brokerage websites. See an example of what that would look like compiled by a Reddit user (Redditor) below:

This is (an updated version) of what the internet could look like without Net Neutrality. It’s not good. from pics

Providers could also “throttle” consumer access to certain websites outside their bundles, making them load more slowly than other privileged websites included in a bundle, and could force consumers to pay more to make these websites load normally. Ironically, even the FCC’s website which was used to post Pai’s plan could be slowed under the new de-regulation effort.

We don’t have to imagine what the U.S. would look like without net neutrality: Portugal has already shown that web services end up bundled when there are no regulations preventing this.

For internet-centric real estate companies like Redfin, Zillow and realtor.com, the rollback could have a deleterious effect, with internet providers making it more expensive to access these websites reliably. Additionally, to remain competitive brokers and real estate services might be forced to pay extra in order to ensure their workforces could access all the websites they rely on, should providers choose to offer a tiered-service model.

The National Association of Realtors (NAR), which sent a letter to the FCC in July urging Pai to reconsider his motion to repeal the Open Internet Order, reaffirmed its opposition Tuesday, accusing the agency of stacking the deck against smaller companies in favor of corporations. Ninety-three percent of NAR members report using the internet to promote their business while a mere two percent said they have no web presence, according to NAR data. As NAR President Elizabeth Mendenhall said in a statement:

“Technology is an increasingly important part of the way our membership delivers its services, whether through streaming video, drone technology, or other applications. We remain concerned that a rollback of net-neutrality rules could lead to blocking, throttling, or discriminating against Internet traffic, or even ‘paid prioritization’ arrangements that put small mom-and-pop businesses at a disadvantage in the marketplace. We will continue working with the FCC to share these concerns and ensure a fair and open internet where everyone can succeed.”

In a statement, Redfin blasted the FCC decision, saying it would penalize independent brokers as well as the Seattle-based brokerage and database service itself by raising fees, blocking content and slowing down service.

“Redfin’s mission to redefine real estate in the consumer’s favor depends on free and open access to information about every home for sale, whether it be on Redfin.com or on a small website run by the real estate agent who’s listing the home,” wrote Redfin Chief Economist Nela Richardson. “Removing the framework that prevents internet service providers like Comcast, Verizon, and AT&T from slowing down and blocking websites, or charging apps and sites extra fees to reach an audience, is in direct conflict with our mission to make housing data more transparent and easily accessible to consumers.”

The proposal, which would shift power from the FCC to telecom behemoths like AT&T and Comcast, is expected to easily pass on Dec. 14, when the agency’s commission, comprised of three Republicans and two Democrats, will vote largely along party lines with the Republicans supporting Pai’s plans, according to reports. 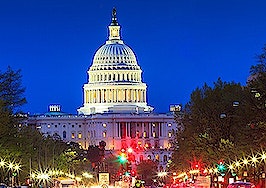 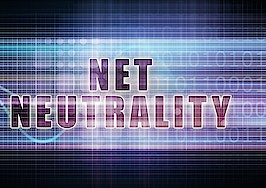 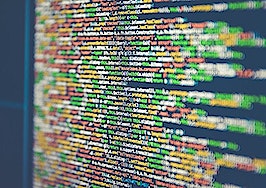