The fundamental problems facing the industry require fundamental solutions. That means destroying that which does not work any longer. That means questioning where we’re headed and why. That means upsetting the comfortable arrangements that have profited so many for so long.

This winter, Inman is obsessing over leadership in real estate. We’re publishing profiles, Q&As, strategy guides, and an in-depth five-part report on what the industry wants from its leaders. Then, on March 26-28, we’re going to gather those leaders in the California desert to digest all of these inputs and figure out where to go from here.

This is a collaborative process. Please fill out our surveys, engage with our posts, and send us feedback to leadership@inman.com. And if you are a leader who wants to join us in the desert in March, or if you want to recommend a colleague, send a note to brad@inman.com and tell us why.

I’ve been asked by the good folks at Inman to give some thought to the question of leadership as part of their efforts to revolutionize leadership in real estate. Seeing as how yours truly does not lack for opinions on a variety of topics, and this one in particular, I thought I would happily oblige them.

First, we need to define the term “leadership” because it’s important to be precise when discussing ideas and philosophies — Lord only knows when it comes to definitions for “leadership,” everybody’s got one. And there are so many dimensions to “leadership,” that it’s a difficult concept to pin down.

So, I’ll define leadership in the same logically fallacious, conclusory fashion as does Jimmy Collins, retired President of Chick-fil-A for 33 years:

The reason I define it this way is to contrast it from positionship, which is rampant everywhere, but particularly in real estate.

My current thinking on leadership in real estate is this: More than ever, we need courage. The current generation of leaders must be willing and able to ask hard questions and make tough decisions that won’t make him or her popular, but will result in saving the real estate industry as we know it.

Let’s get into it. Section titles may or may not be taken from George Martin’s A Song of Ice and Fire series.

A Storm of Swords 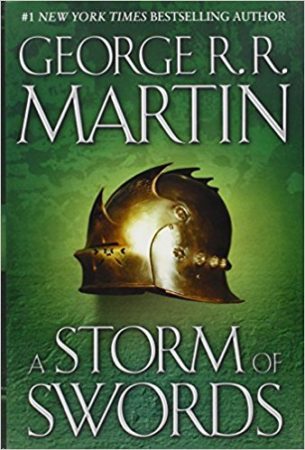 A Storm of Swords by George R.R. Martin

To start, we must agree that there are critical challenges for the industry starting at the cusp of 2020. If we do not, if you believe that everything is hunky-dory, that the biggest problem in real estate is Zillow, that there are not fundamental problems that will blow up sooner or later in unpredictable ways — well, then we have nothing to talk about.

I believe the opposite. I believe there are at least three fundamental problems in real estate that — if left unchecked, if not addressed, if kicked down the road — will blow up and bring about fundamental transformation of the industry with enormous possible negative consequences. They are:

What’s more, the three fundamental problems are interrelated and interdependent.

For example, lack of broker profitability drives headcount-based, recruit-and-retain models, which leads to broken association/MLS models based on membership dues from as many people as possible, which results in widespread and rampant incompetence by agents who are card-carrying, dues-paying Realtors, which in turn degrades the Realtor brand, and so on and so forth.

Left untreated, these problems will result in the outside world imposing solutions on the industry, whether through technology disruption, government action or simple changes in consumer behavior.

In many cases, those solutions will be for the better; in other cases, however, the cure may very well be worse than the disease.

This situation calls for leadership that is strategic, wise, caring, empathetic, and so on and so forth — all of the things that experts and non-experts alike want from their leaders. But above all, leadership today requires courage.

When problems are fundamental, tweaking around the edges ain’t gonna get it done. And you can’t mess with fundamental solutions if you’re deathly afraid of offending this person or that person or constantly worried about job security.

A Game of Thrones 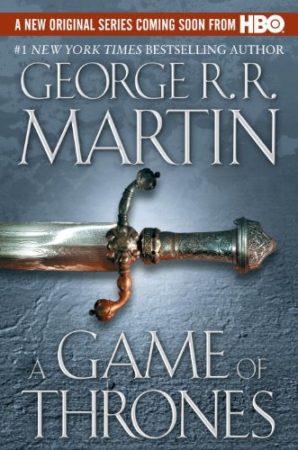 A Game of Thrones by George R.R. Martin

What is “positionship”? There are, once again, many definitions, but I like this one from John Maxwell (paraphrased): people follow you because they have to. You’re the CEO, so your subordinates do as you say, but they don’t follow you in any significant sense of the term. You’ve been elected president, so the by-laws grant you certain powers, which you’re not shy about exercising. But you’ve got no followers, and once your term is over, you’ll disappear like sea foam into the ocean waves.

The brokers don’t practice leadership because they’re beholden to certain top producing agents and keeping them fat and happy is their top priority.

In the MLS and association world, positionship is the norm rather than the exception. The constant revolving door of “leadership” at local, state and national levels means a president is here one year, gone the next.

The association executive or the MLS CEO understands that his or her job depends on politics and keeping the board fat and happy, and so they take no risks they don’t have to. Why rock the boat?

The power games, the intrigues, the perceived slights and offenses, the desperate need for validation by some unknown crowd of “insiders” who will or won’t nominate you for some position or another — these things are the daily realities of organized real estate in the 21st century.

Yet, there are leaders — men and women whom others follow without having to, simply because they inspire and educate in some way. If the industry is lucky, those few leaders will also get the position, which gives them the power to do something about pressing issues.

If we’re not, the leaders get overlooked and silenced by those interested in the position and the power for their own sake.

A Clash of Kings 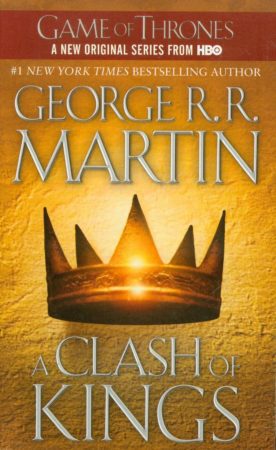 A Clash of Kings by George R.R. Martin

What then do we need from our leaders? I have said above, it is courage above all, right now, at this time.

The fundamental problems facing the industry require fundamental solutions. That means destroying that which does not work any longer. That means questioning where we’re headed and why. That means upsetting the comfortable arrangements that have profited so many for so long. Naturally, those who depend on the status quo for their jobs, their positions, and their status will not simply let things go. It doesn’t work that way.

Then we need them to step up, with courage (which does not mean the absence of fear) to change what must be changed, to destroy what must be destroyed and to build what must be built.

We might call such people kings and queens arising. They will assuredly clash with the old guard of kings and queens. The latter will have power, money, influence, positions, titles and even companies.

But the former will have truth and reality on their side, if they would only speak the truth and act on the reality of today instead of the faded illusions of the past.

This has to be done. There will be conflict, and it will be unpleasant, no doubt. But it must happen if we’re to have a chance.

A Feast for Crows 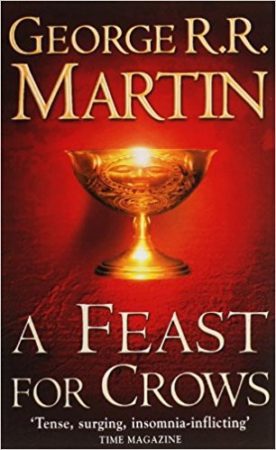 A Feast for Crows by George R.R. Martin

The future looks grim for the real estate industry. The following is merely a list of things that we already know about.

God only knows what else is being cooked up in some garage in Silicon Valley or in some backroom in some state capitol somewhere that we have no idea about at all.

None of us can predict what that looks like, except that it will be exponentially more difficult to regain control once lost than it is to fix what’s broken while we have some control.

A Dream of Spring 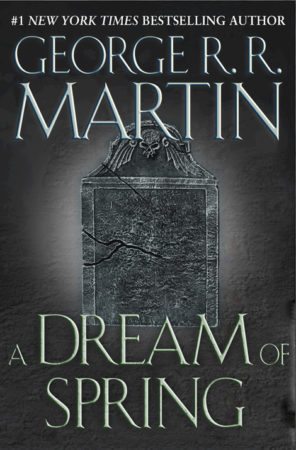 A Dream of Spring by George R.R. Martin

So at this time in the industry’s history, what is needed above all are leaders who have the courage to ask hard questions and make tough decisions.

Several years back, Stefan Swanepoel wrote a book called Surviving Your Serengeti. I reviewed it in 2011, and in that book review, I wrote:

“The natural cynic, like yours truly, might have fun with some of the lessons. For example, the wildebeest embodies endurance, and Stefan spends quite a few pages pointing out that the wildebeest’s journey is fraught with peril, with no guarantees of survival, but exults in the fact that the wildebeest overcame all of those dangers to become the most populous animal on the Serengeti. I couldn’t help but think, however, that the species as a whole may endure, but individual wildebeests get eaten. Thousands of them.”

Those are tough decisions for tough men and women.

These leaders may be in positions of power already. Or they might be on the outside looking in. But they will all have followers, and few will have comfortable words of calm and peace and everything’s gonna be all right.

Because in our time, the challenges confronting us, do not lend themselves easily to messages of peace and comfort and go along to get along. It will take far more than positionship, which can be taken away by a board of directors, by a committee, by some institution or another, to get the industry from here to there.

We can only hope to see these leaders emerge and start to lead.

Because the alternative to hard questions, tough decisions and choices that nobody wants to make is a happy-faced, comfortable, bump-free ride into irrelevance and extinction.

Could such leaders emerge in this social-media-addled, popularity-above-all, politically correct and socially divided Instagram world of ours?

I don’t know the answer, but I’m hoping for their emergence and ultimate triumph, I dream of spring. I dream of a springtime of a new revitalized real estate industry that fulfills its patriotic duty and civic responsibility as laid out for us over a hundred years ago by our forefathers, that cares for and serves consumers as they deserve and that elevates the industry to something beyond ordinary commerce.

Come what may, that’s a dream worth having. 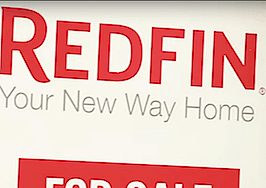 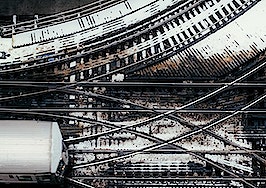 What do Realtors really want from their MLS? 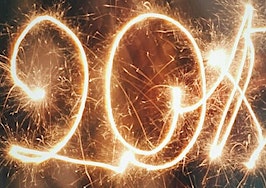 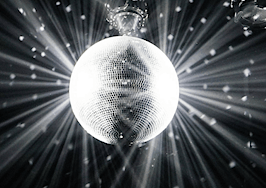 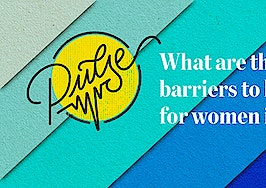 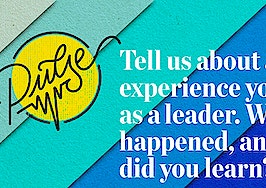