For the ambitious Generation Z, no dream is out of reach. That’s certainly the case for 23-year-old Logan Lester, a real estate agent who launched her career straight out of college and, while already holding the title of Miss Texas, is currently juggling preparations for the big Miss USA pageant in May. 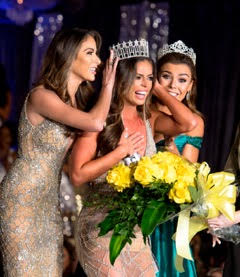 For the ambitious Generation Z, no dream is out of reach. That’s certainly the case for 23-year-old Logan Lester, a real estate agent who launched her career straight out of college and, while already holding the title of Miss Texas, is currently juggling preparations for the big Miss USA pageant in May.

Lester, who works as a buyer’s agent for the firm where she interned, jokes that she’s already got her eye on taking over her team at Re/Max Fine Properties, the Sansone Team led by her mentors Chris and Lizz Sansone. She posted between 20 and 30 transactions in 2017, elevating her into the Houston Association of Realtors’ top 20 under 40 list last year. The Houston native would like to have her own home by the time she is 25, preferably in the vibrant neighborhood of Montrose where she now rents.

Being Miss Texas and working as an agent may sound like a glamorous life, but it requires quite the balancing act between public appearances, physical training as well as putting real estate clients first.

“I wake up a little earlier, and go to sleep a little later,” Lester told Inman.

When meeting a new real estate client, the Re/Max Fine Properties agent does not shout her Miss Texas title from the rooftops.

“It’s not the first thing I tell people,” Lester said. “I don’t say anything to them until we have a closer relationship. I wouldn’t ever want my clients to think I don’t have time for them; I work hard to make a schedule where I’m putting clients first.”

There is a nice synergy between her roles, however, as activity in pageantry has led to real estate business. Her first closing ever was with a million dollar buyer who, like her, is a fitness enthusiast.

“I think that being in pageantry has really helped me network with a larger variety of people for my real estate business,” she said.

Chris Sansone said the rest of the team, who will all be attending the Miss USA contest on May 21 in Louisiana to support Lester, believes Lester’s real estate experience has helped her in her pageant competitions, too.

“She has such poise; she’s able to answer any type of question that comes her way at the pageant,” Chris Sansone told Inman.

“She really is not trying to gain business from being Miss Texas, it’s just another facet of who she is. She doesn’t rely on that at all; she wants to do it on her own,” he added, noting that Lester has a lot of empathy for the “plight of people finding their dream home.”

Lester was bullied at high school and fought bad depression as a result, and bullying is one of the things she talks about in her public appearances as Miss Texas, when speaking to high schoolers, for instance.

“This experience dealing with mean people, I think it’s something you learn to deal with. It’s not about what happens but how you react,” she said.

“In real estate,  I hear ‘no’ all the time,” Lester added. “If I gave up on the first go, I would never have a business.”

Congratulations to my parents for closing on their home this morning. I was able to help them find the perfect place to settle down as empty nesters coming up. Thank you to @teamsansone and Douglas Hoffman for all of your help. #RealEstate #Family #TeamSansone #BuySellRent #Houston #TexasRealEstate #MissTexasUSA #TheLesters #Realtor #Buyersagent #WomenWhoWork

Lester has to maintain a thick skin as Miss Texas, with people telling her on social media that she is ugly or “the worst Miss Texas ever picked.” After winning the Miss Texas title on her fourth attempt, Lester is letting all that negativity roll off and enjoying the new responsibilities that come with the title.

With Miss USA scheduled for May 21, it’s “crunch time,” she said.

“I’m paying attention to what’s going on in the world,” she said. Gun violence will be a topic of conversation at the competition, as will women’s empowerment, she said.

“The girls competing in Miss USA are all go-getters in the community, successful in their careers, they are not just girls with a pretty smile,” said Lester, who was very active volunteering after Hurricane Harvey came to her city. “We all want to use the stage as our voice, to show the work we do in the community.”

And if she wins the Miss USA title, what happens to her real estate career?

“She’ll be coming back and forth, it’s not a full-time paying job but we’ll work with her,” Chris Sansone told Inman. “We’ve known Logan since she was a kid, we are behind her 100 percent. Her work ethic is unbelievable — the same type of effort she’s putting into her pageants is the same type of determination we see in her as an agent.” 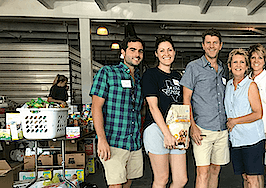 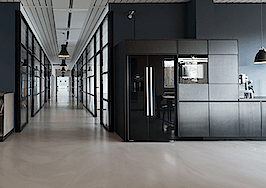 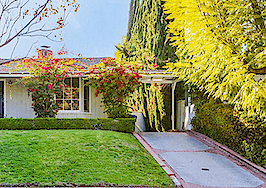 How an agent is selling the house from Tarantino's 'Pulp Fiction' 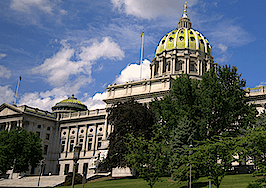 Realtor running for state House on platform close to his heart