The Corcoran Group
by Marian McPherson
Share this article
You successfully shared the article.
Close

The Corcoran Group today announced the launch Corcoran-branded stickers for Instagram Stories, the platform’s feature that allows users to post photos, and live and pre-recorded videos that disappear in 24 hours.

The Corcoran Group on Monday announced the launch of branded stickers for Instagram Stories, a social media feature that allows users to post photos and live and pre-recorded videos that disappear after 24 hours.

Based in New York and owned by Realogy, Corcoran appears to be the first real estate firm to embrace Instagram Stories, and it was an early adopter of the social media platform in 2016. The firm has grown its engagement by 233 percent through its 57,000 Instagram followers since it began using the social media platform in 2016, according to a press release issued on Monday.

To utilize the stickers, agents must open the Instagram Stories feature, swipe to the “type” or “normal” settings, choose a photo or video they’d like to share and click the sticker icon on the top-right side of the screen. From there, they’ll be able to choose the “gif” option and find Corcoran’s sticker pack by typing “Corcoran” or the brokerage’s motto, “Live who you are.”

Among 18 options, the stickers include glimmering sunglasses, a twirling umbrella, images of specific New York City neighborhoods, and “Just listed,” “Just sold” and “Open House” signs, to name a few. The brokerage plans to roll out more stickers to coincide with the changing seasons, holidays and special events. The company will also be taking suggestions from Corcoran agents on what they’d like to see next.

The company partnered with Giphy, an online database of animated images, to create the “stickers,” according to the release.

“We tell our agents to have fun with it,” Jenny McClary, Corcoran’s digital content strategist, told Inman on Monday. “Stay consistent with a visual identity, which means picking some themes you’re always going to incorporate. So when somebody who you don’t know comes across your account, they’ll know right away why they should follow you.”

McClary said Instagram has always been the crown jewel of the brokerage firm’s social media plan, and Instagram Stories was an opportunity for them to build greater engagement with the company’s followers. Corcoran’s first Instagram Story involved a weekend in the Hamptons and included tours of specific neighborhoods and information about what made each area unique. McClary said they’ve continued sharing that sort of specialized content along with impromptu property tours that allow followers to see homes as-is.

“I think what was really important for us is that we weren’t just a feed full of properties that are available to sell or rent,” McClary said. “We tried to tell a story, and we’re trying to find ways to incorporate our agents into those stories and into the lifestyle around the properties.” 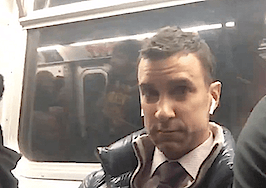 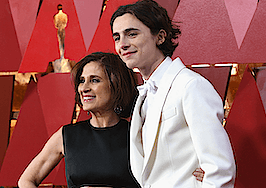 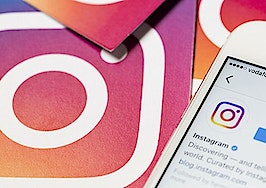