There have been many lists and rankings in real estate, but there has never been a Guinness World Record holder for real estate sales — until now.

Today, the organization known for its beer and recognizing incredible feats by people around the globe announced the establishment of its first real estate-related category at the Real Trends “Gathering of Eagles” conference in Denver, Colorado. That new Guinness World Record category is “most annual home sales transactions through MLS by an individual sell side real estate agent.”

The winner? Industry legend Ben Caballero, who was the sell-side agent on a whopping 3,556 transactions in 2016, according to Real Trends, from which Guinness drew its data.

That transaction number was seven times that of his closest competitor for most sales. And Caballero’s sales volume in 2016 was a staggering $1.44 billion.

The trained builder has been in the real estate business for 50 years and earned his broker’s license at 21. Caballero lives in Addison, Texas, and specializes in new home sales for 65 builders in Dallas-Fort-Worth, Houston, Austin and San Antonio. He created the HomesUSA.com platform in 2007, an MLS listing management and marketing platform that streamlines processes for builders.

At the announcement ceremony today in Denver, Caballero said it was the highlight of his career in a press statement. “It’s incredible that, until now, no real estate agent has ever been recognized for setting a world record for home sales. I am honored,” Caballero said.

Speaking to Inman today on the phone from Denver, Caballero added: “I’m still processing it a little bit. It doesn’t change a thing for me, I’m still doing the same things. What we try to do is get better and better at every opportunity. It’s nice to be recognized, but what I really like is when I tell somebody, and their eyes pop out, and they go: ‘What, really?'”

Steve Murray, president of Real Trends, further remarked in the release: “For years, our rankings have recognized the accomplishments of thousands of real estate professionals, but no one came close to achieving what Ben has.”

Caballero said he couldn’t have done it without help from WAV Group’s Kevin Hawkins who started talking about the idea a year ago with him. Real Trends’ Murray, meanwhile, helped provide validation information in the rigorous Guinness World Records due diligence process.

“They don’t mess around, they really make sure that you prove your claims — it’s not a quick and easy process,” said Caballero.

The record-breaker’s advice to other agents wanting to excel at a high level is to find a niche.

The broker said if he had started his business anywhere else but Texas he would not have been as successful.

In Houston and Dallas, builders are doing more than 25,000 and 30,000 homes a year in each of those markets, much more than other states, he said.

Customer service is a big one too. “Answer the phone and emails, and take responsibility when you make a mistake because nobody’s perfect,” Caballero said.

Caballero, who employs around 11 software developers, is launching a new version of the HomesUSA.com platform on May 25, which will allow him to offer the service to builders operating nationally.

“I do intend going out of Texas — it’s one of the reasons I developed the new platform. It’s going to be more robust and easier from a number of perspectives. I intend to make this available to national builders — it’s really something they need,” he said.

The top agent also gives back to the industry with a Realtor education division, which offers agents continued education certified training in marketing new homes — quite different from selling resale homes, Caballero said.

“Agents sell 85 percent of new homes, so it’s important to educate them,” he said.

“Most new homes are listed before they completed, there are no photos, so there’s more work to it,” said the broker whose business sells 68 homes a week thanks to his platform.

How is he going to celebrate his Guinness World Records ranking? Caballero said his son is taking him to dinner Saturday night, and it’s his birthday next Monday. He recently went “almost” vegetarian and is looking forward to a nice, but healthy, dinner.

Will he use his new status in his marketing? Of course. “We’ll let every body know — maybe I’ll get a little respect!” he said.

What home builders need that agents can deliver

5 tips for buyer’s agents to boost business with builders 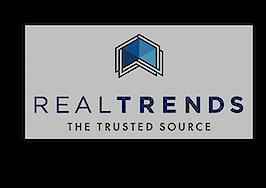 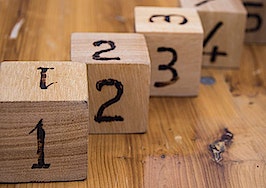 Why agent rankings are based on production — not business model