Photo by Sasha | Stories on Unsplash
by Veronika Bondarenko
Share this article
You successfully shared the article.
Close

Two San Francisco indie giants are joining forces in an effort to double market share and fend-off the likes of Compass.

The acquisition, the financial details of which are being kept private, will give APR control of Hill & Co.’s three offices in the San Francisco area.

APR president Mike Hulme told Inman that the move is a part of its efforts to cement its footprint as a family-owned brokerage in the Bay Area at a time when many independent brokerages are consolidating. APR hopes this acquisition will help double its market share.

“In acquisitions, it’s always a matter of fit,” Hulme said. “With Hill & Company, it’s a great fit because we both have a family-run history.”

Launched in 1990 by Paul Hulme, APR specializes in high-end, luxury properties in the Bay Area. It has more than 1,400 agents in 30 offices and is ranked as the seventh largest brokerage by volume in the country, according to Real Trends (10th according to the newer Swanepoel Mega 1000 rankings).

APR has brought in $12.2 billion in closed sales volume in 2017 while Compass brought in just over $14 billion last year, according to Real Trends. 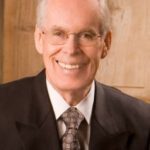 “Given that we are both family-owned companies with longstanding ties to the Bay Area, our values, cultures and approach to decision-making are very much aligned,” Jay Costello, the president of Hill & Co., said in a statement.

Hulme also told Inman that Compass, which is flush with investor money and has been acquiring multiple brokerages with the goal of reaching 20 percent of market share in the top 20 metropolitan areas of the U.S. by 2020, sent APR an email expressing interest in purchasing the company  — which APR ignored. We have reached out to Compass for comment and will update the story when we hear back.

“We’re strong” Hulme said. “We built our business 28 years ago as a family-run organization, and we see it as a benefit for agents in the Bay Area.”

APR is currently in talks with other small brokerages about more potential acquisitions, Hulme said.