An opinion piece published on social networking platform LinkedIn by Compass President Leonard Steinberg titled, “Before Compass, Technology Was Barely Mentioned In Real Estate,” has the industry buzzing — and not in a good way.

An opinion piece published Wednesday on LinkedIn by Compass President Leonard Steinberg titled, “Before Compass, Technology Was Barely Mentioned In Real Estate,” has elicited vocal pushback from some corners of the industry.

In the piece, Steinberg writes, “Compass truly revolutionized an industry that had become complacent and had fallen behind terribly.” 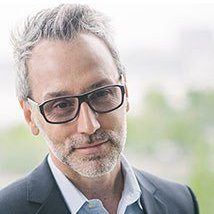 “In 2015 roughly $1.8 billion was invested in real estate technology … by 2017, that number had exploded to $12.6 billion,” he continued. “Most real estate brokerages simply were not investing much back into technology while the rest of the world was, and agents suffered.”

Steinberg teased a new email newsletter that is forthcoming from the tech-focused brokerage in the piece.

Many of the initial comments on his piece and across the internet were critical, saying it was not correct or it was overblown. Steinberg defended the piece on LinkedIn, writing in a comment:

“I feel certain we inspired MANY in the industry to place a greater importance on technology. Maybe not everyone, but many traditional brokerages were not re-investing or innovating technologically, and those outside the industry stepped in. If you knew me you would know that I am far from arrogant. I have met hundreds – if not thousands – of agents who agree with me. The tech I had become used to was antiquated and did not function well at all.”

In a phone conversation with Inman, Steinberg, a top agent in New York City’s luxury real estate market for decades, clarified some of his comments.

“I do believe Compass should get some credit — not all the credit — but I do think it should get the credit for having really put the thought of technology at the forefront of the mind of the traditional real estate brokerage model,” Steinberg said.

Steinberg said when he first met with Compass CEO and co-founder Robert Reffkin, he was sold on a vision of a traditional real estate brokerage that focused on in-house technology. At the time, many traditional brokerages were outsourcing their technology solutions, he explained.

“If you look at pretty much every industry aside from real estate, [it] had gotten deep into technology and was investing in it heavily,” Steinberg said. “And Compass was the first company I’d ever heard of that was building its own technology in-house. So I hadn’t met a real estate brokerage that was doing that. Everything seemed to be ‘a little piece of this or that,’ and ‘I’ll buy that program, and I’ll buy this and I’ll put it all together and hope it works.’”

Inman reached out to Compass’s public relations team, who connected us with Steinberg but declined to provide further comment on the piece. 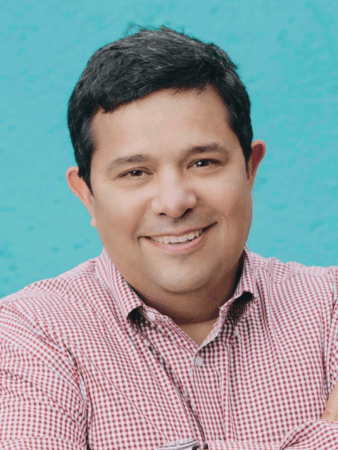 Greg Robertson, a co-founder of the real estate technology company W+R Studios, told Inman that Steinberg’s piece was “clueless,” and said his background in New York City real estate has clouded his vision.

“In NYC there was no technology because there was not a central database like an MLS to build anything on,” Robertson said, before quickly rattling off a dozen national real estate technology companies including True North, HomeSeekers and Zillow.

“His biggest example [of Compass’ technology] here is an email newsletter,” Robertson added. “How about MailChimp? How about Emma?”

Robertson admitted the industry hasn’t always had the best technology, but he’s been working in real estate technology for 25 years. Compass was launched in 2012.

Sunny Lake Hahn, a partner at consulting firm 7DS Associates, said her immediate reaction to the piece was a face palm.

“To say that there’s been no real estate technology since Compass — I mean even if you don’t use a real estate newsletter app, there’s a billion other apps that have been around forever,” she said. “I guess I don’t understand why he thinks nobody talks about technology.”

Her husband and business partner Rob Hahn said, even from a brokerage perspective, Redfin has been around longer. Another brand, ERA or Electronic Realty Associates, has been around since the 1970s, he added.

Hahn said it’s entirely possible that Compass has some new amazing technology that we don’t know about, and if that’s the case, he’s ready for them to start showcasing that technology.

“Show us what you’ve got,” he added. “We’re all ready to be impressed.”

In a video posted to LinkedIn, J Philip Faranda, the owner of J Philip Real Estate, offered a colorful rebuke to the piece.

“I don’t know what kind of galactic level ignorance or cosmic arrogance you have to pen that kind of bullshit, but he said it out loud,” he said. “His exhibit A for their technological prowess was not their CRM, not their social, not collaborative tools with clients, not their predictive analytics. No, he used their newsletter.”

Zane Burnett, the vice president of digital innovation and technology at Alain Pinel Realtors, took a more sarcastic approach to his criticism of the op-ed in the comments section.

“Al Gore invented the internet and, not soon after, Compass invented real estate tech,” he joked. “What’s next — tiny little computers we can keep in our back pocket to make phone calls with? Crazy times!”

Inman contributor and real estate broker Sam DeBord noted that Compass has some great people and marketing materials, but said he was baffled by Steinberg’s technology storyline in a comment on the op-ed.

“Newsletter-producing technology is not exactly industry-shaking,” he wrote on LinkedIn. “Tech has been a primary conversation for decades.” 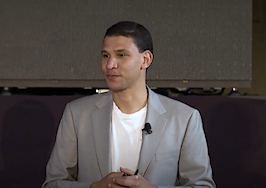 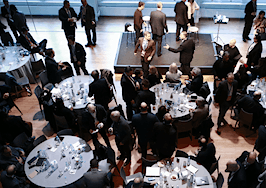 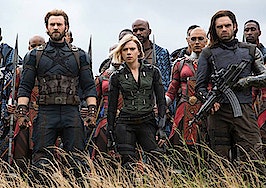