Zillow has selected The Redbud Group at Keller Williams SouthPark to represent the company in all of its buying and selling transactions through Zillow Offers in Charlotte, North Carolina, the Seattle-based real estate tech giant announced Monday.

“Getting the chance to work with Zillow as they begin buying and selling homes in Charlotte was an opportunity we didn’t want to miss,” Trent Corbin, founder of The Redbud Group, said in a statement. “The real estate market is constantly changing, and Zillow understands the value of working with real estate agents to make the home selling process as simple and stress-free as possible.”

Zillow Offers is the company’s direct-to-consumer home buying and selling program. Zillow purchases houses with an all-cash offer, prepares the home for market, then subsequently sells the home, using a real estate agent for both transactions. Zillow has previously declined multiple times to reveal to Inman the commission it pays the agents representing it in the transaction, but has noted it’s separately negotiated in each market.

The program is currently live in Phoenix, Las Vegas, Denver and Atlanta, and will be launching in Charlotte next, then subsequently in Raleigh and Houston this winter.

As it has in the past, Zillow Offers will also act as a lead generation tool for select brokerages that advertise with the company through its Premier Agent program. Contact information for sellers that request the all-cash offer but decide not to act on it and instead chose a more traditional route, will be forwarded to Premier Team at RE/MAX Executive, Century 21 Vanguard, Stephen Cooley Real Estate Group – Keller Williams and IDEAL Realty.

“Zillow is 100 percent focused on the consumer, so we were thrilled to learn The Premier Team of RE/MAX Executive was chosen to be Zillow’s partner in Charlotte,” Hadi Atri, CEO of RE/MAX Executive, said in a statement. “Everybody’s situation is unique, and we’re looking forward to working with Charlotte sellers who want to sell their home with the assistance of a Realtor.” 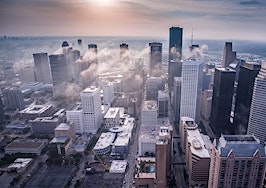