Richard Price on Unsplash
by Patrick Kearns
You successfully shared the article.
Close

The global real estate brand is headed to California’s wine country with a team of agents defecting from Compass and Bradley Real Estate Group. The new brokerage, led by Paul Benson, will be Engel & Völkers’ largest in North America.

Joining Benson is Stefan Jezycki, Will Densberger, Agi Smith and Pavi Micheli, all of whom will join from Compass. They came to Compass when it acquired Pacific Union in September 2018.

Michael Muters and eight additional agents, all formerly of Bradley Real Estate Group, round out the rest of Engel & Völkers’ Napa and St. Helena presence. In total, the agents represent more than $200 million in annual sales volume. 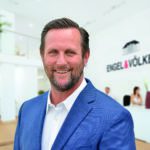 Jezycki and the agents that are joining from Compass all began the process of on-boarding at Compass before deciding to make the move. Jezycki said Compass is going to do great and that there’s a model for everyone, but Compass’ model just wasn’t right for him.

“For me, I thought that their focus and their push seemed to be a little bit misdirected for my value proposition,” Jezycki said, citing Compass’ focus on technology.

“I always think of it as a funnel: how much technology can I ingest?” Jezycki added. “Not because I’m not an early adopter, most people would let you know in working with me that I’m on top of the technology as it relates to the consumer.”

“Stefan and Agi are great agents and we wish them the best,” said Peter Jonas, Compass’s west region president, in a statement to Inman.

At Engel & Völkers, the vision is clear and the growth plan is different, according to Jezycki. Engel & Völkers grows organically where the clients ask them to grow, whereas Compass strategically identifies where they can disrupt, displace and capture market share, Jezycki said.

“[Engel & Völkers] have a very clear understanding of what their role with clients is,” Jezycki said. “And they’ve been doing that since 1977.”

Engel & Völkers isn’t looking at world domination, according to Jezycki, they’re looking at taking care of their client.

Jezycki told Inman that, over the years, he’s talked to his clients and asked why they chose to work with him. And the biggest thing he always hears is that it’s his passion.

“Engel & Völkers, they have a value proposition triangle, and one of the things they talk about is passion,” Jezycki said. “And technology doesn’t represent anything that says anything about passion”

Jezycki is also excited about the opportunity to build something from the ground up. While Engel & Völkers is an established brand, this will be a new, smaller boutique presence, which is different from his time with Pacific Union and Compass.

“We want to stay smaller, we want to stay boutique and we don’t need world domination to be successful,” Jezycki said. “I have the clients I work with, I am most committed to them.”

The agents leaving Compass aren’t the first to flee to new brokerages after the Pacific Union deal was announced, which left many agents stunned. Geoffrey and Slava Nelson left Pacific Union to join Coldwell Banker in December and Tracy McLaughlin left Compass for The Agency in January.

Jezycki and Muters will oversee the brand’s Napa presence, while Densberger, who is a leader in Napa’s Up Valley market for vineyard acquisitions and sales, will oversee St. Helena operations.

Paul Benson, a license partner with Engel & Völkers since 2014, will oversee the new offices. Benson, in his own right, has been a top agent in Utah and sold more in volume than any other Engel & Völkers agent in 2017, in addition to owning the brand’s largest North American brokerage.

Benson, in 2017, finished 139 on the Real Trends “Thousand” list of top agents by sales volume, closing more than $100 million in sales.

“With a boutique feel backed by a global infrastructure and network, the Napa and St. Helena real estate markets will greatly benefit from a brand that values local community in every region it represents worldwide,” Benson said in a statement. “The exceptional market expertise and talent this announcement entails sets an entirely new level of service standard in these key California markets. It’s just the beginning.” 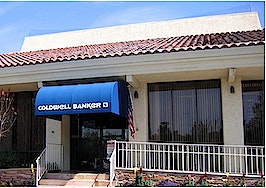 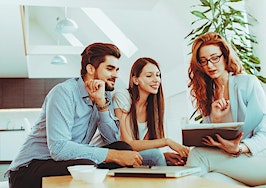