Bill Jelen on Unsplash
by Teke Wiggin
You successfully shared the article.
Close

Real estate teams appear to have increased their marketshare dramatically since the housing crisis, according to a new analysis.

Real estate teams appear to have increased their marketshare dramatically since the housing crisis, according to a new analysis.

Sales production of top-performing teams grew nine times as fast as that of top-performing individual agents from 2011 to 2017, according to an analysis by industry vet Russ Cofano, who hosts the real estate podcast “Gradually… Then, suddenly!” 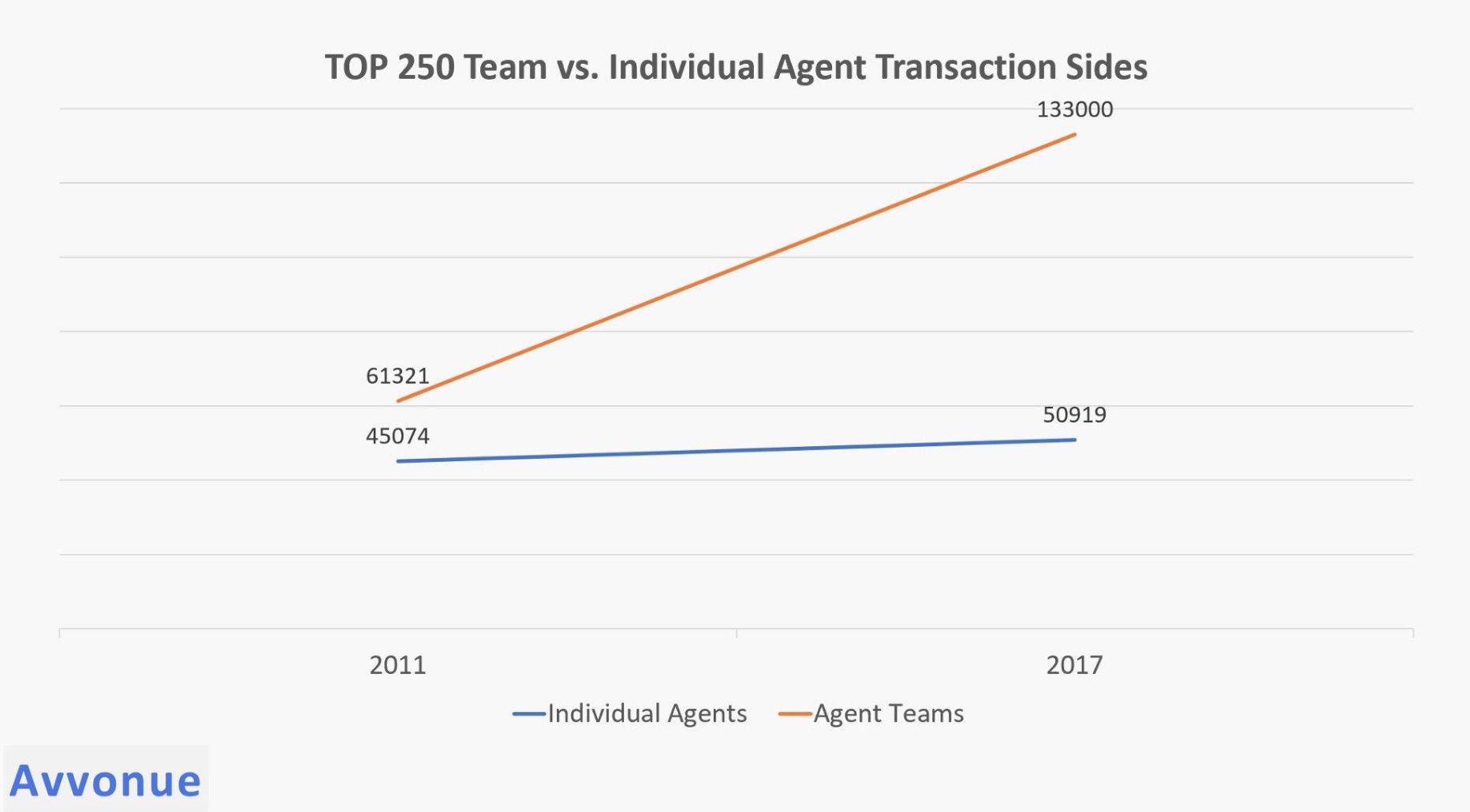 The growth in teams is traceable to new technology and the RE/MAX business model, Cofano said. And he thinks it will force changes across the industry, including by challenging brokerages that perceive teams as competitors to try to please them nonetheless.

Cofano thinks the team trend applies across the board, not just among top producers. Twenty-six percent of Realtor respondents to a recent NAR survey identified as members of a team, he noted.

Those respondents are likely to be prolific, given that unproductive Realtors — who may comprise a large share of NAR’s membership — are unlikely to be part of teams. So it’s easy to imagine, he said, that teams now account for at least a quarter of total real estate transactions.

So how did we get here?

Cofano traces the rise of teams to the brokerage model pioneered by RE/MAX. High-performing agents who work for RE/MAX franchisees often pay a monthly “desk fee,” plus an unusually low commission split. The model offered a high level of independence and responsibility to successful agents.

“It changed the industry mindset from the brokerage owns the consumer relationship to the agent owning it,” Cofano said.

The debut of new tools further empowered high-performing agents. Technology such as email and customer relationship management systems helped them organize and communicate with customers. And lead generation products, such as Zillow or Facebook, helped them reel in new ones.

Successful agents quickly realized that such tools “made it possible to grow their business beyond the ability to service it themselves and teams are a natural outgrowth of that,” he said. Plus, they can be great for meeting on-demand consumer expectations and converting online leads.

“What one person is great at sales, marketing, negotiation, technology, process and the myriad of other functions that are necessary to build a successful real estate business?” he said. “Teams answer this question by created specialized functions that will provide more value to consumers.”

Now teams have brokerages over a barrel, Cofano said. They can dart between brokerages in search of the best commission splits and business infrastructure. 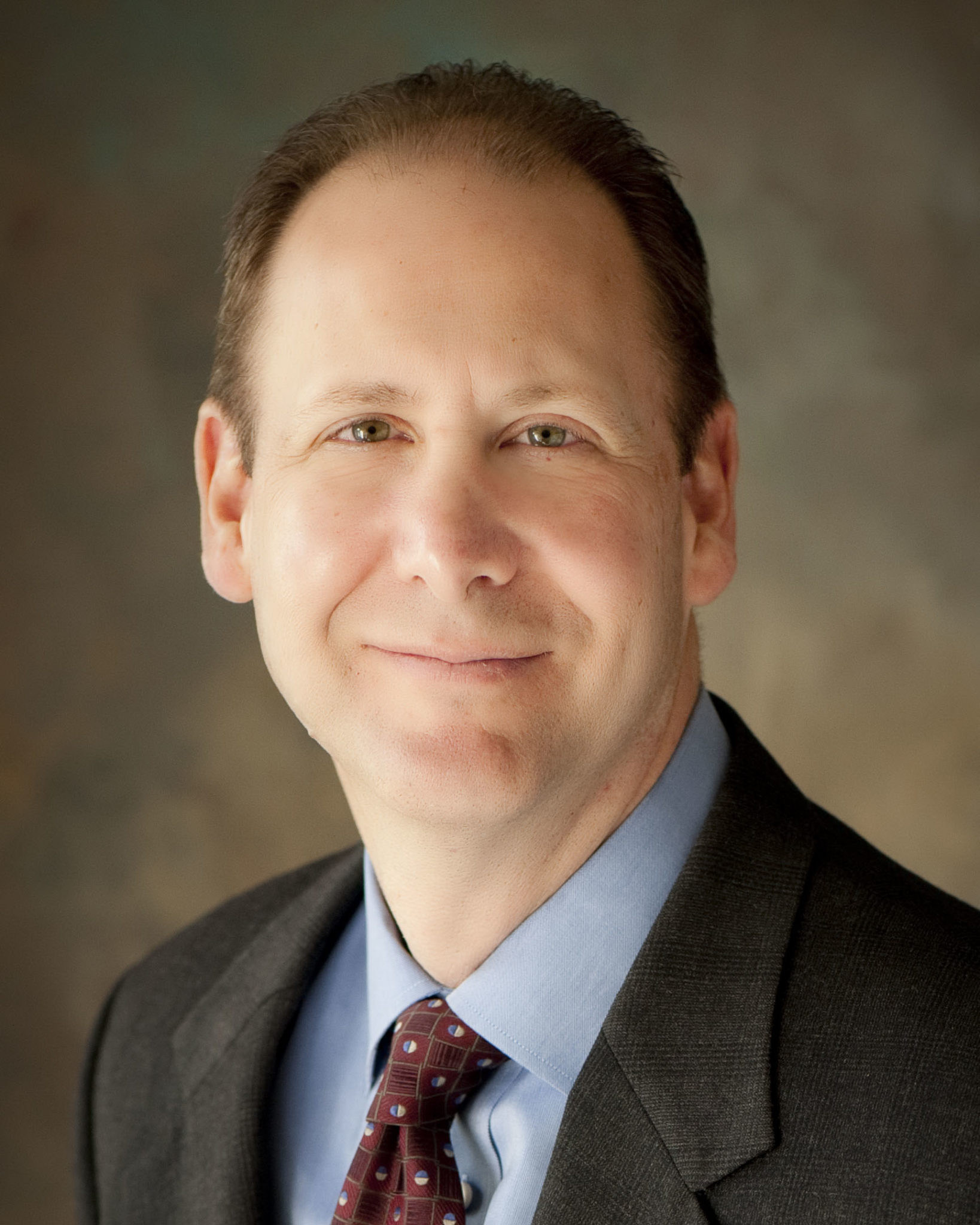 Providers of leads, training and technology to fledgling agents, leaders collect large splits from their junior members that would have gone to their brokerage in the past. They often do a better job of nurturing agents than brokerages do, according to Cofano.

It’s gotten so bad that many brokerage companies look at teams as “their direct competition,” he said.

And yet, because teams bring in so much business, “more and more brokerage organizations [are] willing to give up nearly all the control to these team folks,” Cofano said.

The challenge of teams for brokerages was hinted at in a recent investor note outlining the mix of pressures bearing down on Realogy, which owns the largest brokerage and some of the biggest franchisors. Along with upstart brokerages and online homebuying and selling startups known as iBuyers, hard-bargaining agents (who are often marquee team leaders), are squeezing the profitability of the traditional brokerage model. Demand for better splits has cost Realogy over $250 million, according to the analysis.

Indeed, one of the big head-scratchers for brokerages is how to attract and retain teams. Not only does this mean giving teams a long leash and sweet splits. It also requires serving up team-oriented technology, and support infrastructure will also be a must, according to Cofano.

Side is one brokerage that is trying to bring a team wishlist to market. The approach has been validated to some extent by the firm’s rapid growth and tens of millions in venture capital funding.

Side “transforms them [teams] into companies, whereas the vast majority of brokerages fight against them because they realize it’s not in the brokerage interest to support those efforts,” said Side CEO Guy Gal. Some brokerages facilitate the formation of teams, but then the help mostly ends there, he said.

One way that Side caters to teams is through dedicated support staff that snag up-and-coming agents and place them with teams that are good fit, Gal said.

Brokerages aren’t the only ones grappling with teams

Regulators are trying to figure them out, too. Some states have already enacted advertising laws to try to protect consumers from mistaking teams for brokerages.

There’s also a potential employment classification issue. Team leaders tend to exercise more control over their subordinates than brokerages do over agents, according to Cofano. That may raise the question of whether junior team members should be classified as employees by their leaders, rather than independent contractors.

“And yet that does not seem to be on the radar screen,” Cofano said. “Team members are happy, so they’re not challenging their [employment] status.”

Nor will MLSs and Realtor associations be immune to the impact of teams. These groups, too, may want to make adjustments that recognize their influence and power.

For example, perhaps the National Association of Realtors will need to think about adjusting its code of ethics to recognize teams, Cofano wrote in a blog post. Or maybe, he added, MLSs will need to consider offering teams explicit governance roles. 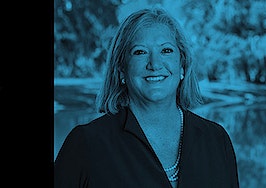 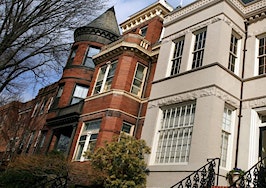 3 strategies for achieving a strong sales and rentals business 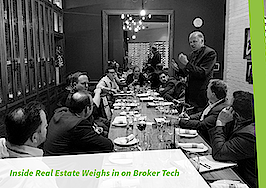 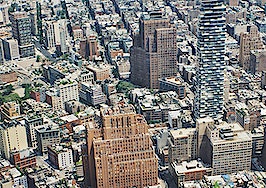 Who's to blame for falling co-op commissions?