Follow the advice of your grandma, and never arrive at a party empty-handed. Contribute to any given situation by giving prospective clients useful information, advice and comfort. They’ll thank you with new business.

This article is an excerpt from Joe Rand’s newest book, How to be a Great Real Estate Agent.

Right? Someone invites you over to their home for a party or a dinner or something, and you bring a bottle of wine. Or some flowers. Or a cake.

Whatever. You bring something. Anything. You don’t show up at someone’s house with nothing but a knife and a fork clutched in your grubby little hands.

We all learn this as little kids. I can remember my Italian grandmother teaching me that if you visit someone in their home, you bring something with you as a sign of respect and to thank them for inviting you.

She was Italian, so the “something” was usually pretty tasty food. She explained that it was an Italian tradition.

Around the same time, my Irish grandmother told me basically the same thing, that when you go to someone’s house, you bring them something. She was Irish, so that “something” was often a bottle. And she explained it as an Irish tradition.

I’ve since come to learn that it’s a tradition for pretty much every culture. Italian. Irish. English. French. Spanish. Chinese. Russian. Japanese. Jewish. All of them. And it could be a bottle, a dish, flowers or pretty much anything. But no one in the world teaches you that it’s OK to show up at someone’s house for a party with nothing but your appetite.

And yet, that’s what real estate agents do every day when they try to generate business. They essentially show up at someone’s house empty-handed with nothing to offer except a knife and fork.

Here’s what I mean. Let’s take a look at a classic prospecting script:

Hi, this is Joe Rand from Basement Realty, and I’m calling because we recently sold a home in your neighborhood, and we know that when someone sells a home, usually two more sell right away. So I was wondering — when do you plan on moving?

“When do you plan on moving?” Such a classic question, and a powerful one. Why? Because like most prospecting scripts, it doesn’t allow for a “yes” or “no” answer. Rather, it provokes the homeowner to reflexively think for a moment about when they actually plan on moving. If their answer indicates they’re thinking of moving anytime soon, then you start closing for an appointment.

Here’s the problem: These days, most of the time, they don’t answer the question. They didn’t pick up the phone because their caller ID squealed on you, letting the homeowner know that you’re a real estate agent.

Even if they did pick up the phone, they hung up on you halfway through your script because most people hate telemarketing. Or maybe you couldn’t even make that call because everyone in the neighborhood is on the National Do Not Call Registry. The script is clearly a restricted solicitation, and you don’t think you’d do very well in jail.

But the biggest reason that traditional prospecting doesn’t really work is that, well, you don’t actually do it. Yes, you probably tried at some point in your career. You went to a conference and got all fired up by a guru who preached about how easy it is if you’re just willing to apply yourself to make two or three hours of calls a day. “Just keep calling until you get an appointment!” they exhorted. Sounds so easy!

So you plunked down your credit card to buy those scripts and tapes and promised yourself that this time you were going to stick with it. Then you went back to the office, pinned up those scripts on your wall, put up a dream board or something like that and started making calls — for about half an hour.

Then, after realizing that a soul-sucking regimen of cold calling people to manipulate them into setting an appointment was not for you, you put those scripts and tapes back in a drawer.

Never to be seen again.

You’re not alone. Most people can’t stomach a regimen of traditional cold-call prospecting. Why? Because it makes you feel bad about yourself. It’s selfish and manipulative and focused entirely on your own needs. It’s like showing up at someone’s house with nothing but your knife and fork.

What are you bringing to the party when you call someone with a “when do you plan on moving” script? Are you providing them with anything useful — information that they might find valuable? If anything, you’re lying to them, with some made-up nonsense about how “When one home sells, others soon follow!” You’re not calling to do anything for them, you’re just calling to see whether they can do anything for you. It’s not a good feeling.

We don’t have to do things that way. What would happen if we flipped that mindset, elevating the needs of the client over the needs of the agent? What if we generated business by focusing on other people’s needs, not our own?

In other words, what if we showed up to the party with a bottle of wine?

Metaphorically, I mean. Don’t literally go door-knock a for-sale-by-owner (FSBO) seller with a bottle of wine in your hand — although frankly, it couldn’t hurt — no, seriously, don’t do that!

Think about how focusing on the needs of the potential client changes the traditional lead generation dynamic:

Essentially, you “earn” the right to reach out to your potential clients by providing services to them. You’ll feel more confident and justified in reaching out to a FSBO seller if you’ve already dropped off a comparative market analysis (CMA).

Why? Because you brought a (metaphorical) bottle of wine to the party. You didn’t just show up with your knife and fork.

Read the entire series of excerpts from Joe’s book here on Inman Select. 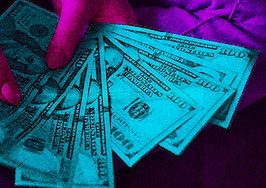 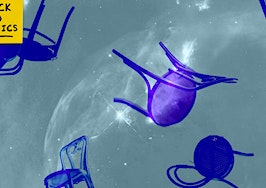 Thinking of switching brokerages? Ask yourself these 7 questions first 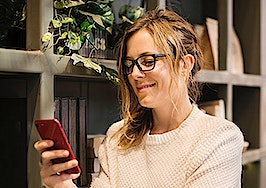