It’s tempting to pile on new agents quickly, but experience shows that the most profitable approach is moving slowly and deliberately to make sure new agents are a good fit.

Real estate teams are where it’s at if you want to be able to focus on the activities that you feel are the most productive and profitable for your skill-set.

The idea of a real estate team is not new. Realtors, being the entrepreneurs that they are, at some point decided they could accomplish more with leverage.

My recommendation is to always hire an assistant first. After that comes additional administrative and operational assistance, and then real estate agents to work on all the client relationships that you’re cultivating, but can no longer handle well all on your own.

What I’ve seen happening over the past several years is that Realtors and real estate business owners started to see agents simply as a tool to bigger numbers, bigger revenue, and bigger profit. They had the right idea about growth, but were going about it all wrong.

What works for brokerages doesn’t work for real estate teams

Real estate teams are not brokerages. I own both a real estate team that operates in 14 states, and a brokerage with multiple offices throughout Vermont, so I can see it from both sides. Both models serve a purpose. But today, we’re talking about teams.

The concept of increasing agent count to increase profit, which works 99% of the time with a brokerage, does not work on a team.

It doesn’t. I’ve tried it. I quickly learned from that mistake and now have implemented a model with all of my real estate teams around the country where they onboard once a month max one producing real estate agent (an agent doing at least 12 transaction a year). They can bring on 12 producing agents a year, and that’s it. Some teams should only be adding one producing agent per quarter!

Remember, teams are not brokerages. Brokerages provide a platform of choice, where individual agents can decide which service offerings they want to plug into (or not) and the brokerage has limited influence on how they run their business.

When agents join your team, they expect a specific level of service, and you must deliver. The very reason an agent joins your team is because you are going to take care of the majority of the business building for them — leads, marketing, administrative services, customer support, accountability, technology, coaching, training, and more.

It’s a big responsibility. Your team’s culture, reputation, and brand is going to be built on the people that become a part of your world. Choose wisely.

If you are letting just any Realtor join your team, what does that say about you and your standards? What does that say to your current team members who are doing the work? If you are not purposeful with your hires from the get-go, team culture can erode quickly.

You want to build a culture of high achievers and exclusivity. Wouldn’t you rather have one high-performing agent knocking down your door to join your team than five who are interested, but not fully committed?

As you start to increase your agent count, you have to staff up. Again, while a brokerage can be a bit hands-off, you, the team owner, must be all in and deliver what you promised. Profit margins begin to erode as agent count creeps up and you have to hire more staff to support the onboarding, training, coaching, and eventually offboarding of said agents.

It’s no secret that agent turnover is high, especially for brand new agents, which is exactly why I am a proponent of the one producing agent a month model.

Another challenge? Opportunity cost. When you bring on several new agents simultaneously with little to no experience, you run the risk of losing potential clients, which means lost revenue, and overall loss of productivity on your team.

I get that a big team has its appeal. But when you get right down to it, it actually creates more work and less income for you, and often for your agents too.

A team should be a small, nimble, cohesive unit that works together to create an incredible customer experience. Each team member should be honing their expertise and specializing in a specific area of the business — operations, buyers, sellers, investors, marketing, etc. You don’t need a large team; you need the right people on the right seat on the bus.

Think about it this way: If you are selective about only bringing on producing agents who align with your team’s culture, then each month you would be adding one to two deals to your overall transaction count. It may not sound that impressive, but in two months, you’ve added two to four deals to your unit count per month, and within six months, you’ve added 6 to 12 additional deals per month. At the end of a full year, you could, at minimum, have 144 additional transactions, with only 12 agents.

Slowing down and being purposeful with your team growth will ensure its success. And the real benefit is to you, the business owner.

You must learn how to pace yourself first as a manager and business owner, and then others, if you want to build a profitable and sustainable business. A business is only as good as it’s last hire. Make it count. 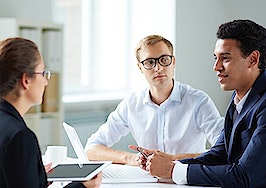 Want to accomplish more? 5 reasons to hire an assistant 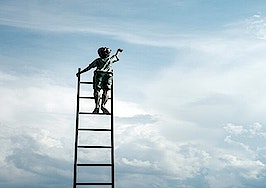 Fed up with selling real estate? 3 options worth exploring 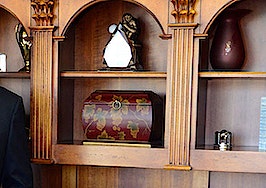 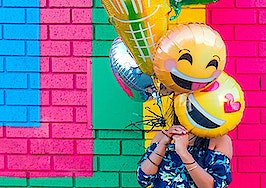 What do you truly want from real estate?