Jon Tyson on Unsplash
by Christy Murdock
You successfully shared the article.
Close

In this monthly advice column, the Marketing Mastermind, regular Inman columnist Christy Murdock Edgar, answers three burning questions. This month’s topic: Are you confused by the hows and whys of hashtags on social media? It’s my most-requested topic — and one you need to master. Learn how to up your hashtag game here.

I just returned from an all-day workshop at the Naples Board of Realtors and, once again, one of the liveliest discussions centered on the use of hashtags in social media. It’s the question no one wants to ask but everyone wants me to answer — how do I use hashtags most effectively?

Here are three different questions to help you think through your hashtag strategy and make this feature work for you.

The answer, of course, is it depends. Hashtags can vary in importance from platform to platform and user to user. Some people are big believers in hashtags while others hardly ever use them.

The purpose of hashtags for your social media is to help readers discover your content by providing some easy categories to help define your account and your posts. It works the same way tags on a blog post do; hashtags make it easier for people searching for specific subjects to find relevant content.

If, however, you are in growth mode and trying to bring attention to your account, some well-chosen hashtags can be a good way to increase your follower count and your engagement.

Almost all social media platforms support the searchability function of hashtags, but some use them more than others. Twitter was the first platform to use hashtags in a big way, and most people still use at least one or two hashtags in their tweets — either within their comment or tacked onto the end.

Instagram raised the stakes by allowing much longer captions than Twitter’s platform, which has always been defined in part by its character limits. Instagram allows 30 hashtags per caption, and I always recommend that you use all 30. By optimizing hashtags, you can help people find you and connect with your content much more easily.

Instagram’s recent move to allow users to follow hashtags and not just individual accounts made the hashtag even more important on the platform. Now, at the end of each week, you’ll receive a notification that tells you if you have followed posts with a particular hashtag several times during the previous week. You will then be asked if you would like to follow that hashtag.

In addition, of course, you can check out hashtags from the Discover page and follow from there as well. It’s a great way to keep up with all of the latest posts that are important in the categories you are interested in.

3. What hashtags should I use, and how should I format them?

There are a variety of ways to think about your hashtag strategy. Here are some ideas and some tools to facilitate them.

Hashtags most closely associated with your topic

One way of choosing hashtags is to find those that are closely associated in other posts with your particular topic. To simplify this process, choose a hashtag generator from your device’s app store. Most of these will allow you to search for the 29 most frequently used hashtags associated with the one you search.

For example, if you search “#realestate,” you’ll pull up options ranging from the predictable — “#luxury,” “#realtor” and “#realestateagent” — to the unexpected — “#bitcoin,” “#motivation,” and “#love.”

Hashtags in a variety of categories

The first content consultant I ever met, Kara Macdonald, has a fun formula for hashtags:

So say you were promoting this weekend’s open house in Fairfax, Virginia. Your hashtags might include:

Hashtags based on influencers in the space

With this strategy, you might take a look at influencers in your space — both the real estate space and the local market — and see what hashtags they are already using. The more you can tap into their same group of fans and followers, the more effective your hashtag strategy is likely to be.

One caveat: It is generally considered poor form to use hashtags with someone else’s brand or name in your hashtagging. You don’t want to appear as if you are aligning yourself with them or in some way attempting to suggest that you represent them. You just want to hit their target market alongside them.

Many people ask where to put hashtags — in the caption itself or below? Personally, I find it difficult to read captions where every other word is a hashtag. You might want to include only one or two hashtags in your captions, then four empty rows and your main block of hashtags below. That way, people don’t see all of your hashtags while they are trying to read your message.

If you auto-populate your Facebook from your Instagram, it is probably a good idea to go in and remove all of those hashtags from your Facebook post. Although Facebook supports the functionality of hashtags (as does LinkedIn), they are somewhat more unusual there and are a dead giveaway that you didn’t differentiate your content for the platform.

Do you have any questions for the Marketing Mastermind? Shoot us an email. 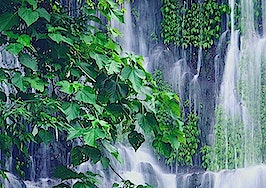 Lesson Learned: One thing leads to another 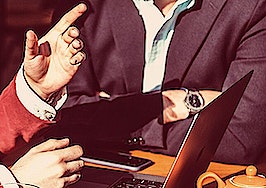 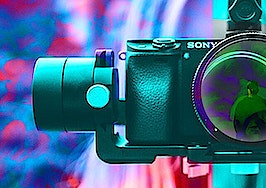 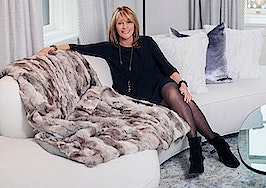 Lesson Learned: Learn to trust yourself