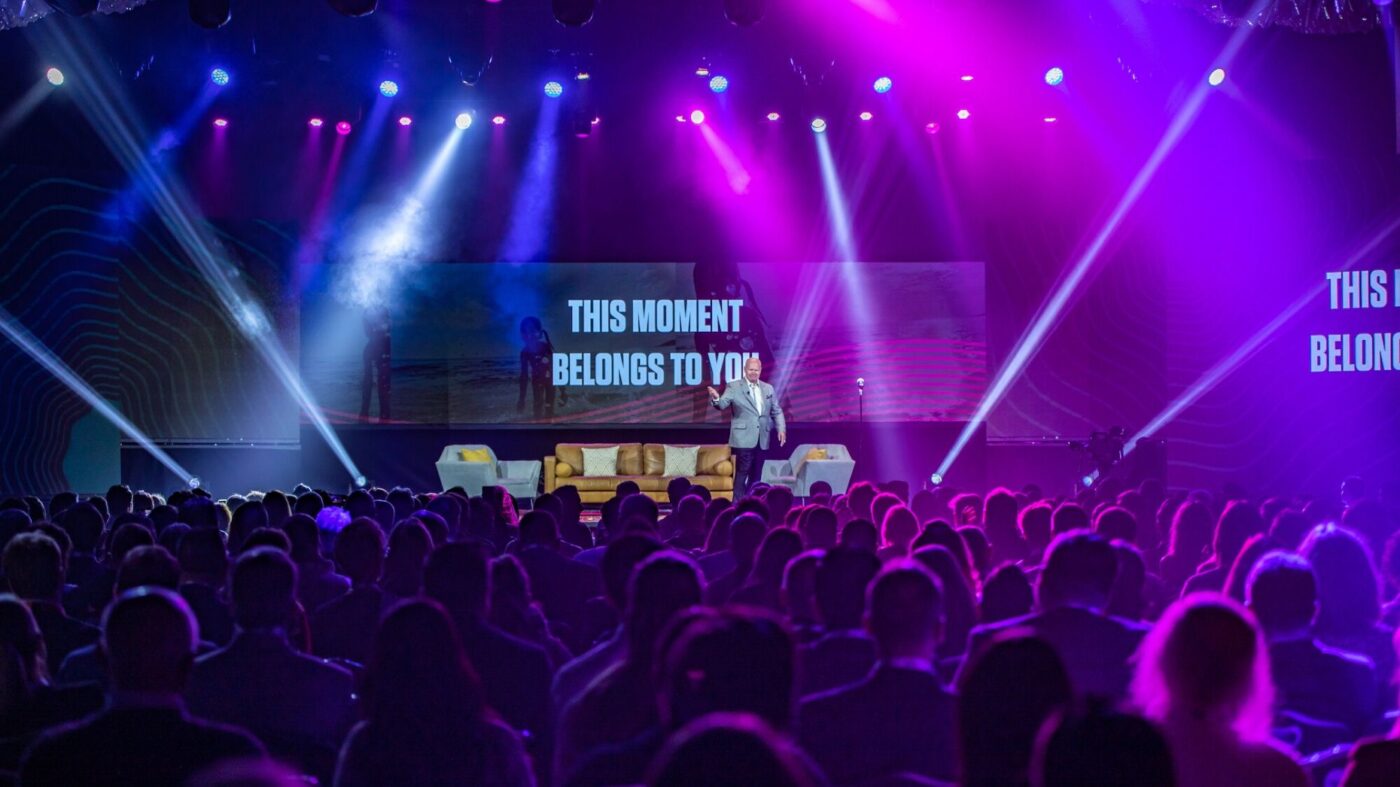 by Joseph Rand |
You successfully shared the article.
Close

There was a lot of evidence at Inman Connect New York that the large incumbent real estate companies are evolving to cope with the new disruptors on the scene. Here’s how.

I still miss my TiVo.

I can remember getting my first “digital video recorder” about 20 years ago. It was almost life-changing. No more trying to program some crappy VCR to record a show on a particular day at a particular time, when I couldn’t even figure out how to get the damn thing to stop blinking “12:00” at me all day and night.

No more recordings that cut off at two hours, the limit of a standard video-cassette tape. And no more remote with 1,000 poorly labeled buttons that looked like a calculator and a garage door opener mated.

The TiVo was a marvel — a huge hard drive that could record dozens of shows. It featured a beautiful and ergonomic remote with clearly labeled and designed buttons that felt great in your hand, and, most importantly, an intuitive graphical user interface that made it easy to set up recordings.

TiVo even analyzed your viewing habits to record shows it thought you might like, and it allowed you to set up “Season Passes” to catch every episode of a favorite show. We take this for granted now, but it was groundbreaking 20 years ago.

For a time, it looked like TiVo might become the dominant player at the center of every family room in America. By 2007, TiVo had 4.4 million subscribers, had eliminated ReplayTV as its main competitor and turned the word “TiVoing” into a household word.

So what happened? Why is TiVo now an afterthought, a company struggling for relevance?

What happened is simple: The incumbents adapted. The manufacturers who made set-top boxes for the big cable companies saw that TiVo was challenging its family room dominance, so it quickly added combination boxes that included both signal receivers and digital recorders.

They weren’t necessarily as good as TiVo, but they had three big advantages. First, they were more convenient. They were already built into the cable box, so you didn’t have to add a separate device and all the cables. Second, they were cheaper than TiVo’s expensive subscription service. And third, maybe most importantly, they were the incumbents, who already had the relationships with millions of customers.

And they won. The rest of the story is complicated — a lot of patent infringement lawsuits and technological changes — but the end result is pretty clear: The cable companies won. TiVo is still around, but not so that you’d notice.

The lesson? The incumbent industry facing a disruptive challenge adapted. They embraced and ultimately absorbed that challenge.

Companies and industries do this all the time. We tend to dwell on the colorfully lurid object lessons of how disruption destroyed companies such as Kodak, Blockbuster and Borders.

But, sometimes, the incumbents win. They adapt. They evolve, and they thrive. Travel agencies were devastated by online booking sites such as Expedia, but they recovered. They don’t book your flight to Miami anymore, but they plan your destination wedding and honeymoon in Bali.

Netflix pivoted to streaming when technological change threatened the viability of its DVD subscription service, and then pivoted again to creating movies and TV shows when it realized that the content creators were upstream. Facebook keeps fighting off insurgents like Snapchat and Twitter by coopting (or acquiring) their innovative features to add to its dominant platform.

So why can’t that happen in real estate?  Why can’t the incumbent industry adapt, evolve and thrive?

Maybe they can. We’re certainly seeing signs that incumbents are absorbing some of the disruptive challenges that threaten their dominance.

Take, for example, Coldwell Banker NRT, the largest broker in the country, which has responded to the threat from some well-funded challengers such as Compass with programs such as RealVitalize, which fronts repair and upgrade costs for sellers, and Listing Concierge, an agent-based digital marketing platform.

Or look at Howard Hanna, the largest independent in the country, which has already been offering many “disruptive” programs like its Money-Back Guarantee that will buy back a home for full price within a year of the sale, or Buy Before You Sell, a bridge-loan-style program for its buyers who need to finance a purchase before they sell their existing home.

Even more striking is the way the industry is­­ absorbing the challenge of iBuyers, probably the most existential threat to its future. When I wrote my book about industry disruption back in 2017, I urged the real estate industry to embrace the concept of iBuying: “Instant offers is a good idea, so let’s steal it.”

And, from what I saw at Connect, that’s what the traditional industry is doing — integrating iBuying into its value proposition. The same way that automated valuation models were once disruptive but have now become basically commodities available on virtually every portal and broker website, iBuying is becoming just another arrow in the quiver of every well-armed agent in the country.

For example, Realogy has its RealSure program, which gives sellers a cash offer good for 45 days, something to keep in their back pocket while they go on the market with their agent from any of the Realogy-franchised brands.

Keller Williams has launched Keller Offers. Redfin has Redfin Direct.  Three completely different types of industry incumbents, all embracing this disruptive idea to provide it as a service to their agents and, ultimately, the consumer.

The advantage of scale

Think about the advantage they have over companies like Opendoor and Knock, which have to spend millions of dollars in consumer-based advertising to raise awareness. Realogy and Keller Williams don’t have to spend a dollar because hundreds of thousands of real estate agents already on the street will just make iBuying an element of their standard CMA.

It’s not just at the franchise level, either. Brokers are embracing iBuying as a feature in an upgraded value proposition and as a new tool for a full-service agent. For example, Anthony Lamacchia of Lamacchia Realty in Massachusetts launched his own private iBuying program over a year ago, buying the homes himself with his own capital and line of credit.

Similarly, companies such as Better Homes and Gardens Real Estate | Metrobrokers and Allen Tate are using zavvie’s iBuyer comparison tool to aggregate offers from existing iBuyers and provide them to sellers as an alternative to a traditional sale. Rather than aligning with just one iBuyer, they’re basically cooperating with all of them.

As Metrobrokers’ Vice-President and Chief Operating Officer Craig McClelland told me, the idea is not to work for the iBuyers, but rather simply to adhere to the broker’s traditional fiduciary role of educating the seller about all their viable options.

“We need to be in the conversation, or we die from being irrelevant,” he said.

That’s the main point. We need to be in the conversation.  Insurgents have money, a technological head start and some good ideas. But none of those advantages are insurmountable.

Maybe the franchise and brokerage programs still need to mature and improve, maybe they’re the cable box to the iBuyer’s TiVo, but they have the advantage of incumbency, of scale, of an entrenched sales force with a million agents in every neighborhood in the country and of smart people who don’t have to learn how the business works.

As Brad Inman said at his opening speech at Connect, “this is a moment that you need to own.”

Finally, we’re seeing signs that the industry incumbents are not just going to sit back and let the future happen, they’re going to own a piece of it for themselves.

7 essential tips for communicating with your sphere during crisis
Back to top
We're here to help. Free 90-day trial for new subscribers.Click Here ×
Inmanpot