IdealEstate — a Salt Lake City-based, Pinterest-inspired home curation tool — is now realizing its power as an agent recruiting tool and leveraging a nationwide network of more than 800,000 agent users.

IdealEstate has built what it calls the “best of LinkedIn, but for real estate.”

Already calling itself a Pinterest-inspired, home search, web app for browsing and curating collections of available homes, IdealEstate is close to running out of social network comparisons.

The website launched in 2017 as an invite-only way for agents to see what buyers were interested in as they assembled property boards. Agents could also share referrals across national markets.

It’s now undergoing a slight shift into the recruiting space, based largely on how quickly the referral networks grew.

“We didn’t plan for this,” founder Brody Saunders said about his Salt Lake City-based proptech. “It just kind of happened when we noticed eXp agents posting about seeking new team members.”

IdealEstate also functions as a national MLS, holding in its ranks more than 800,000 agents. Saunders estimates that roughly half are regularly updating their listings, however.

Still, that kind of user volume can pay tremendous dividends for an agent in Wisconsin wanting to help his retired client find a condo in Florida. It also helps team leaders and brokers find agents wanting to change brands.

EXp, which operates virtually, allows for teams to be built across state lines, and that’s why IdealEstate became such a great platform for the fast-moving, officeless brokerage.

“We have some Keller Williams agents using it, too, but mainly to seek existing agents within their market center,” Saunders said. Real agents and EXIT Realty teams are also among IdealEstate users.

Like LinkedIn, agents can build very deep professional networks, well into the tens of thousands of other IdealEstate users.

However, the number of direct connections is typically much lower. Networks can include industry vendors, such as mortgage brokers and inspectors.

Each broadcasted need gets sent to the agent’s entire network, not just direct connections. The larger the network, the more responses a user sees, typically.

IdealEstate also automates the process, making suggestions to the hiring party based on location and sales track record, etc.

“I didn’t want to build another lead gen tool, where agents learn to fear other agents,” Saunders said. “This is about getting them to work together, from referrals to recruiting, and having a nationwide property search helps that.”

Multiple listing services are based on the idea of cooperation among agents, but Saunders believes that companies like Zillow have turned agents into competitors, not teammates.

Saunders doesn’t see the value in competing with a group of agents for the same 50 leads when the clients of other agents are usually already qualified.

When it comes to recruiting, Saunders sees his company solving five of its biggest challenges.

“First, finding people who want to leave, and second, easily evaluating them,” he said.

IdealEstate’s agent profiles include sales histories and performance, and the communications tools allow for quick, canned messaging or total customization.

“No. 3 is actively communicating with them; the fourth is maintaining a steady pipeline of talent, and five, doing it affordably.”

At $39 per month, IdealEstate can typically show returns after a new team member’s first deal.

Saunders said his site had more than 6.5 million consumers stop by last year.

In 2019, the company received an investment by Accel and its co-founder Jim Swartz, the first investor in Facebook. The fund has also backed Spotify, Dropbox, Venmo, Slack, Atlassian and Qualtric, among many others.

It’s my opinion that more agents assess their brokerage situations in times of market uncertainty, especially if they feel a new brand can help them more quickly rebound or their current place didn’t adequately respond to the coronavirus slowdown. If I’m right, tools like IdealEstate, and its inspiration, will become more popular for recruiting. 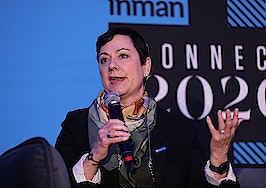 WATCH: Recruiting and retention tips for the modern brokerage 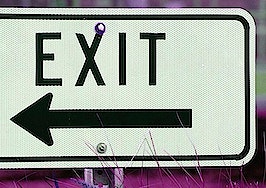 My top producer quit — now what? 6 steps to take 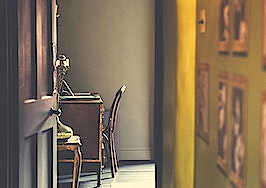 Now more than ever, work at home 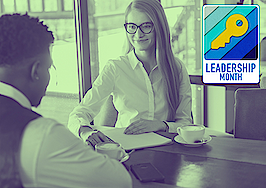 9 ways agents can leverage TikTok to build a real estate brand
Back to top
Inman Connect Las Vegas Memorial Day sale – 44% off exclusively for Select subscribers!Register Now To Save×
Limited Time Offer: Get 1 year of Inman Select for $199SUBSCRIBE×
Inmanpot
Log in
If you created your account with Google or Facebook
Don't have an account?
Create an Account
Forgot your password?
No Problem