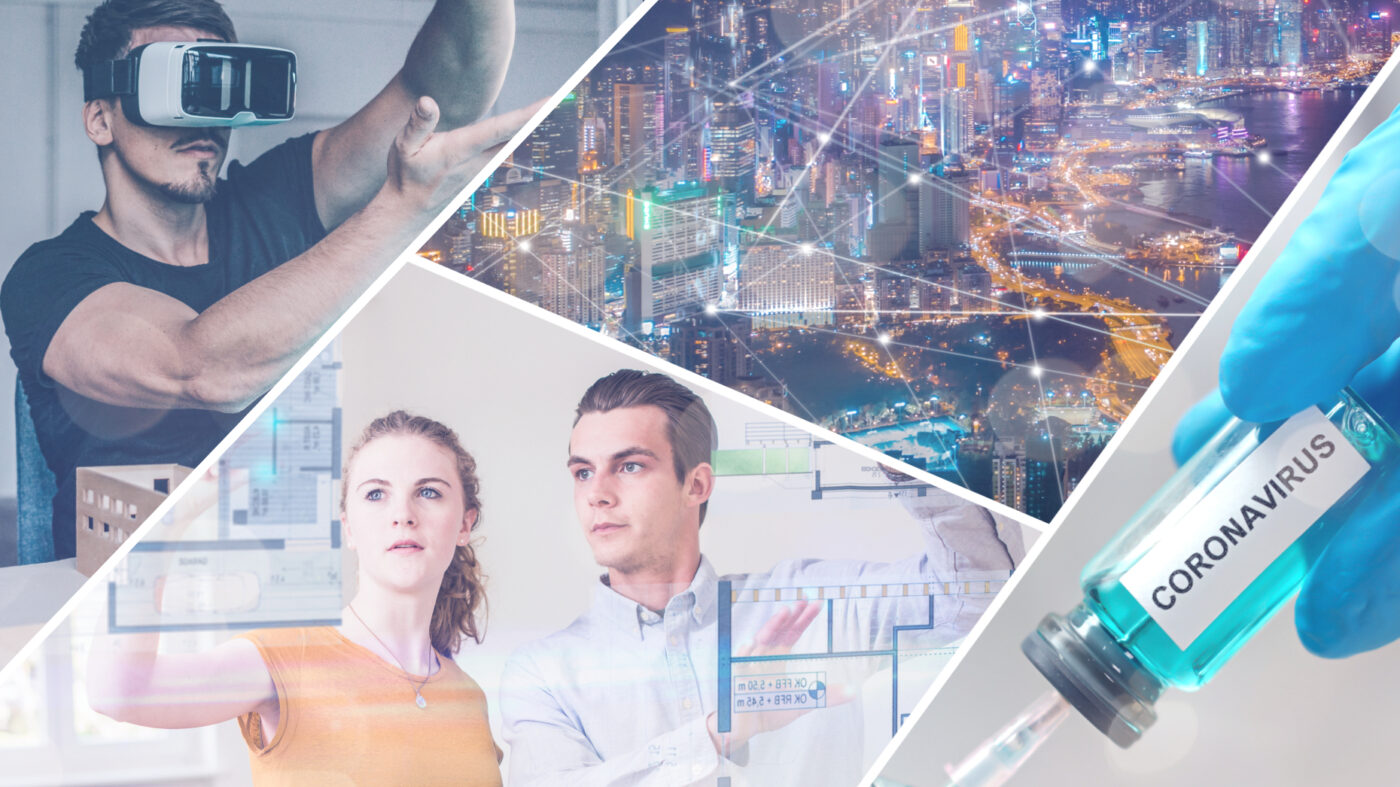 The coronavirus pandemic is forcing agents to do much more of their previously face-to-face business over a computer. Here are a few novel ways to make it work.

When the coronavirus was first detected late last year in Wuhan, China, few people in the U.S. could have imagined where we’d be today: Workers are staying home, restaurants are limited to take-out, toilet paper is a scarce commodity, and a truly mind-boggling 3.28 million people have filed for unemployment.

And of course, the pandemic has upended real estate. What since time immemorial had been a face-to-face industry is now, thanks to social distancing, having to grapple with moving virtually every stage of the transaction online. It’s a hard switch.

But it’s also, to a large extent, possible. Over the last decade, a massive number of innovators, tech companies and investors have stepped into the space, which has created a healthy digital real estate ecosystem. Though rules vary from place to place, it is possible now for most agents to do at least most of their jobs remotely.

“We’re going to learn,” Barbara Betts, broker and CEO of The Betts Realty Group, recently told Inman of the pandemic, “that real estate can be done a lot more virtually than we were doing it.”

In that light, what follows are some of the more interesting and novel ways to make that happen. It’s worth noting that the point isn’t to be completely comprehensive. That’d require republishing literally years’ worth of Inman content. Instead, the idea is to explore a slice of what’s out there, highlighting a few popular stalwarts and some of the newer or more novel solutions that agents have mentioned recently to Inman.

There’s an ongoing debate about how much prospecting agents should be doing at the present moment, given the strict lockdown orders in some markets and the general mandate for social distancing. Where agents land in that debate probably depends on where they work, but a number of industry professionals told Inman that they think agents’ methods at least need to adapt. And one of the best ways for agents to adapt to this moment is to focus on community.

Tristan Ahumada, an agent and founder of the popular Lab Coat Agents Facebook group, has been documenting emerging practices during the pandemic. He told Inman that he has recently seen agents increasingly turn to LinkedIn as a kind of “reverse prospecting tool.” He explained that agents can use the social network to find everyone who works at a particular company, for example, and then reach out to help them — including in ways that aren’t necessarily directly related to real estate.

“The message is along the lines of, ‘hey I know we’re going through unprecedented times, just reach out if you need help with anything like dropping off groceries,'” Ahumada said.

“Online communities are definitely blowing up,” he said. “I think everybody has started a Facebook group now.”

The idea behind this concept is for an agent to position her or himself as both a local expert and as the foundation of a community. As with LinkedIn prospecting, Ahumada said the groups don’t even need to be focused on real estate. If an agent is using the group to make connections, business will eventually follow.

While the beginning and the end of a real estate transaction have been digitized for a while — more people get their leads from Zillow than door knocking these days, for example — all the stuff in the middle has largely continued happening in person. How can you have an open house, after all, if you can’t open the actual house?

Luckily, however, agents are getting creative.

By now you’ve probably heard of video conferencing app Zoom. Since the pandemic started, Zoom has garnered attention for its playful green screen features, for the people crashing its meetings and for the foibles it has caught on camera.

Zoom has been around for years, but in recent days has become a go-to tool for things like pitch meetings and showings — which can save agents time in addition to keeping everyone quarantined.

Betts said agents are also using Zoom to set up remote showings: A seller can host the meeting and walk through the property, while the buyer and both agents also tune in and supervise. It’s an unconventional approach that puts buyers and sellers in greater contact than normal, but according to Betts also has the potential to increase human interactions, which are important to maintain right now.

“These are things we never would have imagined doing as Realtors before,” she said. “But what I’m seeing is that video and virtual, when there’s a human behind it narrating, is actually working.”

There are a multitude of video conferencing apps out there, but in addition to Zoom, agents who have spoken to Inman recently have said that they are specifically using Bluejeans, Google Hangouts, FaceTime, and Skype among others.

In places where agents aren’t on complete lockdown, many are also using these apps to live stream walk throughs between themselves and their clients.

Electronics company Ricoh is well-known in the real estate industry for relatively affordable cameras that agents were already using to capture interactive, 360-degree images of their listings. But the company has seen surging interest during the pandemic from agents who need to give clients a deeper view of a property without actually going inside. The company’s Ricoh Tours product is particularly geared toward that use case, and walks agents through the process of both creating and sharing their virtual tours.

Some agents, however, have taken Ricoh’s offerings even further.

New York City-based Compass agent Sean McKenzie recently told Inman that his team struck up a deal with Ricoh to host an actual live open house. The service allowed McKenzie’s team to live stream video during the open house while “visitors” logged in using a link they received from one of the agents.

Any agent can do the same thing.

Ricoh told Inman that agents can host a virtual open house by connecting their camera’s IP address to their browser, and then streaming via Facebook Live or YouTube.

Agents aren’t typically lugging furniture into homes themselves, but given increasingly strict isolation guidelines they may face growing difficulty (or cost) finding companies that are still willing to send movers into strangers’ homes. But as it turns out, actual staging is just one of several options agents have.

Virtual staging startup roOomy has been around for a while, but told Inman that it has seen growing demand during the pandemic.

“What we’re seeing is this perception shift in the importance of digital content,” Lindsay Dillon, a vice president at roOomy said. “Agents know that business can’t stop but they need ways to be able to provide marketing assets and marketing materials that require nothing more than a computer.”

The company takes existing imagery of a home and adds images of real furniture and other interior design elements. That means agents and brokerages can experiment with different staging styles, while also saving time and money.

Dillon also said that consumers can buy the furniture they see in the virtual imagery, and via partnerships agents can in some cases share the revenue from those sales — a potential advantage at a time when revenue from other sources might be tighter.

This isn’t new during the pandemic, but since the outbreak began roOomy has seen a growing demand for virtual staging in more parts of houses, and among houses at more varying price points. Which is to say, the pandemic is pushing virtual staging beyond its historic niche.

If you’re reading this, you surely already know about Matterport, which produces interactive views of homes. The company has also been around for years, but told Inman that it is currently seeing  an “upswing” in demand.

“For real estate, it’s a situation agents regularly face: a showing is cancelled because the homeowner becomes ill or is facing some other inconvenient circumstance,” Sebastian Badea, a director at Matterport, told Inman in an email. “In the face of COVID-19, it’s quickly becoming a daily reality.”

The “dollhouse” view from Matterport scan of a house. Credit: Matterport

Matterport may feel like a stalwart at this point, but it has come up in so many conversations Inman has had with agents in recent days that it would be remiss not to mention it. And the takeaway from those conversations is that agents are increasingly leaning on 3D tours to do more; during the pandemic, such tours may be the best agents can do in certain cases when it comes to showings and open houses, among other things.

“After this we’re going to realize the importance of Matterport,” Betts said.

Electronic document signing has been standard practice for many agents for some time now. The pandemic, however, is changing the way people use e-signing.

DocuSign may be the most already-ubiquitous company on this list. But Georg Gerstenfeld, the firm’s general manager for real estate, said that since the virus outbreak he has seen more real estate professionals using DocuSign for back office tasks such as accounting, agent on-boarding and vendor management — or things that might have been accomplished with a quick in-person signature in the past.

That trend in many ways captures what is happening right now. In large part, entirely new technology isn’t springing into being. Instead, real estate professionals are taking the tools they previously used for one task, and applying them to many others.

There are a lot of different e-signature and document verifying services that overlap in some ways with DocuSign. For example Long Doan — founder and CEO of Realty Group in Minnesota — told Inman that his company has used DocVerify, SignNow and SnapDocs, among other programs. The list could go on, but the point is that these tools are currently squirming their way out of their normal niches.

Notarize provides virtual notaries who can get on a video conference with consumers to explain information and — as the company’s name suggests — notarize documents. The company told Inman that since the coronavirus outbreak, “our inbound interest has grown tenfold nearly overnight.”

Significantly, in response to the pandemic and the soaring demand for its services, Notarize this week opened its platform beyond in-house staffers to independent notaries and title agents. That means notaries who had been working exclusively in person will now be able to join Notarize and begin working remotely.

As a result, far more agents and title companies should theoretically be able to take advantage of the online closings that Notarize is known for, potentially facilitating closings that would otherwise have stalled during the virus outbreak.

In some cases, agents may simply want to go over documents with clients themselves and don’t necessarily need to lean on a third party. Betts said that in such cases, she uses Loom, a free Google Chrome plugin that users video record their screen. The tool, Betts explained, allows her to “virtually walk my clients through the documents.”

“The great thing about doing that is they can actually see the document on the screen as you’re talking about it,” she said.

Like many people who spoke with Inman, Betts is using a bunch of different programs for a lot of different tasks right now. It’s a period of major change. But she also said that the lessons agents are learning during this period will set them up for success later, and that while “nothing beats face-to-face,” digital is the future for much of the real estate transaction.

“The only thing that’s difficult to figure out how to do virtually,” Betts said, “is handing over the keys.”

Realogy and OJO Labs partner for lead conversion tool
Back to top
Refer friends to Select and get $200 in credit.Register Here×
Connect Now is less than one week away. Prices go up May 30.Reserve your seat today.×
Inmanpot