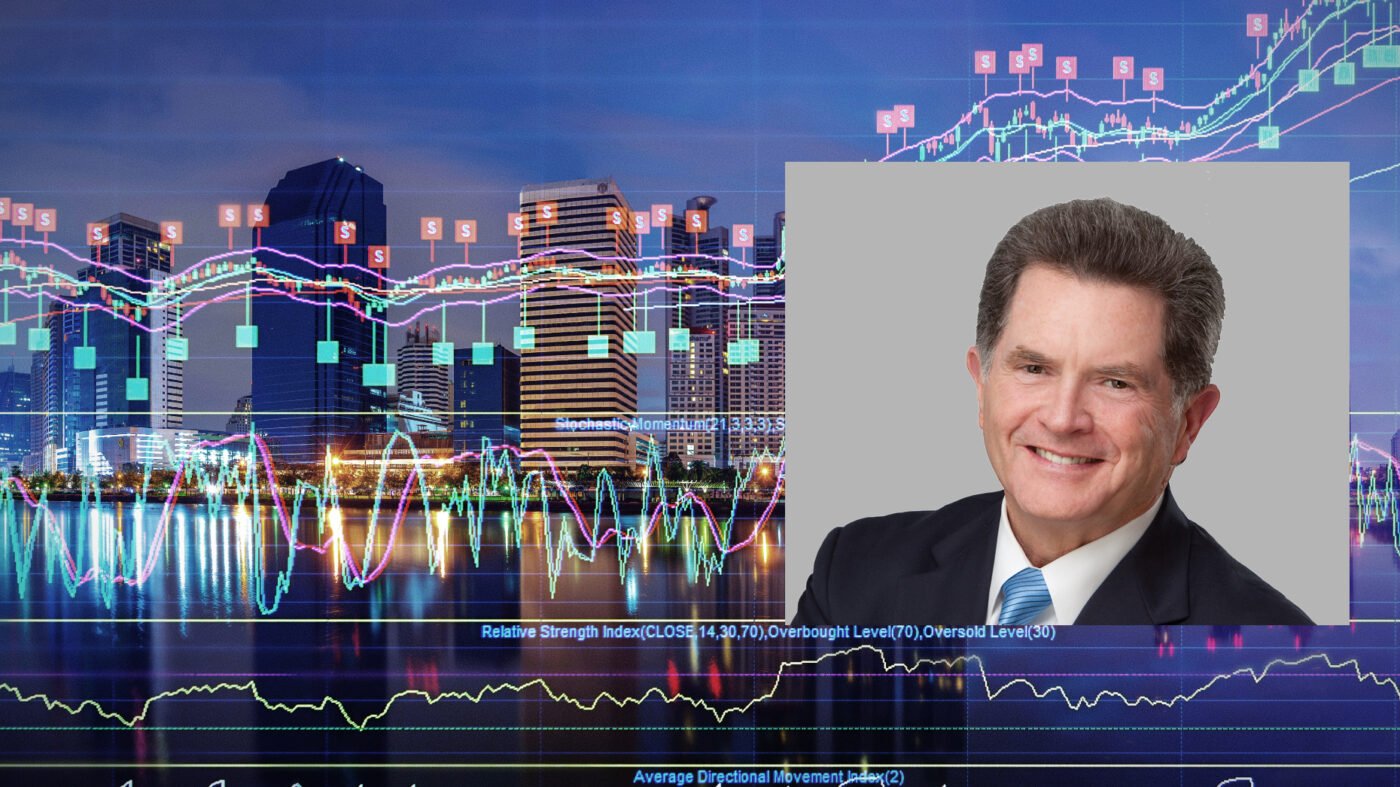 Patrick Stone, of WFG National Title Insurance Company, said Tuesday that home sales will likely be down in 2020, but overall, he’s optimistic about an economic recovery from the current pandemic.

The coronavirus pandemic is nowhere close to wrapping up, but at least one long-tenured executive in the real estate industry has looked out across the economic landscape and concluded that “we have the ability to recover quickly.”

Stone is the founder and executive chairman of WFG National Title Insurance Company. During an hour-long webinar Tuesday morning he discussed the ongoing crisis at length, drawing comparisons to the 1918 Spanish Flu, a “man-made” recession related to interest rates in the 1980s and the Great Recession. Stone ultimately concluded that the health of the U.S. economy is in better shape now than it was before the Great Recession, and that there’s reason to believe the U.S. could get “basically a V shaped recovery” from the ongoing chaos.

“We are in a heck of a lot better shape in the real estate industry than we were back in 2007,” he said, adding a moment later, “I’m confident we’ll have a fairly strong recovery.”

That doesn’t mean, however, that the economy is out of the woods. Stone raised a few caveats, and noted that different industries will experience different degrees of suffering. Here’s how he sees the crisis playing out:

The longer the economy is closed, the harder the recovery will be.

Stone’s biggest caveat to his optimistic outlook was that if the crisis were to drag on for six or nine months, the economic turmoil would be greater. If that were to happen, he argued, “You won’t have a quick recovery.”

“The longer you have a duration of unemployment and a reduction in spending, the longer it takes to recover and the more it hurts,” he said.

Stone repeatedly pointed to soaring unemployment numbers and said that the recovery will hinge on rehiring a large number of the people currently out of work. He also noted that a lack of consumer spending is going to trickle up to local and state governments, which rely on now-falling tax revenue.

“State and local governments are very concerned because they don’t have taxes,” he added.

Some small businesses will fail, and investors will be less willing to back unprofitable companies.

Stone said most small businesses can cope with a couple of months of lost revenue, but “with five or six months, it gets a lot dicier.” That said, he was optimistic about recent stimulus options for small businesses, explaining that after a rocky rollout they do seem promising.

“There will be some failures but it won’t be as dramatic as we feared a month ago,” he said.

Companies that are yet to turn a profit, and which rely on investors, however, might be in more trouble.

“The ability to continue to support non profitable companies is going to come into question here,” he said. “People are not going to be so willing to lend money.”

Stone didn’t mention any companies by name, but the crisis has prompted speculation about the future of companies like WeWork, which were already struggling before the coronavirus outbreak and required cash infusions to stay afloat.

Home purchases will drop this year, but then recover.

After a strong first quarter, the second quarter of 2020 should see a significant drop in home sales, Stone said. The numbers may pick up later this year, but overall Stone expects purchases to be “down this year maybe up to 10 percent from last year.”

Stone also said he doesn’t think the crisis will drive a significant drop in home prices.

Refinancing will help fuel the recovery, and mortgage rates should stay low.

As many observers have noted, plummeting mortgage rates have driven a massive surge in refinancing. Stone described this activity as “off the charts” and said that as people refinance their homes they end up with more money. And “that’s good for us.”

“It does really put a lot more spendable money in the average American’s pocket and that will benefit us when the recovery occurs,” Stone explained.

He also believes mortgage rates will stay low this year then rise in 2021, though the rise shouldn’t be enough to negatively impact the real estate industry.

Ultimately, Stone also said that while the economy has entered a “recession,” there’s reason to be “cautiously optimistic” about consumer spending and an eventual recovery.

“We will have pent up demand when we come back into the market place,” he said.