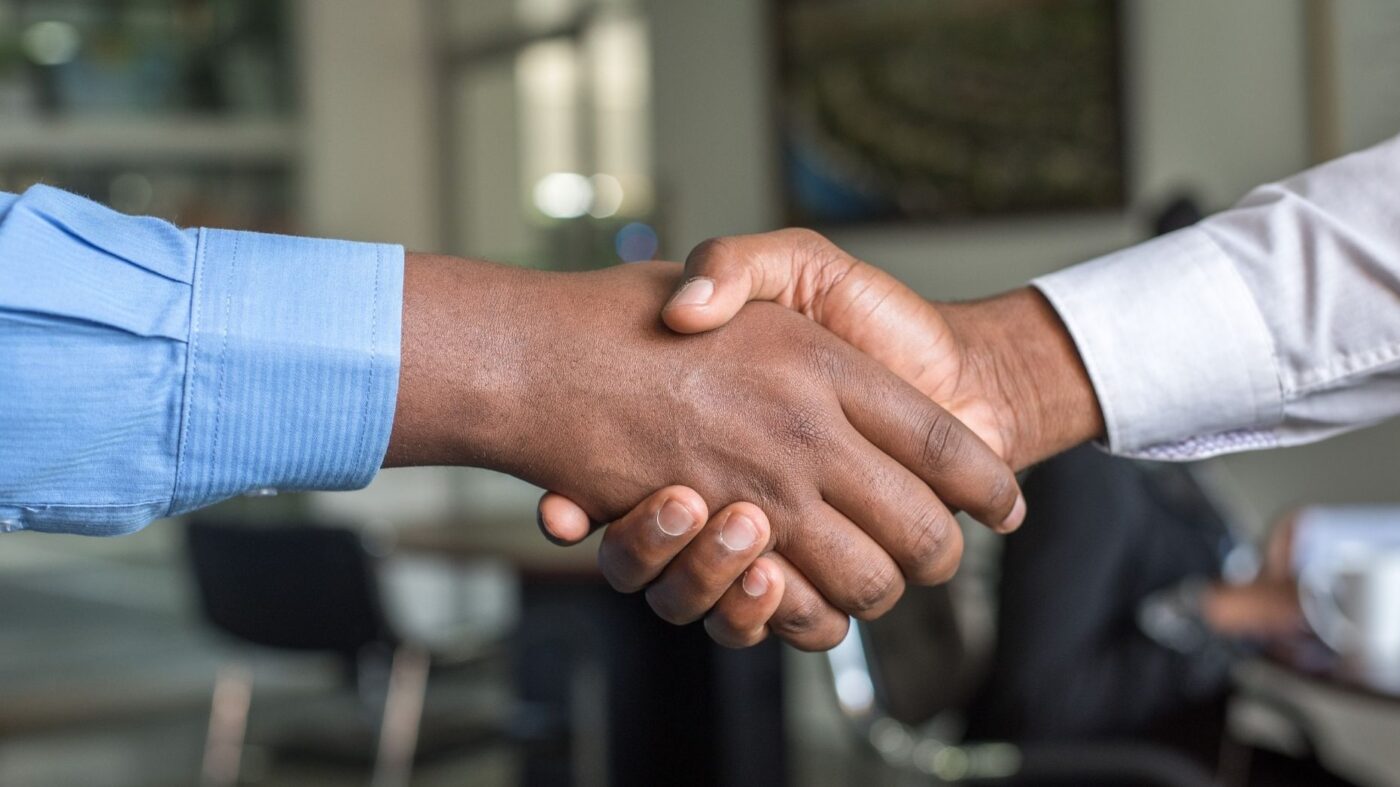 There’s a lot of real estate tech out there to choose from these days. But, in many circles, there’s still a general perception that larger franchises have an advantage when it comes to offering marketing, training, CRM or other services to their agents. But, for the indie broker who’s willing to put in a little legwork, that doesn’t have to be the case.

Once Tim Holt, founder of Golden Realtors in Wichita, Kansas, crunched the numbers and realized how much he could save by going independent and contracting with vendors himself, rather than paying franchise fees, the choice to go indie was easy.

“You can contract with ListHub to distribute all your listings up to 200, and there are different showing services, client follow-up services, the E&O companies,” Holt said. “With that stuff being available, you don’t really need to rely on a franchise if you’re willing to spend a little time and a little money upfront. But in the long run, you’re ahead of that over the franchise fee.”

According to a 2019 report from Realtor Magazine, franchise fees can range from about $2,000 to $35,000, depending on the brand. And those fees don’t even take into account any ongoing royalty, renewal or marketing fees.

Of course, part of the advantage of being with a franchise is brand recognition and marketing power, Holt conceded. But, he said brokers who are established in their market and are willing to put in the effort to build up social media and other marketing channels shouldn’t fear losing affiliation with a brand name.

“Your literature, your marketing, all this stuff — it’s all available, it’s just a matter of if you want to make the effort to go out and dig it out yourself,” Holt said. “You have to look at it from the standpoint of, when you do it, you’re paying yourself, because you’re not paying franchise fees.”

Because real estate coaching has become such a competitive market these days, Holt said it’s also possible to negotiate with coaches to train a team for about the same price as they’d provide to a franchise. Or, develop mentoring programs among your own agents, pairing more experienced agents with newer ones until they feel comfortable out in the field.

Nia Knowles, broker at Area West Realty in Atlanta, Georgia, said she and her brokerage continue to try out resources from different vendors to see what will work best for them. She explained that simply by being a member of local and national Realtor boards, her team often receives discounts from vendors.

“Taking advantage of test trials before a purchase enables us to determine if the product would benefit our organization,” Knowles told Inman in an email. “We try not to use products that require a long-term contract, but those that will allow a monthly fee. Because technology rapidly changes, it is best not to be stuck in a contract.”

Gordon Hawkins, broker/owner of Hawkins Realty Group in Detroit, said he’s had relatively good luck overall working with vendors, and mostly enlists them for things like marketing services and website design. But, he did admit those services get pricier all the time.

“As far as marketing, we pretty much use what everybody’s using right now, which is Zillow,” Hawkins said. “Initially, it was a little less expensive and now it’s a lot more expensive, especially in the zip codes where the property values are in the upper $200,000 or more.”

Hawkins also said he likes to use a local MLS called Realcomp that provides services to Realtors in Michigan, giving them access to different sites like Zillow, Trulia, and others, as well as providing real-time MLS data, support and training.

Even though it’s more work, Hawkins said he wouldn’t trade his current indie status to return to a franchise because he values the freedom to use the services that work for him.

“I still prefer to have my own [brokerage] than pay franchise fees and marketing fees,” Hawkins said. “They dictate to you what you’re going to pay if they decide to do more marketing or implement some type of new program within the franchise.”

Vendors on working with indies

Marc Regardie, senior vice president of broker business development at Homesnap, told Inman that the real estate tech solutions company approaches working with indies basically the same way as it does working with franchises. But, he said it’s oftentimes actually easier than working with franchises since many indies have a blank slate, or at least more flexibility, when it comes to adding new tech.

“Some franchises, for instance, they might have tools that they’re [already] getting, so you go through whatever front end that franchise provides to their agents, and maybe there’s ways that they can purchase digital marketing, [and] a lot of independents don’t have that part of it,” Regardie said. “So one of the nice things with Homesnap is, we already have all the data — their listings, their sold homes, all those things — and we’ve built this great digital marketing platform that anybody can use. But then for a brokerage, we can work with them to create a more branded version of that platform.”

Some of the most common things Regardie says he hears from indies is that they simply don’t have the staff or bandwidth to manage marketing or lead gen tools, but that they still hope to be able to compete with franchises. With the use of its various data sources and customizable tools, Regardie said Homesnap can help indies overcome these challenges.

“[Indies] really like that there’s very little setup that they have to do, there’s no ongoing maintenance. A lot of times they don’t have big tech stacks or staffs and they don’t have to worry about data feeds because we already have that,” Regardie said.

Tech platform provider and marketing agency MoxiWorks echoed that the indies the company works with appreciate the ability to create very curated content that reflects their specific brand.

“Part of why they are indies is there’s something about their brand, their corporate culture, and the way that they feel they’re doing business, that they feel is different than what the larger conglomerates offer, otherwise they would just go be one of those,” Georgia Perez, vice president of business development and product evangelism at MoxiWorks, told Inman.

“They tend to be fiercely brand-centric and even as we roll out products and services, we’ve created a platform that’s flexible enough to really allow people to not just get something that’s full of a lot of generic stuff that every other user that’s using it’s going to have, but actually allows them to create valuable content and really shape the products and services to be appropriate for their brand …”

MoxiWorks originally grew out of Windermere Real Estate, which was the third largest independent real estate company in the U.S. at the time, Perez added. (Windermere now has its own franchise.) Since then, the company has somewhat gravitated towards working with indies because it began in the indie brokerage sphere. Today, Perez estimates MoxiWorks does about 70 percent of its business with indies and 30 percent with franchises.

While MoxiWorks assigns an account management team to each one of its clients that’s dedicated to “worrying” about that client each and every day, the company also tries to empower its broker clients with the knowledge and capability to manage their own systems, if they want to.

“Often for cost-savings and ease, people would rather have control,” Perez said. Her team often hears from people that other providers don’t allow brokerages to create or maintain their own systems, but doing so “can be a significant savings, tens of thousands to hundreds of thousands of dollars, depending on how large a brokerage you are,” she said.

If you’re an indie broker, it’s worth it to explore in detail what different vendors have to offer. You should also continue to assess whether or not a particular vendor is working well for you since these companies are developing new technology continuously, and something better may be just around the corner.

Be confident when telling a vendor exactly what it is your agents need and want — or, what they really don’t want. Many vendors will be happy to work with you to create a product that is best suited to you team. And if they aren’t, maybe it’s time to keep shopping around.

3 brokers share how giving has enriched their lives and business

Pulse: How our readers cultivate a magnetic indie culture
Back to top
Inman Connect Las Vegas is back and there are only a few presale tickets left! Register today before they're gone.REGISTER×
Inmanpot
Log in
If you created your account with Google or Facebook
Don't have an account?
Create an Account
Forgot your password?
No Problem