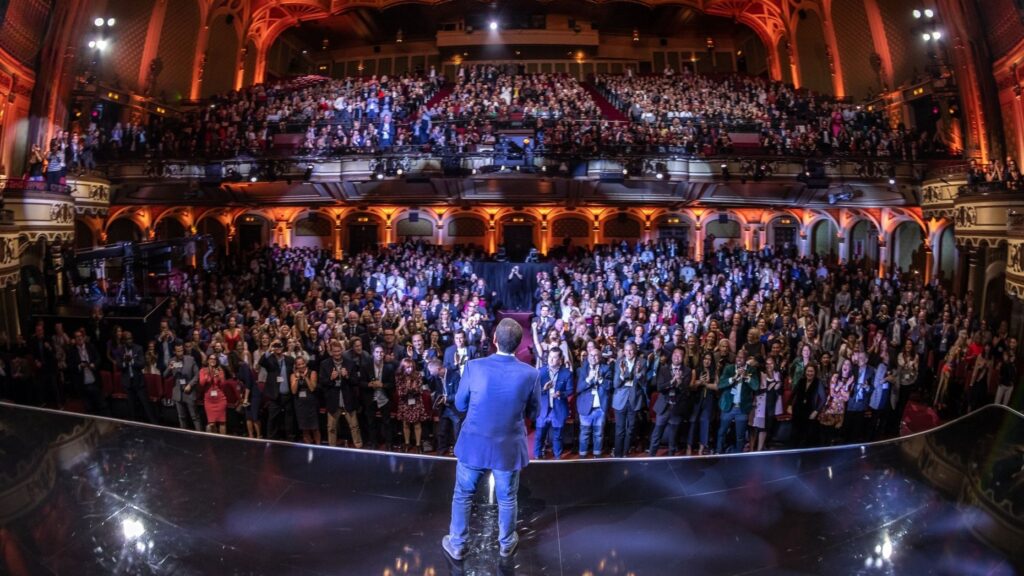 Compass’ initial public offering has been the source of speculation at both Inman and other media outlets since at least 2017. Here’s a look back at the origins of our obsession.

The Compass initial public offering was the story everyone saw coming, so it was no surprise that the real estate industry wasn’t, well, surprised when the company confidentially filed paperwork with the U.S. Securities and Exchange Commission, Monday.

Looking back through the Inman archives, it’s felt like Compass’ IPO has been coming soon — or shrugged off by its CEO — innumerable times over the years.

Inman Publisher Brad Inman has predicted a Compass IPO as part of his annual predictions every year since 2017. And this year it appears he was finally right.

Looking back through the archives here are all of the stories Inman has reported over the past few years as Compass mulled filing its IPO paperwork:

Compass spent 2017 bolstering its c-suite, adding a new chief operating officer and chief people officer. But on August 30, the company brought in veteran executive Craig Anderson to serve as chief financial officer, fueling speculation that the company could be eyeing an IPO.

The company, at the time, declined to address the rumors and Anderson would eventually spend less than a year in the role.

Fresh off of raising $100 million in its Series E funding round, a Compass executive acknowledged that some executives in the company may be setting their sights on going public.

“We think an IPO is certainly a possible path for us, but we really don’t spend time strategizing about that,” Rob Lehman, who, at the time, served as Compass’ chief revenue officer, told Inman.

In a wide-ranging interview with Inman, Compass CEO Robert Reffkin discussed the company’s voracious growth, acquisitions, agent productivity and his own past mistakes as CEO. He also, definitively confirmed the company would eventually go public.

June 12, 2019 — Brad Inman tries to get the scoop and Compass announces major re-organization.

Going off a hunch —  and with plenty of historical research to back up that gut feeling — Brad Inman predicted a Compass IPO was “coming soon.” So much so, that he employed a journalistic tactic of staking out the company’s New York City headquarters.

While he didn’t catch a whiff of any IPO talk, his gut was right that something was up with the seven-year-old company. The company, that same day Inman’s column was published, announced the departure of two longtime executives and a major re-organization.

In what appears to have been the companies last funding round, Compass raised $370 million at a $6.4 billion valuation in its Series G funding round. The round was once again led by the SoftBank Vision Fund and included a number of existing investors.

But it was a first-time investor that perhaps should have been the first clue that it might be the company’s final funding round. Dragoneer Investment Group, a San Francisco-based private investor with a track record of investing in later funding rounds, was part of Compass’ Series G.

During an appearance on CNBC — in which he also revealed the company launched a new AI-powered search tool — Reffkin confirmed that an “an IPO is likely in our future.”

Reffkin did not shed any additional light on when the company would go public, or the timing of that IPO, adding, “I don’t go to sleep at night thinking about an IPO.”

In an exclusive interview with The Real Deal, Reffkin said the company has no plans to get public in the next 18 months.

“We have enough capital where we don’t need to go public,” Reffkin told The Real Deal, at the time.

A spokesperson for Compass, at the time, also declined to elaborate on Reffkin’s remarks, saying there isn’t any more to tell regarding the initial public offering (IPO), other than what’s been reported.

November 11, 2019 – Compass makes changes to its equity program for agents

In anticipation for its eventual initial public offering  — and perhaps in a signal it was coming relatively soon — Compass made major changes to the program that allows agents to gain equity in the company, by surrendering a portion of their commission. The company, in making the changes, shortened the vesting period.

The company shifted from offering equity stock options — an option to buy stock in the future at a set price, or strike price — to restricted stock units that will vest under certain conditions.

Pamela Thomas-Graham, a digital media entrepreneur with experience at numerous high-profile companies and the current founder and CEO of Dandelion Chandelier, joined the Company as its first independent director.

Thomas-Graham, who had past experience at Credit Suisse, Liz Claiborne and NBCUniversal, became the fourth member of Compass’ board of directors.

While it’s not specifically a story about Compass going public, it’s likely one that will have ramifications on the company’s S-1 filing. In the early days of the COVID-19 pandemic, Compass laid-off approximately 15 percent of staff  — and was not unique in enacting mass layoffs.

During a year in which the housing market blazed, the company likely lightened some of its expenses — although that’s not to imply it was an intentional decision, rather a consequence that will help it show more profit when it finally does reveal certain financials to investors and the general public.

The company continued to bolster its board of directors throughout 2020, adding, in April, Eileen Murray, the co-CEO of hedgefund giant Bridgewater Associates.

Murray became the second independent director and the fifth member of Compass’ board of directors.

Inman learned, in mid-June, that Compass was looking to hire a securities attorney to boost its legal team. The duties for the position were in-line with many of the tasks that a public company would require, specifically related to reporting to the U.S. Securities and Exchange Commission (SEC), including some specific to disclosures only required by public companies.

The company at the time declined to comment on if the hire would inform the timing of an IPO or if one was nearing.

In an interview with CNBC, Reffkin confirmed that Compass has “the people in place and the systems in place to go public when we would like.”

But in the same interview, Reffkin said that the company doesn’t need to go public to raise capital. In fact, at the time, the company was coming off three consecutive months of record revenue, including an August which saw Compass’ revenue climb 70 percent year over year.

Steve Sordello, the long-time chief financial officer of LinkedIn and a board member of Atlassian, joined Compass in November as its fourth independent director and sixth member of its board of directors.

During his tenure, Sordello oversaw LinkedIn’s initial public offering and subsequent scaling until its merger with Microsoft.

Reports emerged the week prior to the company announcing a regional leadership reorganization that the company had tapped Goldman Sachs and Morgan Stanley as the underwriters of a potential initial public offering in 2021.

December 8, 2020 — Reffkin touts the benefits of going public in memo to agents

In a company-wide memo sent to agents and employees in early December Compass CEO Robert Reffkin espoused the potential benefits of being a publicly-traded company.

“I can’t comment on when the timing will be, but being public will allow Compass to raise capital that we can invest in more tools and more support to help you save time, grow your business and better serve your clients — more brand recognition, more programs and resources like Concierge, more employees to support your success,” Reffkin said, in the memo.

After years of speculation, the company officially and confidentially filed its S-1 paperwork with the U.S. Securities and Exchange Commission to go public. 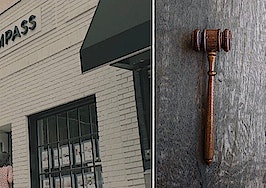