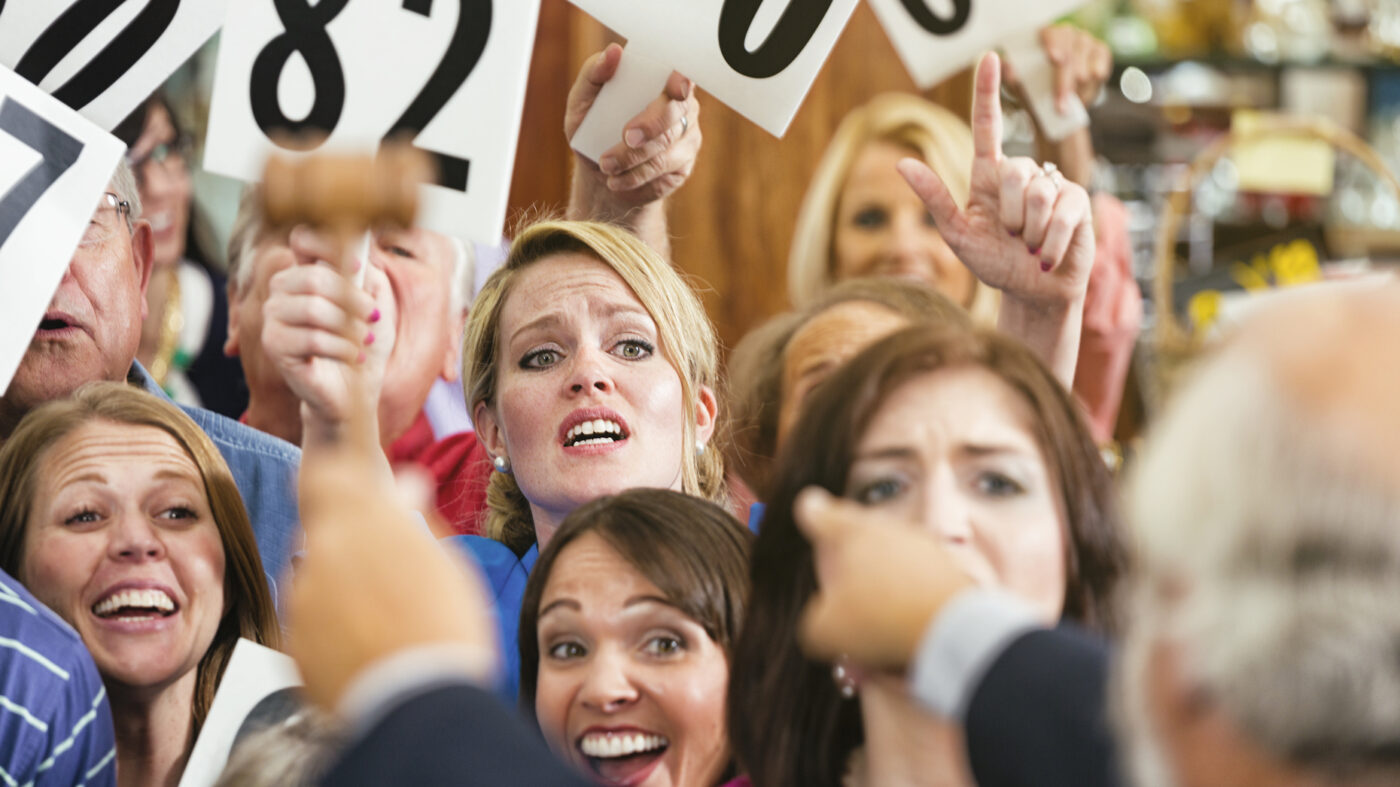 In a sign of the absolutely brutal market buyers are facing this spring, one house in the Washington, D.C., area recently attracted an astounding 88 different offers, the vast majority of which were for cash.

The 1,800-square-foot fixer upper was located in the suburbs near the nation’s capital and was initially listed for $275,000, according to CNN, which first reported the story. However, after going live on a Thursday, 88 offers had poured in by the following Sunday. A total of 76 offers reportedly included all cash, and 15 were made sight unseen.

RE/MAX agent Ellen Coleman represented the property. Though she didn’t immediately respond to Inman’s request for comment, she told CNN she “felt like Lucy with the chocolates” — a reference to a famous episode of I Love Lucy in which the titular character is overwhelmed in a chocolate factory.

“I’m thinking, ‘This is just out of control,'” Coleman added.

In the end, the home reportedly sold for $460,000 to an all-cash buyer who had waived all contingencies and had all the necessary paperwork in order, though it wasn’t actually the highest offer. Coleman said the buyer appears to be an investor who plans to fix up the house and resell it.

Though the Washington, D.C., home is an exceptional case, similar stories of wildly competitive markets across the U.S. abound.

On Tuesday, for example, a real estate professional posted in the popular Lab Coat Agents Facebook group that she had just lost a bidding war despite offering all cash and $50,000 over the listing’s asking price. The post generated more than 100 comments, many of them from other agents who have experienced the same thing.

For instance, one agent from Washington state responded to the Facebook post by saying that he lost a bidding war despite having an offer that was $91,000 above the asking price. But other agents saw that as par for the course, with another Washington agent saying $200,000 over asking is now normal and that he recently sold one property for $500,000 over a home’s asking price.

Finally, another agent, from California, reported losing “numerous” bidding wars despite offers that were $250,000 over asking.

There were dozens of such comments on that single Facebook post, with many other conversations also on the social platform lamenting previously unimaginable levels of competition.

The highly competitive markets across the U.S. are due in large part to a lack of inventory, which among other things has sent the number of sold homes plummeting and prices skyrocketing.

Why exactly supply is so constrained remains a matter of debate. But a survey of 1,000 agents that real estate marketing company ActivePipe conducted in early March — an which the company provided to Inman — showed that 40 percent of respondents saw surplus buyer demand as the biggest contributor in the supply shortage. Another 30 percent saw sellers being unsure of what they can buy next as the biggest factor, while 9 percent cited anxiety over COVID-19.

In response, the survey showed, agents are trying a variety of techniques to generate more listings. Specifically, 41 percent of respondents indicated they are reaching out to homeowners in desirable neighborhoods, 24 percent reported using technology to identify likely buyers, 5 percent are connecting with local developers and 2 percent have targeted for-sale-by-owner listings.

Still, as the scores of Facebook comments and the home in Washington, D.C., indicate, a severe inventory shortage persists.

“All day long in California,” one person responded in the Lab Coat Agents group when discussing losing bidding wars.

“Same here in Colorado,” another said.

“Happening here in Utah as well,” yet a third agent chimed in. “So crazy the entire country is on fire!!”