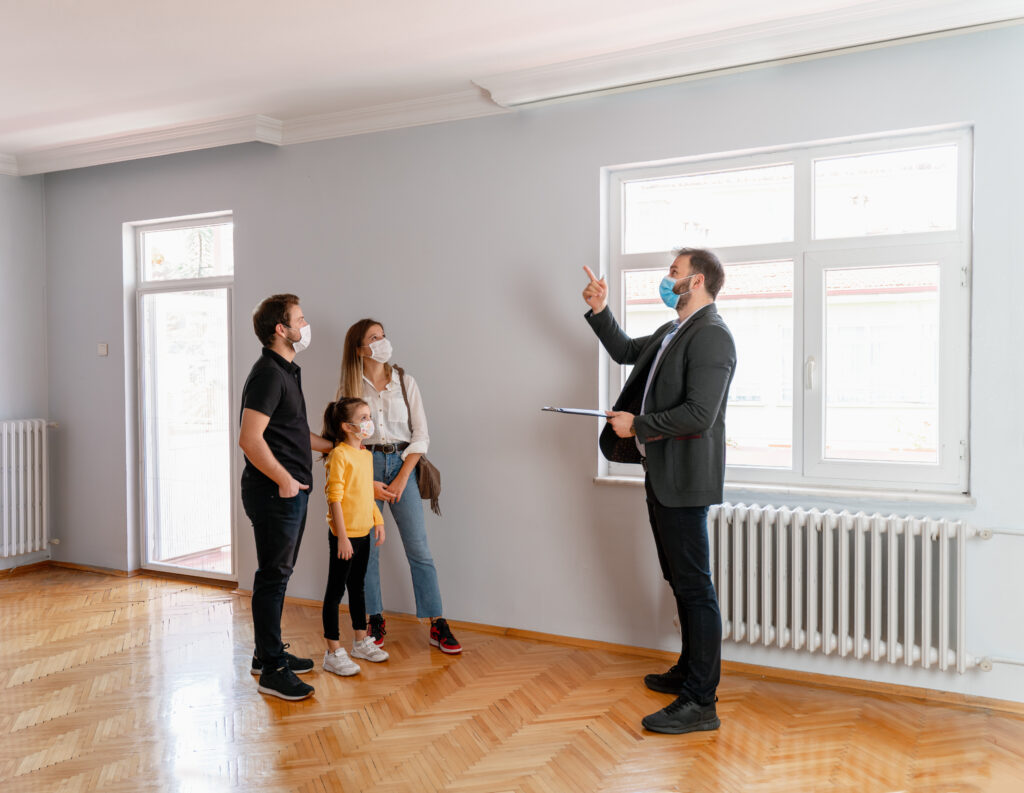 Most brokerages told Inman they can’t force agents, who are mostly independent contractors, to get the vaccine. Lawyers Inman spoke to said otherwise.

As daily cases of COVID-19 rose past 100,000 this week for the first time since February, local governments and businesses — including real estate brokerages — are facing tough decisions on whether to mandate vaccines for employees.

On Thursday, daily COVID-19 cases hit a six-month high, clocking in at approximately 127,000 and pushing the seven-day average above 100,000 for the first time since Feb. 11, according to a New York Times database. To put the rise into perspective, last August, daily cases were averaging 57,000.

Related Companies and the Durst Organization made vaccines a requirement for corporate employees in recent weeks, and Redfin became the first real estate brokerage to mandate vaccines on Wednesday, when it sent out a company-wide email to its approximately 3,000 employees, including salaried agents, stating they will have to be vaccinated if they plan on returning to the office.

Warburg Realty, RE/MAX and Chavi Hohm of Coldwell Banker Bain have all taken steps to either mandate vaccinations for employees or leave the decision to individual offices, according to a review by Inman.

On Friday, Keller Williams was preparing a COVID-related shift in business that it intends to announce later this afternoon, a spokesperson told Inman.

“The safety of our people is paramount,” Keller Williams spokesperson Darryl Frost said. “And we continue to follow CDC, WHO, state and local guidance regarding COVID safety measures.”

Can brokerages require agents to get their shots?

While most brokerages told Inman they can’t force agents who are independent contractors to get their vaccine, lawyers Inman spoke to say otherwise.

According to labor and employment attorney, Deborah Brouwer, generally speaking, brokerages can require agents who are independent contractors be vaccinated. 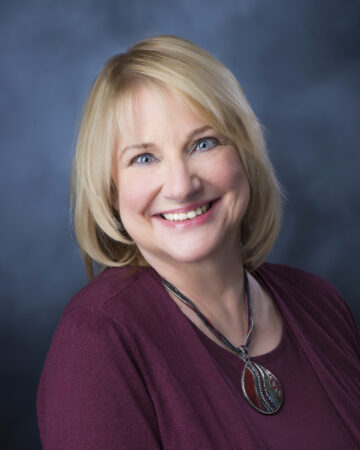 But David Aylor, CEO of South Carolina-based David Aylor Law Offices, said while possible, implementing such a policy can be difficult.

“It isn’t one size fits all, but if an employer can establish the vaccine as a legitimate job requirement, the same requirements would be expected of contractors, too. If they do require vaccines, they need to make reasonable accommodations for workers who cannot get vaccinated for religious or medical reasons,” he explained. “Until there is clearer legislation on the matter, employers may not make them mandatory to avoid potential legal disputes, as the word of the law leaves room for interpretation on true job requirements and the reasonable accommodations taken for those that are unvaccinated.”

Even if a brokerage can’t, or chooses not to, amend contracts, they can do other things to push agents to get the shot, like require those who step on their premises to be vaccinated and/or show a negative COVID-19 test.

“Brokerages can require everyone that enters their physical space to be vaccinated just as other businesses do,” Inman Ambassador, Andrea Geller, wrote to Inman on Facebook. “I think what would be a better approach is the state to mandate anyone who is licensed by the state to be vaccinated. That would include real estate professionals, hair stylists, nail people, medical professionals and the list goes on.”

On Wednesday, Redfin sent a company-wide email to its approximately 3,000 employees, which includes agents because they are salaried, stating that they will have to be vaccinated if they plan on returning to the office. 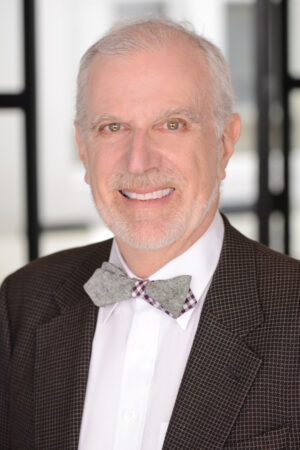 “Every Warburg employee must have received a first vaccination shot by August 15, and show proof of same, or provide a written medical excuse or a religious reason for non-participation, or demonstrate proof of negative testing on a weekly basis,” Warburg CEO Frederick Warburg Peters wrote to his employees. “We have to be part of the solution, not the problem.”

Over in Washington, Chavi Hohm, the leader of Team Diva Real Estate at Coldwell Banker Bain, is preparing to set a vaccination requirement for her team.

“We are actually getting ready to publicly release our vaccination requirement for our team,” she wrote to Inman Coast to Coast. “We have had it since early part of this spring. In addition to those requirements we are adding stricter showing and masking requirements.”

But not everyone feels brokerages should make the call

While some think brokerages should take the leap and require the vaccine, there are many that don’t plan on doing it.

Real estate franchise RE/MAX told Inman that they are leaving vaccine mandates up to each office.

“As a global real estate franchisor, each of our offices are independently owned and operated. Therefore, these decisions lay with our Broker/Owners individually around the world,” a spokesperson for the franchise said.

Sarah Richardson, CEO and founder of Arizona-based Tru Realty, told Inman she doesn’t plan on making her agents get vaccinated, but she is taking steps to prevent the spread of COVID-19. 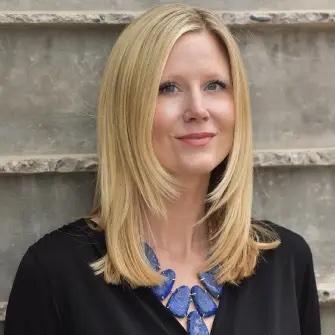 Home to over 130 agents, Tru Realty provides customized masks to their agents. In the office, there is space between each workstation and cleanliness instructions to follow.

If her agents were employees, Richardson told Inman that there’s a possibility that she’d consider a vaccine mandate. But because they are independent contractors, she won’t.

“Right now we aren’t going to mandate it [the vaccine]. We just want to practice being safe. We feel it’s the choice of the agent,” Richardson said.

While David Serle, who owns a brokerage in Florida under the RE/MAX franchise, feels agents should get the shot, he’s on the same boat as Richardson. He doesn’t believe he can ask his agents, who are independent contractors, to get vaccinated.

“I highly encourage all agents to be vaccinated. They should be because they have an obligation to the public,” he said.

But resorting to a vaccine mandate, he continued, “is a very slippery slope,” as it can blur the line between being an independent contractor and an employee. 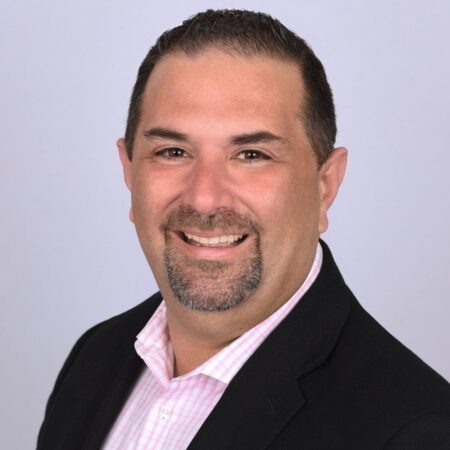 Rodenbeck, owner of Austin-based Spyglass Realty, is also conflicted about what to do.

“Yes, I think they should all be vaccinated,” he wrote on Inman Coast to Coast. “It’s my opinion that is no merit in not being vaccinated. That being said, I have not implemented the requirement yet. I’m hesitant in doing so even though I believe 95% of my agents are already vaccinated.”

Major brokerages Compass and Century 21 declined to comment when asked if they are considering a vaccine mandate. Douglas Elliman, Corcoran, Realogy and Sotheby’s did not immediately respond. 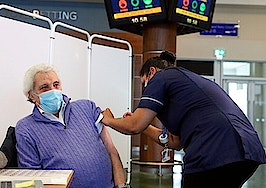 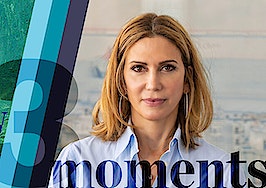 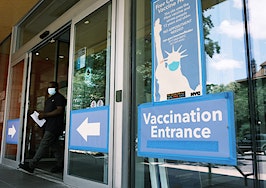 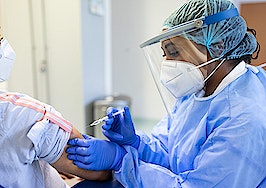 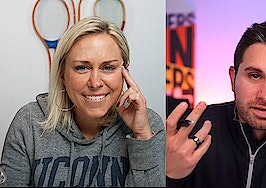