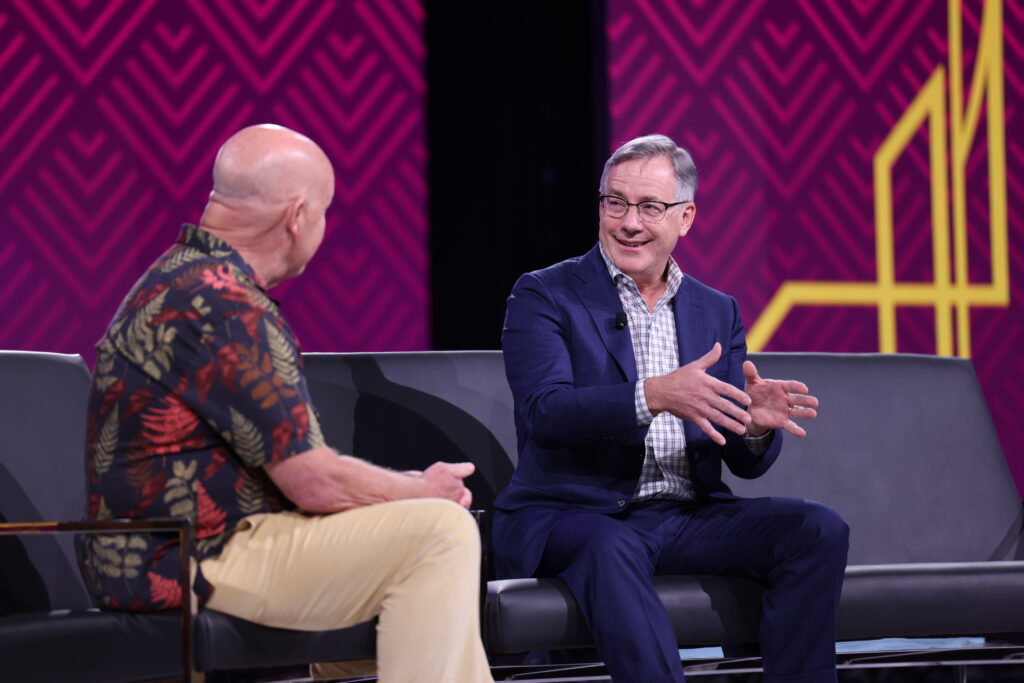 In this complete interview from Inman Connect Las Vegas, Andy Florance weighed in on why his company is building a New York City portal and what he thinks of CoStar’s rivals.

And while he stopped short of explicitly identifying the company by name, it was clear to everyone in the audience that he was referring to rival Zillow.

The comments came while Florance was on stage at Inman Connect for a session titled “A New Real Estate Chessboard Emerges.” Early in the conversation, Florance laid out a hypothetical scenario: An agent puts up a yard sign, and then another company pulls up, spray paints over the sign, and puts a new agent’s name on the sign. Florance said no one would tolerate such behavior in the real world.

“There would be outrage and no one would accept that situation because what this guy has just done is he has hijacked the listing,” Florance said.

Despite the absurdity of such a situation in the real world, Florance went on to argue that that hypothetical story is effectively what is happening right now online. In his scenario, Florance referred to the hypothetical company doing the hijacking as “Ziltern” — a name that appeared to be an obvious reference to Zillow.

Moments later, when session moderator Brad Inman pointed out that Florance seemed to be talking about Zillow, Florance did not correct him.

Don’t miss the complete conversation from ICLV, above, as a benefit of your Inman Select subscription.