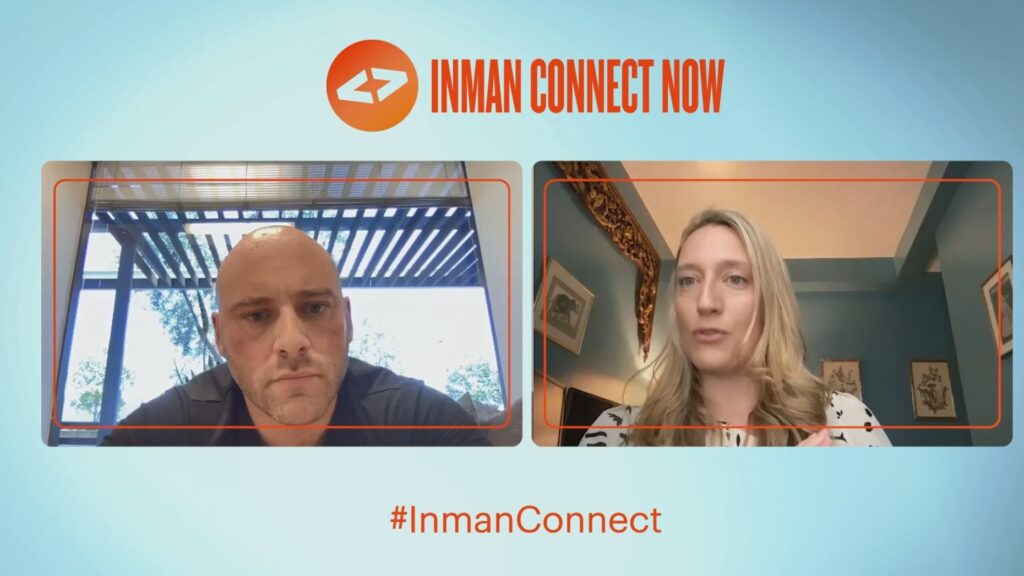 In a shifting real estate market, the guidance and expertise that Inman imparts are never more valuable. At Inman Connect, our how-to journalism is brought to life to help you build your business, adopt the right tools — and make money. Join us today virtually for Connect Now and in person in August at Inman Connect Las Vegas for all the information you need to make the right decisions. When the waters get choppy, trust Inman to help you navigate.

With rising interest rates threatening to dent home sales and curtail the flow of investment capital to proptech startups, some companies have already begun laying off workers in order to survive the current climate of uncertainty.

While some might interpret those moves as signs of a proptech bust, Paul Hurst sees an opportunity.

“I’m not trying to be ebullient about the market and where we’re at,” Hurst said. “I just think it’s a great time for people with strong balance sheets who understand real estate cycles to invest wisely… that’s certainly what we hope to do over the next two years”

Speaking at Connect Now, Thursday, with Era Ventures Managing Partner Clelia Peters, Hurst acknowledged that with mortgage rates climbing above 6 percent and the Fed still battling to tame inflation, proptech companies that managed to go public during the pandemic-fueled real estate boom have lost about 65 percent of their value, on aggregate.

“Unfortunately, I think uncertainty is sort of the name of the game right now and everybody’s trying to plan for the worst hope for the best,” Hurst said.

Many companies, public and private, are starting to say, “Let’s make proactive layoffs to sort of conserve our cash runway and, and try not to be as dependent on venture capital markets for survival in this sort of uncertain market.”

Peters noted that it’s important to draw a distinction between early stage companies looking for seed or Series A funding, and growth-stage companies that have a proven track record and are seeking larger sums, or looking to go public.

“You know, when people have asked me is proptech, quote unquote, ‘in trouble,’ what we’re actually seeing is that at the earlier stages, there’s an enormous amount of activity still taking place — and at valuations that actually, for better or for worse, don’t look that different from what they looked like last year for good companies,” Peters said.

Hurst agreed “that piece of the ecosystem” — seed and Series A funding for new companies that are just getting off the ground, “hasn’t really slowed down.”

But for growth-stage companies, “I think we’re going to go through a little bit of a reset here, where the [venture capital] market finds a new normal and where flat, maybe even down rounds are actually fairly common for the later stage companies,” Hurst said.

Many growth-stage companies were able to go public last year through “SPAC mergers” — mergers with special purpose acquisition companies — even though they were still unprofitable, he noted. Now that they’re public, those companies must publish quarterly earnings reports that are “fascinating” to proptech investors, but aren’t doing much for valuations.

“I don’t know that that’s the death knell [for proptech],” Hurst said. “It doesn’t mean a company is a bad company. It just means that the market has changed and the valuation is different.”

The opportunity that proptechs are trying to capitalize on — eliminating inefficiencies in real estate transactions — remains, he said.

“Anybody that goes through a real estate transaction or real estate experience — I mean, you can see how many opportunities there are for improvement,” Hurst said. “So yeah, I think it’s very strange to be saying, you know, ‘Proptech is dead,’ in 2022. That would be the same as saying in 2020 and 2021, that every company that was raising capital is going to be a $10 billion company.”

But one challenge Hurst does see for growth-stage companies is retaining the talent that they were able to attract during headier times.

“That’s where my mind goes to — and in our portfolio, is how do we continue to back our winners?” Hurst said. “How do we make sure that the talent and those companies are still committed to the vision and the mission?”

That challenge for growth-stage proptechs could be an opportunity for laid-off workers — not to mention more established companies that have been trying to keep up with the proptech revolution.

“I do think you might see now is some of the incumbent businesses being able to get hold of the talent that now can help them digitize,” Hurst said. “And that’s certainly how we [First American] think about it. You know, we’re thinking, ‘Hey, like, this is a great opportunity for us to invest in our people, to recruit people where it makes sense, and that can help us digitize our core business.'”

Unlike some Power Buyers that are trying to “verticalize” the transaction by being a one-stop provider of real estate brokerage, mortgage and title services, Hurst said First American is aiming to automate and digitize the title and escrow process.

“We’re going to try and make instant title decisions, and we’re investing a lot of money in public record data required to fuel that,” he said.

In addition to continuing to invest in its digital title and settlement services subsidiary, Endpoint, First American (through Parker89) has recently invested in Vesta, which bills itself as a “next-generation loan origination system” for mortgage lenders, and Polly, a San Francisco-based startup that aims to modernize mortgage capital markets. Vesta announced a $35 million Series A in January, the same month Polly closed its $37 million Series B.

“If people do believe that proptech is dead, I almost feel like that can be really dangerous,” Hurst said. “Because it’s like everyone shuts off and says, ‘You know what, I don’t need to innovate anymore. I can just get back to business the old way.’ And I think that’s when companies really start to open up, and get an advantage because they’ve sort of said, ‘Hey, we’re going to keep investing while everybody else thinks it’s a bad idea.'”

First American doubles down on Endpoint with $150M in funding