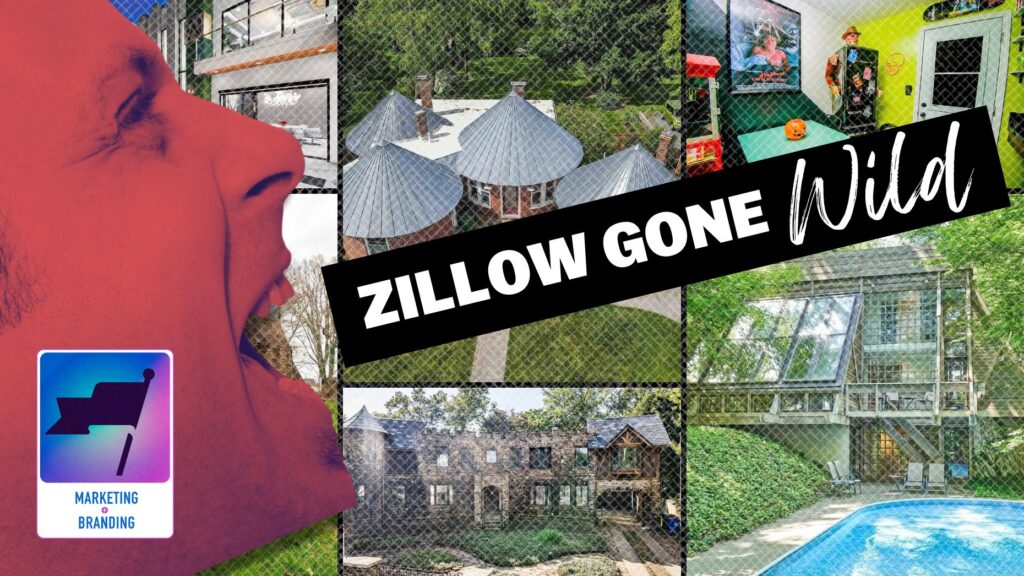 For some agents, a listing shared on the real estate-skewering Instagram page provided a boost — for others, not so much. Inman investigates five listings that got put through the wringer on ZGW.

September is Marketing and Branding Month at Inman. Tips for better branding and in-depth features on how to take advantage of marketing tools provided by Zillow, Redfin and other platforms are all in the works in addition to insights from experts. You’ll find it all at Inman, as well as our two-day virtual, flagship event, Your Playbook for the Fall Market, in October.

Keller Williams agent Brenda May’s initial reaction to learning her client’s dome-shaped home, at 7221 Beverly St. in Annandale, Virginia, had been featured on Zillow Gone Wild — the hugely popular social media page that shares some of the zaniest listings on Zillow to an audience of millions — was fear that ruthless commenters would tear the Igloo-shaped home apart.

Although she worked with a staging company to rid the house’s interior of some of the more outdated design elements and with a professional real estate photographer, the fear remained that homebuyers would not bite on something as unique as a dome-shaped home and instead opt for something more conventional and less round.

But contrary to her fears, May was surprised to find much of the online commentary is positive — some critics notwithstanding.

“For the very first time, I have to say that I like it,” one commenter wrote on Twitter.

“The living room is cozy, even with ceilings that high, I’d like to have parties there,” wrote another.

“Who wants to live in a planetarium?” one user posted.

Who wants to live in a planetarium?

Nevertheless, May managed to turn the home’s virality into productive marketing material for the listing.

“I used it when reaching out to people,” she told Inman in an interview. “I felt especially that younger buyers might be ready for a home with a dome.”

May found that being featured on the page with a platform of nearly 2 million followers across multiple platforms brought the amount of interest in the house through the curved roof. The open houses she held were jampacked with oglers, some who were serious buyers, while others just wanted to get a look inside the structure — all of which was welcome attention, May said.

“I wanted to get one person through the door, let alone the hundreds we had come through,” she said.

Before the house’s presence on Zillow Gone Wild, May had held open houses with decent attendance and had even received several offers. But they were all well below the $850,000 asking price her sellers hoped to get for the house — exactly what May had feared would happen when she took on the listing.

The throngs of people worked as an effective marketing strategy, May said, by communicating the amount of interest there was in the house to any serious buyers. After listing on April 6 for $849,000 — the same week the home was featured on Zillow Gone Wild — May closed the deal for $800,000 on June 1.

The domed house with its geometric, interior walls and cavernous, rounded ceilings is far from the most eccentric house featured on Zillow Gone Wild. The page, run by BuzzFeed social media wizard Samir Mezrahi, has garnered a loyal following by curating and sharing the wackiest and gaudiest listings Zillow has to offer including homes with subterranean caves attached to them, completely underground homes and guitar-shaped homes, attracting an audience eager to roast and appreciate some of the more nontraditional homes out there.

The page has shared hundreds of listings since its inception in December 2020, amid a surge of interest in entertaining real estate listings that spawned dozens of other pages like “Zillowtastrophes” on TikTok and the milder “For the Love of Old Houses.”

The page’s reach is such that its most viral listings often spur news cycles, such as the infamous “Welcome to Poundtown” house that inspired a flurry of news coverage.

For agents whose listings are featured on the page, the results can be a mixed bag; but, somewhat surprisingly, more often than not the added attention can aid in making a sale, agents told Inman.

In addition to May, Inman caught up with four more agents whose listings were featured on the page to talk about the Zillow Gone Wild effect. 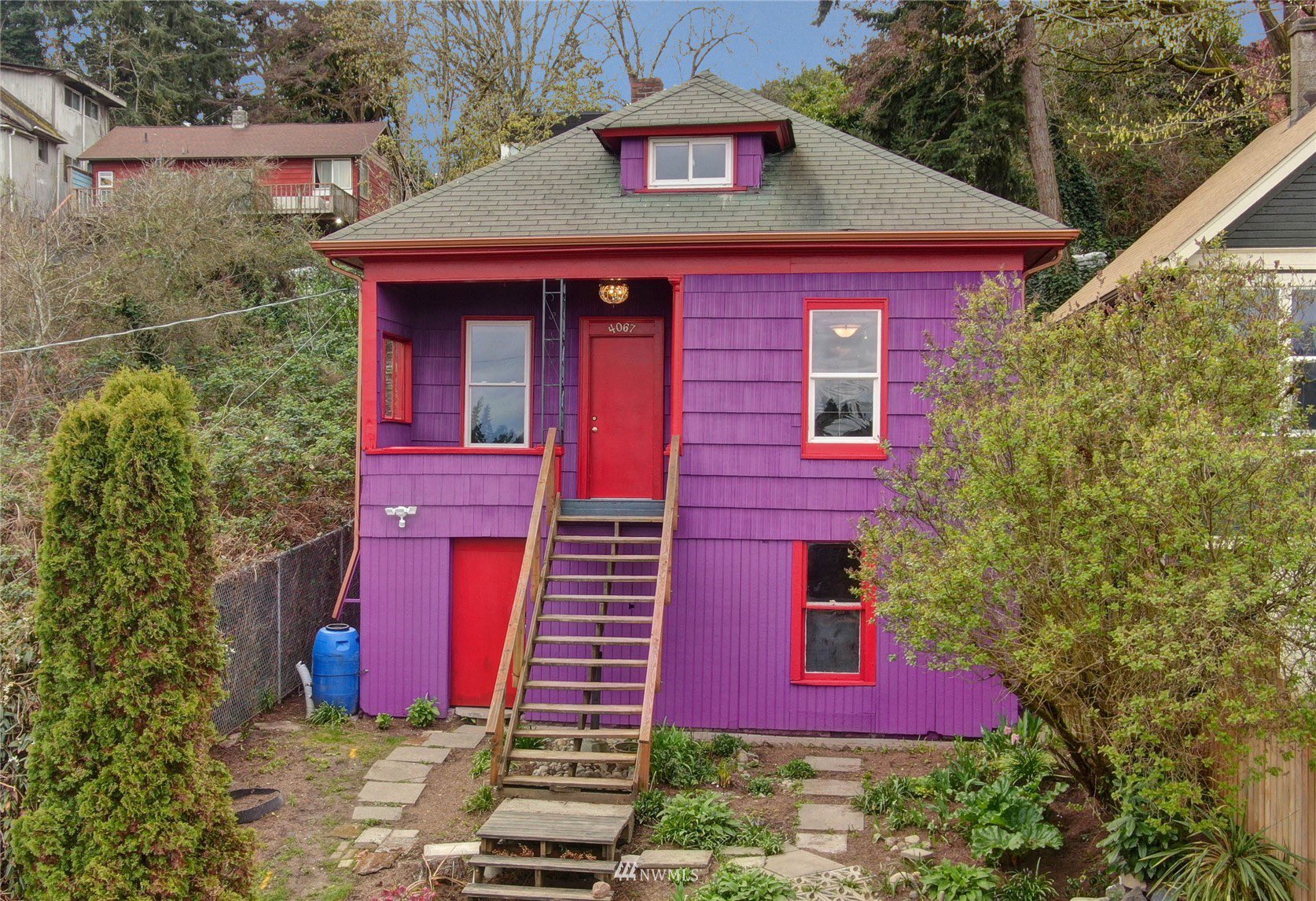 What Zillow Gone Wild said: “Everyone seems to love this Seattle home.”

Windermere agent Erik Stanford knew he had a unique listing.

The bungalow, at 4067 Letitia Ave. S. in the Columbia City neighborhood of Seattle, had been the home of an artist for more than 30 years, during which time he had decorated it to the extreme with such unique touches as a ceiling plastered with various board games, a collection of wall-mounted toy ray guns, a spiral motif on the kitchen floor and a bright purple exterior that makes the house stand out from afar.

Once the listing was featured on Zillow Gone Wild and another page called “For The Love of Old Houses,” word spread throughout Seattle, and attention for the home shot through the roof — especially among artistic types — with groups of colorful-haired viewers lining up outside the open houses.

“As soon as it hit Zillow Gone Wild and For The Love of Old Houses there was a notable difference, I’d never had anything like this,” Stanford said. “It was many many more times exposure than I usually get, and I do paid advertising.”

The heightened attention eventually led to a multiple offer situation, and the house sold for over $200,000 more than its listing price on April 19 after listing for $478,000 on March 31.

Finally a house that matches my ADHD brain 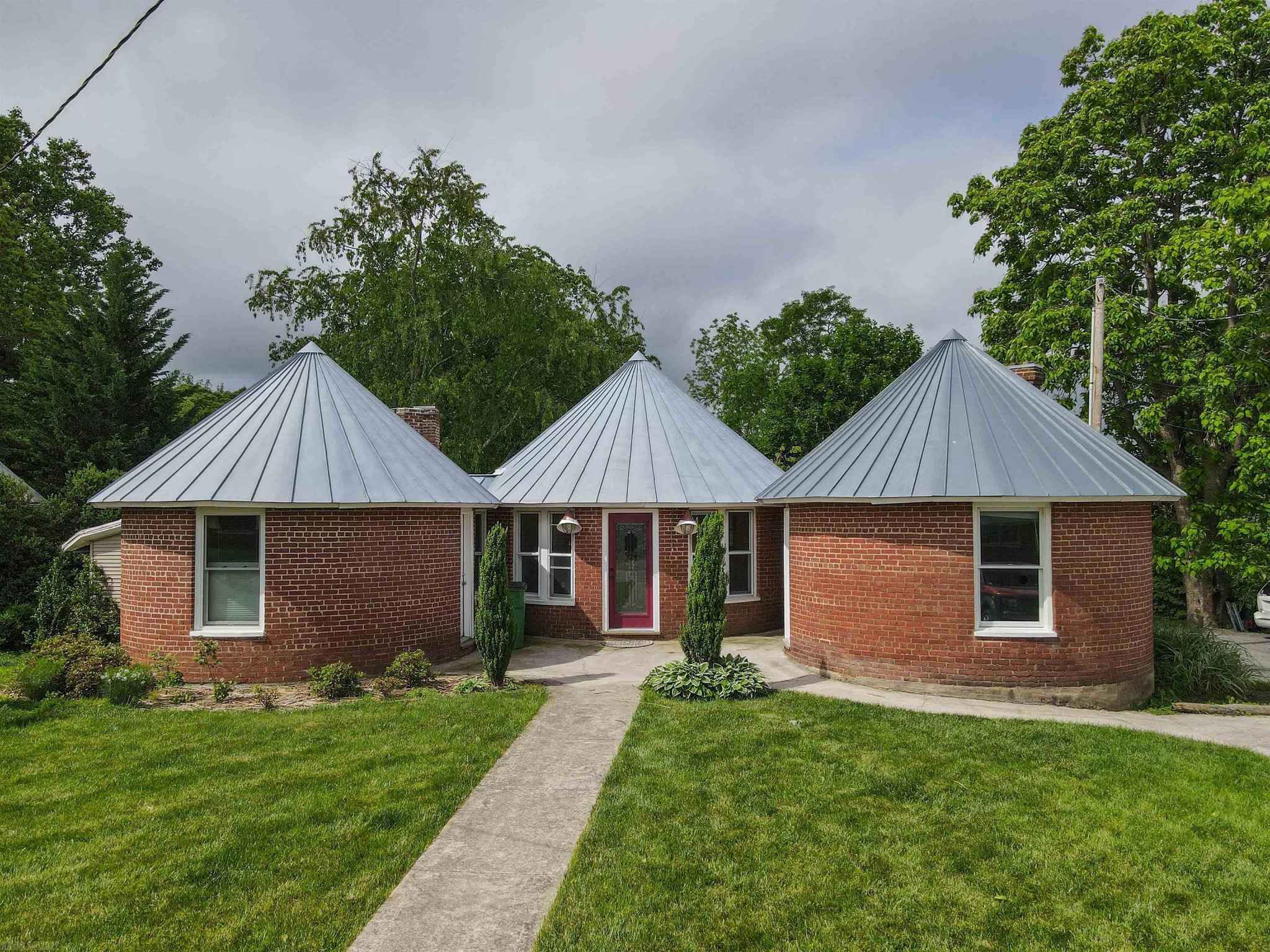 Standout feature: House is made up of three connected hut-like structures

“The Huts,” at 303 S. Franklin St. in Christianburg Virginia, are a local curiosity, custom-built in 1920 to resemble where its first owner lived in Rhodesia, a region in south-central Africa. The home was once described as “the most unusual house in the world” by Architectural Review Magazine.

RE/MAX agent Andy Washburn wasn’t surprised when it went under contract relatively soon after its listing. Soon after it went under contract, he noticed it had been featured on Zillow Gone Wild. While the sale was already in progress, he took note of the amount of attention it brought to the listing. Before the home was featured on Zillow Gone Wild it had roughly 12,000 views on Zillow, already a large amount for the area due to its status as a local oddity. After it was featured, it was viewed by more than 60,000 people.

The signal boost helped create a sense of mind for the sellers, who knew that even if their first deal fell through they would likely be able to find another.

“It gave them some peace of mind that there was tons of interest out there if it didn’t work out,” Washburn said. “We already had six other offers plus probably five or six other people who said ‘if this comes back on let me know.’”

Looks like the builders cut a lot of corners during construction 🤭 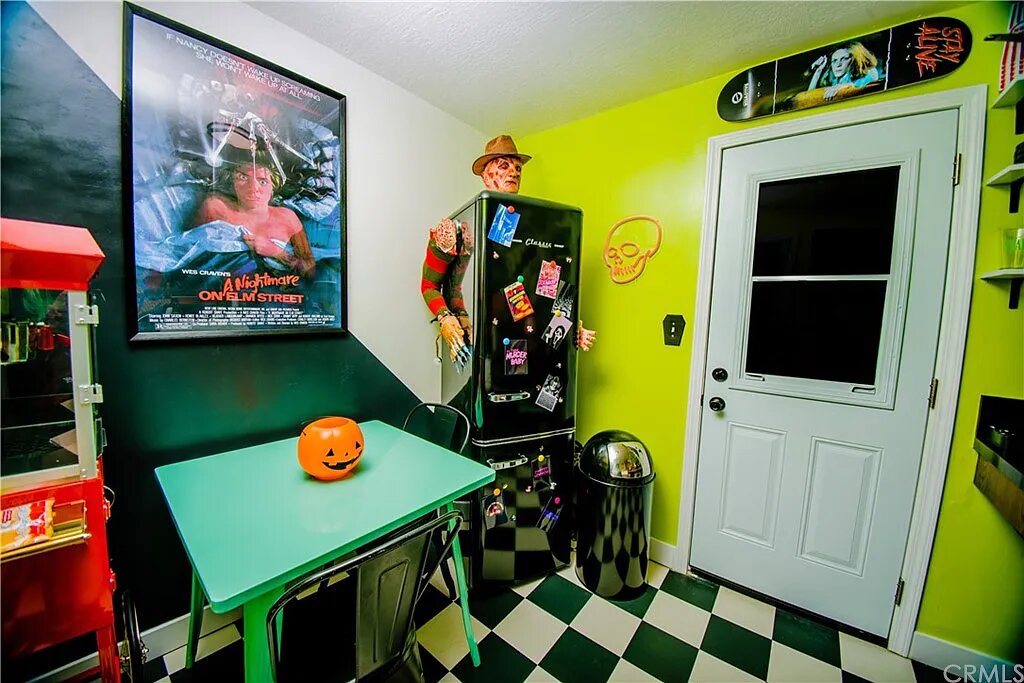 A Zillow Gone Wild feature usually brings about a good amount of attention toward listings, but that attention does not always come from potential buyers.

RE/MAX agent Scott Winetsky learned this when the 1980s horror-themed bungalow he was selling, at 40110 Mahanoy Lane in Big Bear Lake, California, was featured on the page in March.

Winetsky saw traffic to the listing shoot through the roof and fielded calls from multiple journalists who wanted to write stories about the creepy bungalow. But this attention was slow to turn into offers, or even requests for showings, and the house sat on the market for months before eventually selling for $449,000 on June 1, after listing for $450,000 on March 24, after most of the fanfare surrounding it had long died off.

Winetsky told Inman he suspects the intensity of the niche decoration of the house is what contributed to it lingering on the market for as long as it did despite all the attention.

“The property is very niche, it’s not something that has wide appeal for everybody, plus it’s a duplex that’s kind of small” he said. “So granted, the audience isn’t that wide.” 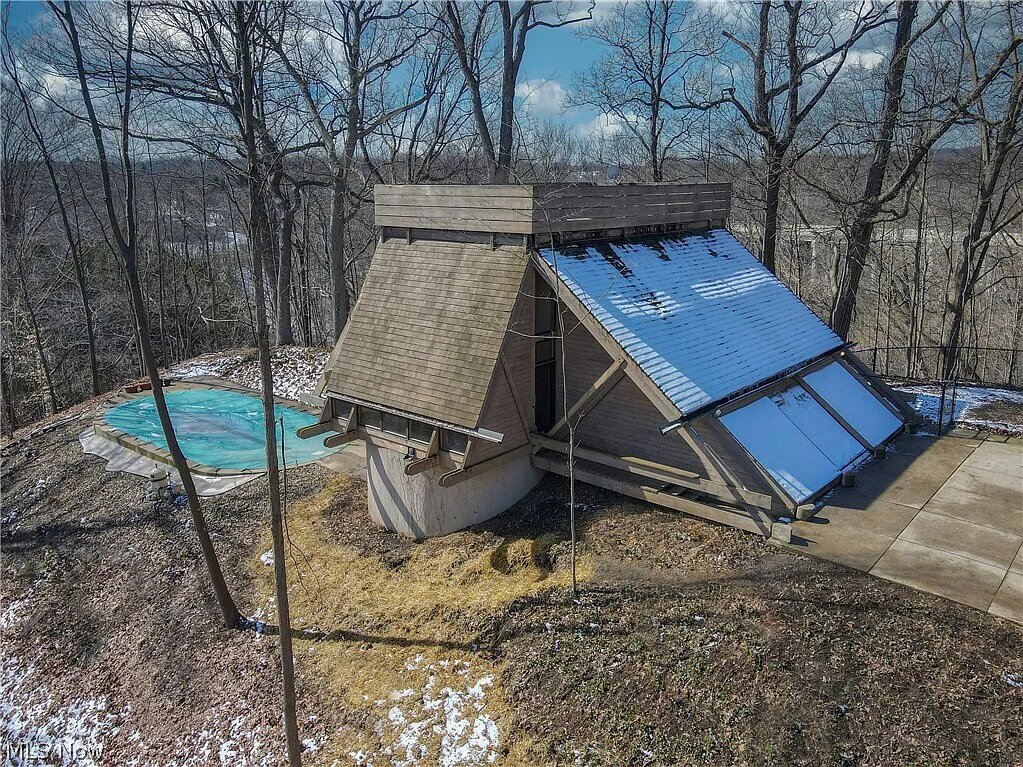 EXp agent Amanda Carter spent her usual budget on marketing the $475,000 modernist cabin, at 840 Heritage Lane in Akron, Ohio, hiring the best photographers and videographers in the area for the listing along with a staging company. So she wasn’t surprised when the house already had an offer less than a week after it was listed on April 8.

When the angular home, designed and built by a local architect in 1985 who was its sole owner until the 2020s, was featured on Zillow Gone Wild, two offers had already been made. But Carter said she got a kick out of reading people’s takes on the house, which either seemed to straddle “love” or “hate” with little room in between.

“I thought it was hilarious,” she said. “The first thing you do as a listing agent is get on there and start reading people’s comments. Some people love it and some people hate it, and it takes a lot with certain people to hold your tongue.”

Despite getting two early offers, the extra attention ended up being useful.

All the showings and extra attention ended up being unnecessary, as the buyer ended up being the listing photographer, who fell in love with the house and purchased it in June after photographing it in April. The deal closed for $438,000 on June 10.

“She shot it and ever since she was in there she was like ‘I am obsessed with this home, I have to get my husband in there,'” Carter said. “They weren’t even thinking of moving.”

Fairly certain my son built this exact house on Minecraft 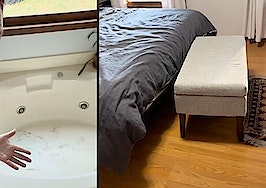 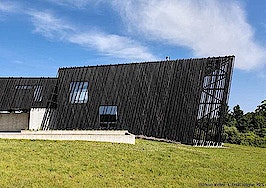