RPR will continue to offer its “core” product via its website and mobile app: a national database with more than 166 million parcels of property…

AMP was designed to be a back-end multiple listing service database for small and medium-sized MLSs. NAR’s board of directors approved $12 million in funding for it and a separate, but related project for centralized real estate property data called Upstream in May 2015.

AMP was to be based on the latest data standards and would be able to connect to any standards-based “front end” chosen by real estate brokers. Front ends are the agent-facing part of the MLS, where agents enter and edit their listings and perform comparative market analyses and other functions.

Currently, most MLS front-ends and back-ends are combined and handled by one vendor. Many in the industry hoped AMP could encourage vendors to develop a variety of “front ends of choice.” AMP was also to be a new revenue source for RPR, a profit-less company that has cost nearly $180 million since its inception.

In addition to ending AMP, RPR will also take action “to reduce its overall operating costs by at least 20 percent in 2019; those savings will be reallocated to help fund other higher priority NAR initiatives,” the trade group said in its release.

What those initiatives will be has yet to be determined, but those funds could go toward NAR’s lobbying arm, the Realtor Party, and new initiatives new NAR CEO Bob Goldberg outlined for the association in August, NAR spokeswoman Sara Wiskerchen told Inman via email.

In November, NAR announced it was considering increasing its political advocacy spending by $30 million annually, which could lead to an increase in annual dues per member if the trade group decides not to shift spending elsewhere.

Before today’s announcement, NAR had agreed to fund RPR to the tune of an additional $23.5 million in 2018, and the company asked for an additional $24 million in 2019. While 2018 spending has already been approved, NAR’s leadership team and RPR’s senior management “will look at where funds can be better utilized and any cost savings achieved,” Wiskerchen said.

When asked whether RPR will ask the NAR board in May for 20 percent less funding for 2019 than $24 million, Wiskerchen said, “RPR will operate with less funding dollars in 2019 per the direction of NAR CEO and RPR Chair Bob Goldberg.”

Goldberg made the decision to suspend and immediately wind down AMP as part of an organizational review of NAR and its subsidiaries, including RPR, according to the news release. In January, NAR announced changes to the organization’s structure to improve member engagement.

“I vowed a full review of the organization and its programs when I assumed the role of CEO to ensure we provide the best value to our members. Suspending funding for AMP will allow RPR to refocus its resources on delivering the best user experience to Realtors,” Goldberg said in a statement.

“NAR will continue offering its full support to the MLS and MLS-vendor community as it moves toward an environment that fosters greater innovation and allows for faster and easier technology integration.”

When asked why AMP specifically was suspended, NAR’s Wiskerchen said, “Suspending AMP, in addition to saving us money, removes an ongoing irritant, as it was perceived to be contradicting our mission to help facilitate and encourage MLS mergers that make sense in our industry.”

NAR also acknowledged that AMP was behind schedule and had yet to launch, though did not respond to a question asking what the project’s specific problems were. “Yes, after a two-year commitment of funds from NAR and with pilot testing still not started, NAR’s CEO and leadership team determined that AMP was not a core area of focus for NAR or RPR,” Wiskerchen said.

AMP’s $6 million share of the $12 million in funding allotted to AMP and Upstream in May 2015 ran out at the end of 2017, according to Wiskerchen.

“[I]t will take some time to wind down the program and costs before we realize the full cost savings,” Wiskerchen said.

In an email to the head of an MLS that was to be an AMP pilot market, NAR left the door open to bring the AMP project back in the future.

“The AMP program will be suspended and begin winding down its operations as of February 1, 2018. This status is expected to be in place for the next few years,” the email said.

“This means that the planned AMP Pilot market projects, including the one in your market, have been suspended.”

RPR will continue to offer its “core” product via its website and mobile app: a national database with more than 166 million parcels of residential and commercial property. The database, available at no additional cost to all Realtors, offers custom data tools and market reports enhanced with MLS data licensed from 95 percent of the nation’s MLSs. Only 12 percent of overall NAR members use the database more than once a month.

“RPR’s goal has always been to support the core competence of its members by creating a national platform of property information; suspending AMP development allows RPR to refocus on that mission and our core member benefit products, as well as ensure delivery of Upstream so that brokers have more control over their listing data,” said RPR CEO Dale Ross in a statement.

When NAR directors approved funding for Upstream and AMP in May 2015, it was with the understanding that Upstream would leverage AMP. But NAR’s Wiskerchen said AMP’s suspension would not affect Upstream’s development.

“Both AMP and Upstream are built on the core foundation of RPR. That foundation includes elements of an application programming interface, or API, framework, as well as a data model and a business rules framework — all of these are core functions of RPR. Therefore, the suspension of AMP changes nothing in the ongoing development of Upstream technology or how it will continue going forward,” she said.

In May 2017, NAR’s board of directors approved an additional $9 million in funding for Upstream, the national broker data platform RPR is building that is 20 months behind schedule and counting, through 2018. Upstream will assume all costs and be responsible for determining future funding and program direction starting January 2019, NAR said.

When asked whether this means there will be no additional funding requests for Upstream brought to the NAR board, Wiskerchen said, “At this time, we do not anticipate any further funding requests.”

Editor’s note: This story has been updated with comments from NAR. 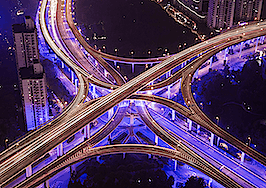