Disruptors are invading the real estate industry, but traditional brokerages can fight back.

Last week, I got a call from OB Jacobi, president of family-owned Windermere Real Estate, known for its innovations, its West Coast market might and its integrity in the grizzly Northwest property scene.

I was overseas at a noisy dinner and the cell phone reception was fuzzy, but the frustration in Jacobi’s voice transcended global satellite hiccups. I walked outdoors and listened closely to this respected  company owner who was feeling unfairly gutted by a potent new competitor. 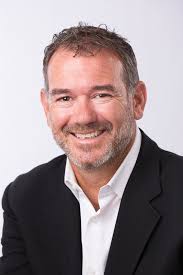 He was upset with Compass, the tech brokerage that has invaded the U.S. real estate market like an alien spacecraft that’s not playing friendly with legacy real estate companies. This is Armus from Star Trek: The Next Generation, not E.T. from the Steven Spielberg alien feel-good movie.

Specifically, Jacobi was unnerved by claims that Compass co-founder and CEO Robert Reffkin had made on CNBC last week.

He appeared on the show’s Squawk Box in a segment dubbed “Disrupting Home Buying” where he said, “We just launched Seattle five weeks ago, and we already have 5 percent market share.”

Windermere fired off a memo to the CNBC producers with MLS data, claiming that in a most optimistic scenario (using “total seller’s dollar volume of homes sold”) that Compass might be able to claim a 2.8 percent share. By all other measures, it was less than 2 percent, charged Windermere.

A Compass spokesperson said the company stands by its number. “The 5 percent reflects the last 12 months volume of the agents that have started and resigned at other firms to transition to Compass versus the last 12 months of the overall market volume,” said Julie Binder of Compass.

In the end, none of this is about who is using the most credible numbers.

“This is an industry that competes, no doubt,” Jacobi said, “But it has always been a self-policing industry. When a competitor claims something we disagree with, we talk things out and try to resolve the situation.”

The current competitive dynamic is more like an intergalactic war, where you do not commiserate with the alien enemy.

And it is more than alleged market share exaggerations that has Jacobi and other brokers around the country seething about Compass and its tactics.

Reffkin is proving to be a ruthless competitor, more in the mold of tech industry characters like Bill Gates back in the day and more recently Facebook’s Mark Zuckerberg and Uber’s Travis Kalanick.  They all play to win, mowing down anyone in their way, grabbing market share, dispensing with traditions and making bold claims.

“Our intention isn’t to make brokerage firm owners angry. Our single focus is to improve the lives of agents and help them make more money,” Reffkin said.

Compass moves into a market like an alien starship. First, they use their mighty financial clout (they closed a $450 million round from tech money whale Softbank late last year) to scoop up top-performing agents with over-the-moon compensation packages, lavish offices and a mound of marketing and technology commitments.

Reffkin calls it “agent support” that he says many brokers do not provide. His long-term vision is building a technology platform for these high-performing agents.

In the meantime, the fight is on, and there is blood in the streets. For example, Compass is wooing top managers from the leading firms, leveling a blow to the mid-section of its broker-owner prey.

Compass is also putting up billboards with messages like, “The Future of Real Estate Has Arrived in Seattle.” Their marketing hubris rattles firms like Windermere who pride themselves on their innovations over the past 25 years.

But this is not a Death Star scenario.

Brokerages like @properties in Chicago are wielding their own version of the Imperial Stormtrooper blaster, putting up their own billboards, dissing Compass for being an outsider. 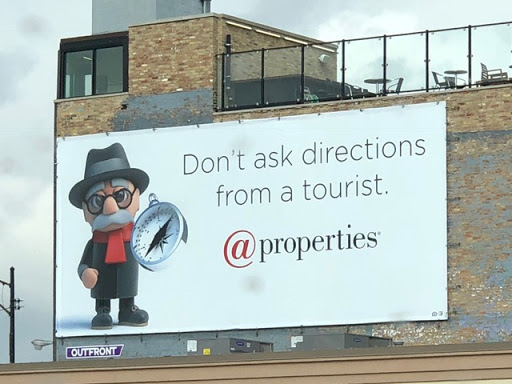 @properties takes a swipe at Compass in Chicago

It may be time for broker-owners to act more like the superhero team the Avengers from Marvel, and not behave like the weak-kneed disrupted. And for those playing the Pharrell William’s Happy Song over and over and asking not to be bothered with disruption stories, get a grip and toughen up. You are fighting a formidable force so you might need to don a cape, throw up a shield and wield a sword.

Established broker-owners have assets that are the envy of companies like Redfin and Compass. They still have most of the best agents and the most experienced managers. They have leverage with their market knowledge and their deep local market penetration. They have loyal customers, and they generally have enviable reputations like Windermere’s.

Plus, in this fierce new universe, some of their older peers will not survive. While some battles may be lost to the RedCom (Redfin and Compass) invasion, the aggressive and established firms can take share from the weaker broker-owners who will not survive the tech broker onslaught.

And hey, with a name like OB Jacobi, firms like Windermere should be just fine in the new real estate galaxy. 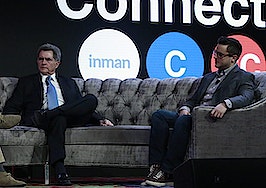 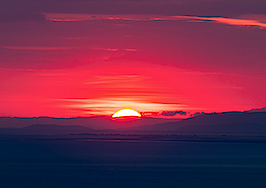 Can good come from our next housing crisis? 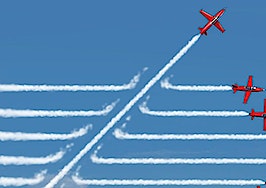 The trinity of capital, passion and brains is rocking real estate 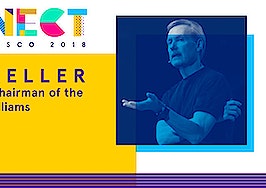 How to pivot like a champion: Gary Keller on stage at Inman Connect San Francisco