Industry veteran Russ Cofano is joining app-based brokerage Real as its president and co-founder, the company announced on Monday.

Russ Cofano, the new president and co-founder of Real

“Real has been spending the last four years building a really, really significant piece of technology in its app, and it’s got an amazing team and a culture that I align with from CEO Tamir Poleg on down,” Cofano told Inman Monday, when reached by phone.

Real uses mobile apps both for agents and their clients. It provides agents with the ability to build their own custom-branded, consumer-facing apps for Apple iPhones (iOS) and Google Android devices, which agents can manage through the main Real app.

The company recently purged an estimated 40 percent of its agents who were non-producers to focus on a new business model with higher commission splits and stock options for agents, according to Cofano. The “co-founder title” — a curious one for a company founded in 2014 — comes from that new direction.

“This is sort of to indicate a new focus of the company in terms of growth and business model, focused not just on agent count but agent count of top-producing agents,” said Cofano. “The goal is to provide the best economic and value-based solutions for tech-savvy agents who don’t need a brick-and-mortar office.”

“In terms of a split, it’s about the best you can get,” Cofano said. “And we think we can operate a really profitable business based upon a high growth rate of agents.”

Real also rolled out its profit-sharing model last week and told Inman it hopes agents will own 15 percent to 20 percent of the company within a few years.

“We believe that’s a key differentiator in the terms of the brokerage world,” Cofano said. “Very few brokerages companies really look at their agents as partners and co-owners. This model is really designed to deliver services to top-producing agents and teams and giving them the ability to build the company and share in both short-term and long-term benefits.”

Cofano has previously served as president and general counsel at eXp World Holdings, operator of real estate brokerage eXp Realty, a position from which he resigned last July. While Cofano was at the helm of eXp World Holdings, the company nearly tripled its agent count.

While the resemblance to eXp Realty is obvious beyond the presence of Cofano — the lack of brick-and-mortar offices, stock compensation for agents — Cofano declined to comment on the comparisons, saying eXp is doing some “great things,” and are “their own company.”

In a statement, Poleg, the co-founder and CEO of Real, praised Cofano’s past experience and said he will be a key partner in helping agents cross the bridge from traditional brokerage models to Real.

“The brokerage industry is going through massive change, and [Cofano’s] high-level experiences will be instrumental in helping us continue to build out an agent experience that will make Real top-of-mind as agents consider their options,” said Poleg.

Update: Story was updated to remove inaccuracy regarding Real’s commission split, which has always been 85-15. 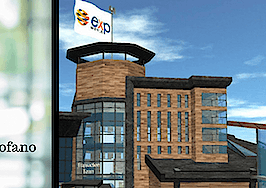 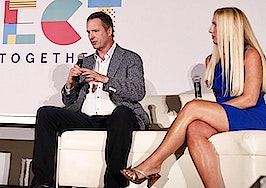 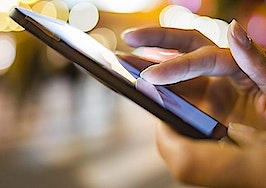 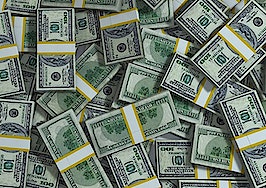 Sick of defending your commission? Here's what you need to make your case