Kendrick Realty spends $125,000 a month on lead generation for its 40 agents. That’s more than $3,000 a month, per agent. It’s an astounding number for members of the real estate community, but if you ask Luke Monroe, founder and chief executive officer of Kendrick Realty, it’s working.

Kendrick Realty spends a whopping $125,000 a month on lead generation for its 40 agents. That’s more than $3,000 a month, per agent. It’s an astounding number for members of the real estate community, but if you ask Luke Monroe, founder and chief executive officer of Kendrick Realty, it’s working.

The company ensures the return on investment on Zillow, realtor.com and elsewhere by focusing heavily on agent training and making sure agents are meeting daily goals. It also saves significantly on overhead costs by operating as a hybrid virtual brokerage, which cuts down on people and office costs.

“That number is just going to lead generation,” said Monroe, who before launching his brokerage invested in fixing and flipping homes. “That’s the dollar spend. You can check my American Express credit card statement. That number is exclusive of other costs that go towards running a brokerage.”

Most of the money invested in lead generation is through advertising on realtor.com and Zillow’s Premier Agent program, Lucas said, adding that the firm has also used six small companies for lead generation, which he declined to name.

Kendrick Realty is partially able to invest so heavily in lead generation because the company saves elsewhere. The company operates as a hybrid virtual brokerage, with a few brick and mortar offices – in Florida and California – according to Dan Sundberg, a director and Realtor with Kendrick.

“Most other brokerages would have an office in each of the cities [they cover] and that incurs a lot of overhead, a lot of management expense – you need someone to run that office, you need supplies for that office – and then you have to start bringing on a lot of agents to cover those expenses,” said Sundberg.

Sundberg added that Kendrick Realty isn’t a place to just hang a license.

It’s that sort of attitude that makes the massive spend worth it. Because Kendrick Realty isn’t just investing in lead generation, it’s also ensuring that investment is falling in the right hands.

The company developed an in-house customer relationship management (CRM) tool to help manage the heavy flow of leads. When Kendrick Realty first launched, they deployed a number of CRMs, but since nobody was taking a similar business approach, it was hard to find one that was perfect, so they just built one themselves.

The company currently has about 40 agents split between northern California and Florida and each one of them is on a very goal-oriented approach to the business. Each agent meets monthly with management to discuss exactly how much Kendrick Realty has invested and what that return is for the company.

Each agent starts the year with a financial goal in mind – for example, a goal of $150,000 – then management sets up a point-based system to help them achieve that goal. Agents earn points from interacting with the company’s (CRM), for making phone calls or sending text messages, for showing houses and closing deals, among others.

“We want everything to be productivity-based and we want the average income for our agents to be well into the six figures,” said Monroe.

The company can also ensure that it’s doing everything it can on its end to provide the agents with everything they need to hit that financial goal.

Another important step to ensure a return on investment, is training, a process that Kendrick Realty also developed in-house.

“We spend a huge amount of time on training our agents and that’s all developed in-house too,” Sundberg said. “We take little nuggets of wisdom here and there and refine it, but we developed a lot of proprietary training for our agents.”

Sundberg said the company has spent a lot of money on agents so they want to make sure they’re well prepared to handle the consumer that the leads bring in, whether it’s having a phone conversation, making the best impression in the field or writing the best offers to ensuring the deal stays in contract.

Sundberg said 95 percent of the agents that go through the company’s initial three-day training boot camp, come out with showings set up for that weekend. At least 50-60 percent have a home under contract in the first month.

Looking ahead, Kendrick Realty is seeking to take its model on the West Coast, where the company is eying six more offices. Sundberg said the company is scouting Orange County, Los Angeles, San Diego, Portland and Seattle as potential locations. 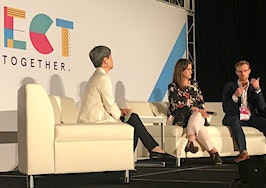 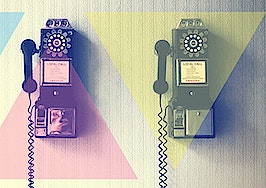 How to cold call the right way in real estate 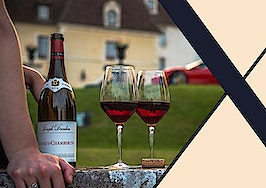 How to forge and maintain those lucrative luxury client connections 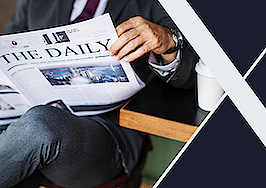