rawpixel on Unsplash
by Bernice Ross
You successfully shared the article.
Close

As real estate agents, we often deal with volatile situations where emotions run high and disputes are common. These four steps will protect you in the case of arbitration, litigation and mixed-up memories.

As real estate agents, we often deal with volatile situations where emotions run high and disputes are common. What steps can you take to limit your exposure in each transaction you conduct? And if you must go to court, how can you increase the probability that you will prevail?

The nature of court battles

I often think about how high the stakes can be in real estate disputes, especially when there is a divorce or custody battle.

If you have ever served on a jury, been sued or participated in a Board of Realtors arbitration, chances are you’ve witnessed this phenomenon first hand. In fact, sometimes the testimony from the warring parties is so diametrically different that they seem to be describing two entirely different events.

To understand why two people can have such different accounts of the same experience, it’s important to understand how memories are made and stored.

Most people believe their memory works like a video recorder that plays back an exact replica of the event. Research has shown, however, that your memory works much more like Voice over Internet Protocol (VoIP) where the outgoing message is broken into tiny packets of data.

In the case of VoIP, these data packets travel over the internet and are reassembled on the receiving end. It’s the reconstruction process that creates garbled calls and contributes to buffering issues when you are streaming online.

Elizabeth F. Loftus, one of the most respected experts in the field of memory research, describes a similar process in terms of how human memory works. The following is an excerpt from an article in Scientific American that explains her take:

The act of remembering, says eminent memory researcher and psychologist Elizabeth F. Loftus of the University of California, Irvine, is “more akin to putting puzzle pieces together than retrieving a video recording.” Even questioning by a lawyer can alter the witness’s testimony because fragments of the memory may unknowingly be combined with information provided by the questioner, leading to inaccurate recall.

If you have ever been unable to recall a person’s name, you have experienced how memories are reassembled in bits and pieces. As you search for clues, you remember where the person works, where you last saw the person and a host of other information — but the name still eludes you. You may even run through the alphabet to see if that process will trigger your memory.

Physiologically, your brain is reconstructing the “packets” of memory (i.e., the “packets” stored in your RNA and DNA). Like any puzzle, sometimes the pieces go together well and sometimes, like garbled VoIP phone calls, they don’t.

How accurate are eyewitnesses?

Loftus has spent decades conducting extensive research on eyewitness testimony. While juries tend to believe what eyewitnesses report, her research demonstrates how false memories are created.

In one of her most compelling studies, subjects were given accounts of four different events — three they had actually experienced and one they had not. A relative of the subject provided realistic details for the false story, and after the subjects read all four stories, they were asked if they remembered each event. About a third of the subjects reported partially or fully remembering the false events.

Based upon this and subsequent studies, Loftus says “just because someone says something confidently doesn’t mean it’s true.”

Best practices for protecting yourself and your business

Given the current research about how memory works, it seems fair to say that our memories are much more fallible than we realize. This means that we often get the facts wrong simply because of how our brains are wired.

To minimize the risk of being involved in a dispute, here’s what to do:

Commission disputes, especially over procuring cause, are extremely common. In most cases, having your buyer sign an exclusive buyer agreement as soon as you agree to work together is the best way to show that you are owed the commission.

Even if the buyer refuses to sign an exclusive buyer agreement, most states require that you establish your agency relationship when you first start working with the client. Avoid taking the buyer out to see property or writing an offer until the agency documents are signed.

To further protect yourself, use Google Maps or other mapping applications to lay out your showing itineraries — and be sure to include exactly when you showed the property. Also, make sure to note in your customer relationship manager (CRM) or calendar the specific time you contacted the listing agent to arrange the showing.

2. Prep for the 6-month protection period

It’s common for listings to have a six-month protection period once the listing expires. If the seller lists with a different agent, be sure that both the listing agent and the seller receive a list of the buyers who saw the property while it was listed with you.

To enforce the provision, FedEx the seller and the listing agent a written list of the buyers covered by the protection period. Do this no later than the day the listing expires.

In most cases, if one of those buyers purchases during the protection period, you’re due a commission.

If you’re not using a digital signature app, such as DocuSign, that offers transaction tracking, start doing so now.

These apps provide a powerful digital paper trail that includes every email, text and document that is sent during the transaction, to whom it was sent and when it was opened.

If there’s ever a dispute with a client who claims he or she didn’t receive something or know about something, you will have undeniable evidence that proves exactly what happened.

When you’re busy, you seldom think about documenting what happens during your transaction. If there is even the slightest chance of a dispute, however, you’ll want to document even the smallest details.

Make notes of any conversations you have with those involved, send an email or text summarizing your understanding of what happened, and if it’s incorrect, ask the people involved to share their version in writing. This is another way to create a digital paper trail — use it!

Disputes are part of our business, but if you take the steps outlined above, you’re much less likely to experience a dispute, and if you do, you’ll be much more likely to prevail. 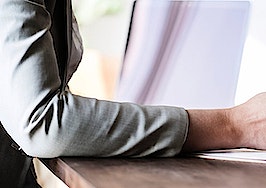 Want to start 2019 with more commission checks? Do these 5 things