Allen.G/Shutterstock.com
by Veronika Bondarenko
Share this article
You successfully shared the article.
Close

When it comes to public transit, big cities and their nearby suburbs are the clear winners  – New York, Union City, NJ, and San Francisco take the top spots, according to Redfin’s latest Transit Score report.

The survey, which looks at the number of routes as well as their proximity to different locations within the city, found that big cities in the Northeast far outweigh other parts of the country when it comes to transit.

Even though New York City dropped one point due to major changes and repairs on certain popular subway routes, the metropolis still beat all others when it comes to public transportation. Along with Union City and San Francisco, Cambridge, MA, Boston and Jersey City, NJ, all made Redfin’s list of top 10 transit cities.

“The outstanding public transportation options in the greater New York City area make it possible to live a car-free lifestyle, while still benefiting from all the area has to offer,” said New York-based Redfin market manager Nick Boniakowski in a prepared statement. “For many buyers, the home search starts with the commute, and these options allow residents to accomplish almost any task with a quick walk and a MetroCard.”

Access to public transit has always played a major role in determining home values — even as some analysts predict that this may become less true as car-share services become more common and self-driving cars become a reality.

Traditionally more car-dependent, the Midwest and the South had less convenient access to public transportation. San Francisco was the only non-northeast city to make the top 10. Chicago and Oak Park, IL, were the only Midwestern cities to crack the top 20.

Washington, D.C., meanwhile rose more than any other city in the country. The change could be partially the result of Amazon’s decision to bring its HQ2 headquarters to the D.C. suburb of Crystal City, according to Redfin. (Arlington, VA, which encompasses Crystal City, jumped in ranking as well.)

But as the numbers show, cities with the best public transportation also happen to be some of the most expensive in the country — which makes small towns and suburbs with great transit a particularly popular choice among first-time homebuyers.

“Housing affordability has become a nationwide concern, leading people to move away from big, expensive cities to smaller, affordable commuter towns and inland areas,” said Redfin chief economist Daryl Fairweather in a prepared statement. “Small cities that offer the best of both worlds–accessible public transit and relatively affordable homes for sale–are destined for strong growth in the coming years.” 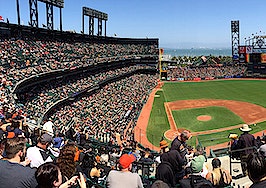 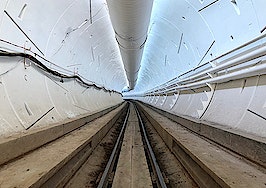 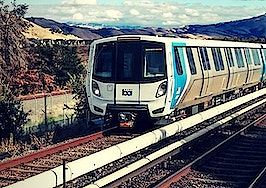